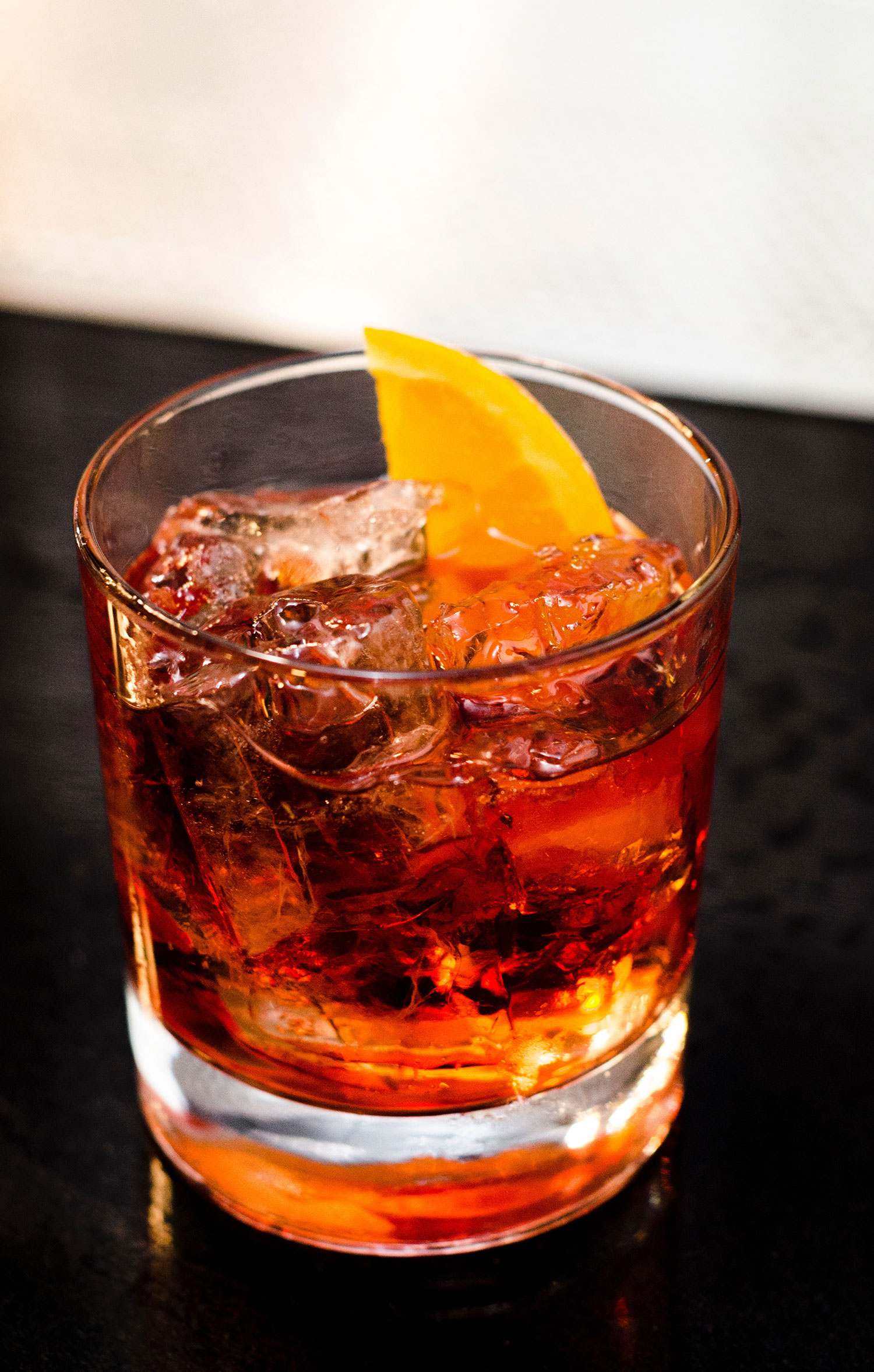 If you’re looking for a simple, great tasting cocktail the Boulevardier is a great choice. It’s especially good in the Autumn and Winter, because it’s spicy without the cinnamon, cloves and spices that are usually added to cold-weather cocktails. The drink is made with only has 3 ingredients, so it’s easy and quick to make, and it’s tasty enough to enjoy any time of the year.

Boulevardiers are made with bourbon whiskey, sweet vermouth and Campari. It was created sometime in the 1920’s, and the name is attributed to American-born writer, Erskine Gwynne. Gwynne founded a magazine in Paris with monthly publications called Boulevardier, as well, which ran from 1927-1932. During the 1920’s alcohol prohibition in the United States, a lot of bartenders fled to Europe. During this time, Campari wasn’t available in the States, and these bartenders and cocktail connoisseurs brought it back with them. The first time that the recipe for the Boulevardier was published was in bartender Harry MacElhone’s 1920’s book: ABC of Mixing Cocktails. This makes sense because MacElhone is the bartender who first made the Boulevardier for Gwynne. It’s not known which man actually came up with the idea for the cocktail recipe, with MacElhone admitting that Gwynne may have came into the bar with the recipe himself.

If you don’t speak French, you’re probably wondering what “boulevardier” means. Merriam-Webster’s definition of a boulevardier is: “a frequenter of the Parisian boulevards; broadly: man-about-town”. This makes a lot of sense in terms of who Erskine Gwynne was. Gwynne was a wealthy, a socialite with ties to the Vanderbilt family. With a popular magazine in Paris, it would stand to reason that Gwynne frequented some boulevards in Paris. So, the word “boulevardier” is a fitting name, both for the drink and his magazine publication. And, again, if you don’t speak French, it’s pronounced “bool-ah-vard-ee-ayy”.

Sometimes a Boulevardier is also referred to as a “Whiskey Negroni”. While it is similar to a Negroni, there’s a lot of distinction between a Boulevardier and a Negroni. Negronis are made with gin, vermouth and Campari. However, even though there is some controversy over the exact date that either drink was created, it is generally thought that the Boulevardier predates the Negroni. In terms of taste and composition, the Negroni is primarily made from gin, which makes a Negroni simple, crisp, citrusy and light on the pallet. A Boulevardier is made primarily from bourbon, which is not simply a matter of just substituting one spirit with another. There’s a major taste and pallet difference. Boulevardiers are a little bitter, a little sweet, warm and spicy. It’s also less bitter than a Negroni.

This classic drink has an air of sophistication, complexity and richness that are reflected in its name. It’s made a comeback recently and has began being served in bars around the country. Because of the Campari and vermouth, Boulevardiers make a great apertif. Recipes very in terms of the proportions of the ingredients it’s comprised of, which can result in different potencies. Depending on which type of spirits you use, a Boulevardier made with 30 proof vermouth and 80 proof bourbon results in a 50 proof drink (25% ABV). That’s pretty stout, and the cocktail is a smooth, easy-to-drink one, so you should probably limit how many you drink, even though you’ll most likely want more than one, simply because it’s tasty.

The Boulevardier Cocktail Recipe from The Spruce Eats:

Pour all of the ingredients (except orange twist) into a mixing glass that’s filled with ice. Stir for 30 seconds. Strain into a chilled cocktail glass, and garnish with orange twist.

The Boulevardier from Bon Apetit:

Combine the first three ingredients in a cocktail shaker with ice. Shake vigorously for about 20 seconds, or until the outside of the shaker is frosty. Strain into a cocktail glass with fresh ice and garnish with a lemon twist.

Chill a cocktail glass by either filling with ice or putting it in the freezer for about 5 minutes. Pour ingredients (except for orange twist) into mixing glass with ice and stir until well chilled. Strain into cocktail glass, garnish with orange twist and serve.

Pour all ingredients into a mixing glass with ice. Stir for around 20 seconds and then strain into chilled cocktail glass, garnish and serve.

*Note: This recipe is the closest to a Negroni, which uses a 1-1-1 ingredient proportion like this. 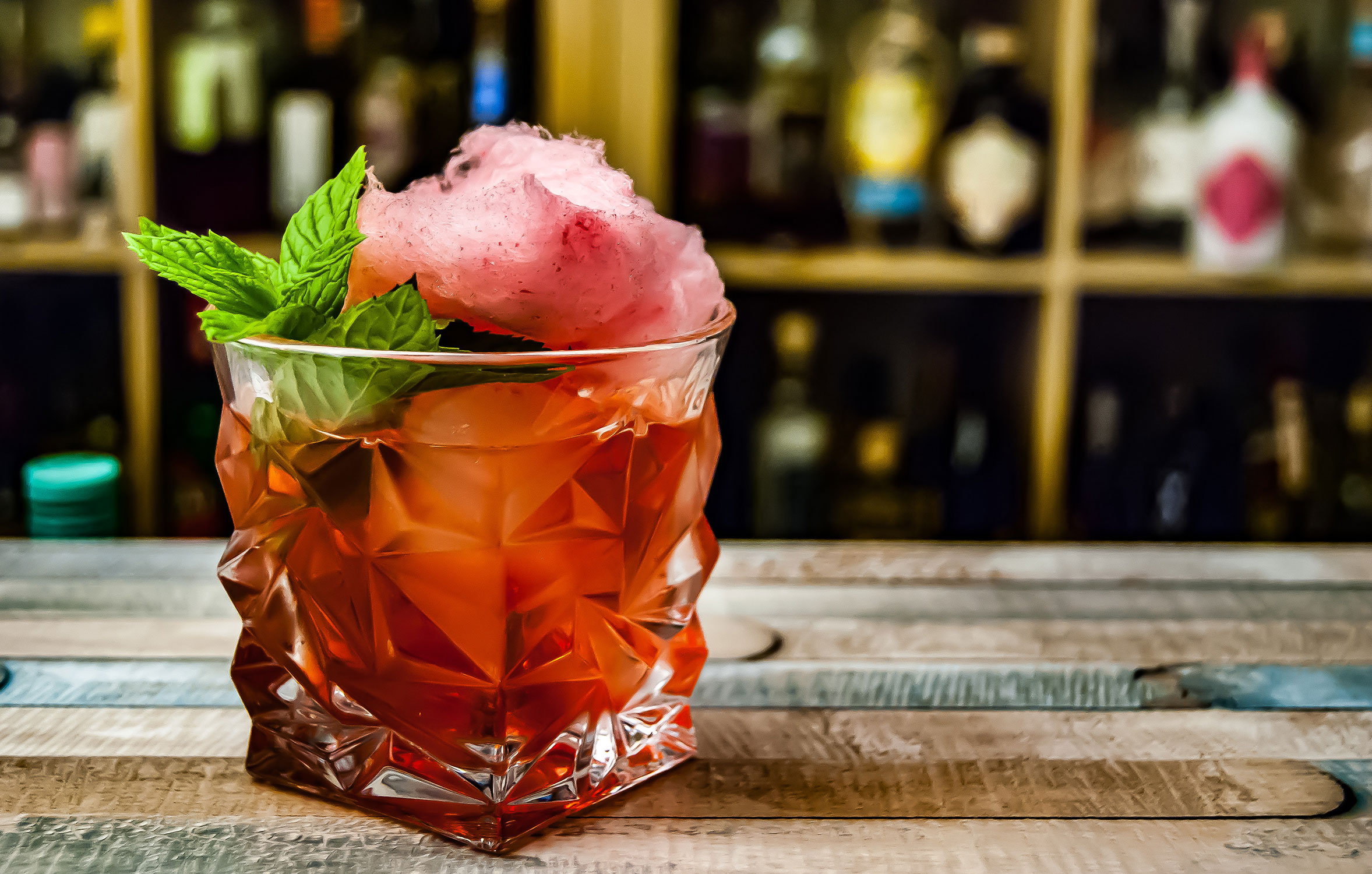 Add all ingredients to mixing glass filled with ice. Stir, then strain into cocktail glass. Garnish with an orange twist.

As you can see from the recipes on this list, recipes don’t vary in much, other than the proportions of alcohol used to make the drink, and the garnish used. Some people swear by orange twists to garnish this particular drink, and it’s the most widely used, but the citrusy flavors in the drink make it ideal for any sort of citrusy fruit, including lemons and cherries. As a matter of fact, Marissa from pinchandswirl.com swears by using marischino cherries for garnish, and says that using one big ice cube is best because it melts more slowly and doesn’t water the drink down. But, no matter what sort of proportion or garnish you use, you’re sure to love the taste of the Boulevardier cocktail.