There’s a unique feeling that comes with holding a bourbon. Maybe you have yours with ice, maybe you don’t. Maybe you’ve trawled the internet looking for which will actually help the taste, and which will hinder it. But the fact of the matter is that a glass full of bourbon, with or without ice, will make you feel filled like a man or woman of the world.

If you save the good stuff, you know the bottle, the one you hide at the back of your cupboard so that it’s safe, for functions, for writing, or for those relaxing evenings you get to yourself then you’ll know exactly what it’s like to hold a glass of bourbon.

Which are best for an old fashioned, though?

The old fashioned: A recipe

An old fashioned is a cocktail for the reader. The relaxer. The traveller that sits in his armchair and smiles at his old adventures. It can be for the life of the party. Their party trick is simply telling people the stories they’ve lived. Or it can be for the one that loves their own company.

A simple but tasty recipe for an old fashioned is this:

50ml of Whiskey or Bourbon

1 cube or teaspoon of sugar

2 or 3 dashes of angostura bitters depending on taste

1 twist of orange peel to garnish

Place the sugar and the bitters into a chilled rocks glass and muddle until mixed. If you want, you can add a dash of water to help the sugar to dissolve, this shouldn’t affect the taste much.

Then, add some of the whiskey/ bourbon and a few ice cubes and stir for 15-20 seconds. This will bring the alcohol down to a good temperature and help raise the melting point of the ice cubes. Then, depending on when the ice cubes have melted enough, add more whiskey/bourbon, then more ice and keep on stirring. Taste every once and a while to make sure it’s perfect.

Then, garnish with the orange peel.

But before all of that, there’s a big question: which is the best bourbon to use? Before you can even start mixing this drink and far before you can enjoy it, you’ll need to know this.

So maybe you’re in need of some extra insight. Something that’ll tell you exactly which bourbon will be the best, before you can fix your drink and stop at your desk in candlelight and type, just like Hemingway or other old-fashioned greats. We have the top six Bourbons for the old fashioned.

One of the best things about this bourbon is the price. It’s modest, but still has the flavour of something really, very premium. The oak ageing is instantly recognisable and adds a wealthy punch to the flavour. The price benefits the cocktail because not only does it mean that it isn’t essential to only use it for the cocktail, it also means that you’ll feel better about mixing it!

Even with the savoury and spicy tastes, though, it still manages to be smooth on your taste-buds. Yes, one of the best things about bourbons is the warmth it has when it goes down which makes you exhale in delight, but this still manages to have this and yet keeps its elegant smoothness.

This smoothness will benefit any cocktail, but especially the old fashioned as the bourbon is the most important part.

This is an easy bourbon. Easy on the taste and easy on its journey into your stomach. It is recommended for beginners, someone looking to break into the world of whisky and bourbon, but this doesn’t mean that it isn’t perfect for the old-fashioned bourbon drinker.

Sweet and easy is perfect for anyone relaxing by a fireplace in a cabin on those long winter nights.

This is a heavy hitter for an old fashioned. Widely agreed as the best bourbon to use for the drink due to it’s perfectly balanced alcohol content and mix of flavours such as tobacco, buttery chocolate, gingerbread and toffee.

What makes this bourbon even better for the old fashioned is that water doesn’t harm the taste, in fact, it can even improve the notes you’ll be tasting. 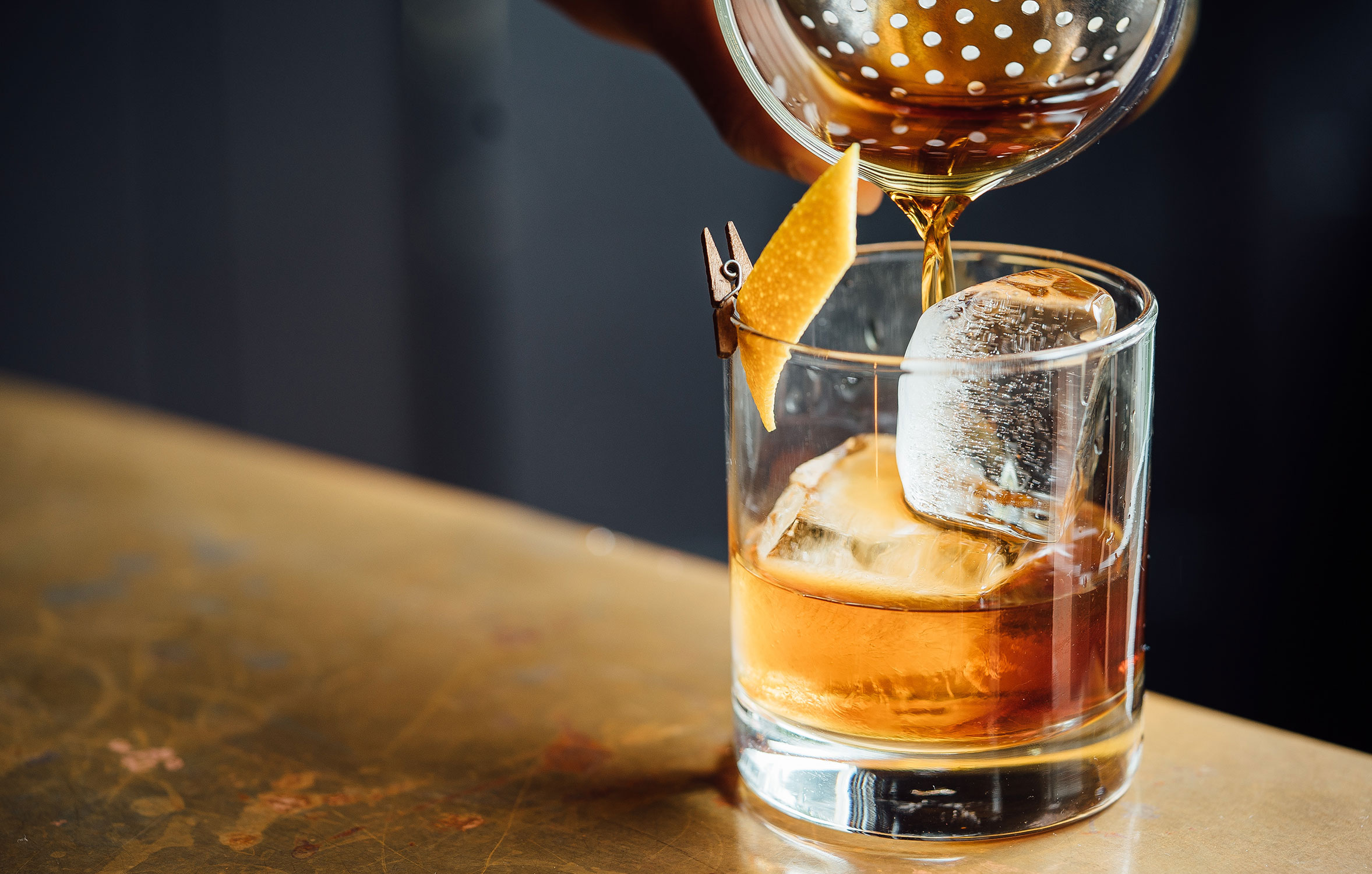 The alcohol content is easily what helps this bourbon improve any mix of drinks. Of course, it’s never recommended to have the bourbon with cola, but if you’ve decided on making yourself an old fashioned this bourbon will easily help emphasise the flavours of the other ingredients.

Even neat, this bourbon will taste like a dream in your mouth. It goes down warmly and smoothly, with dark toffee and cherry notes really hitting the spot. In an old fashioned, though, these flavours simply mix the drink into something even more impressive.

The bourbon for the connoisseur, the traveller. This bourbon will instantly make you feel like you’re in a log cabin in front of a warming fire no matter where you are in the world. This isn’t just because of the warming effect the bourbon will have on you, but also because it is American, through and through.

It’ll spice up any old fashioned as well. Its southern hospitality consisting of a lighter flavour of vanilla, mixed in with a darker, warmer feel of the malt and spices that go into this bourbon is sure to improve any old fashioned.

Much like FEW American Bourbon, this a drink for the frontiersman due to its origins. Elijah Craig was a pioneer himself, using oak barrels to help age his bourbon. The result, a warm, wooden, taste that brought his drinks to the next level.

Again, giving you that sweet vanilla taste that is perfect to mix into any old fashioned, the fresh mint and fruity notes will also bring your old fashioned up a notch.