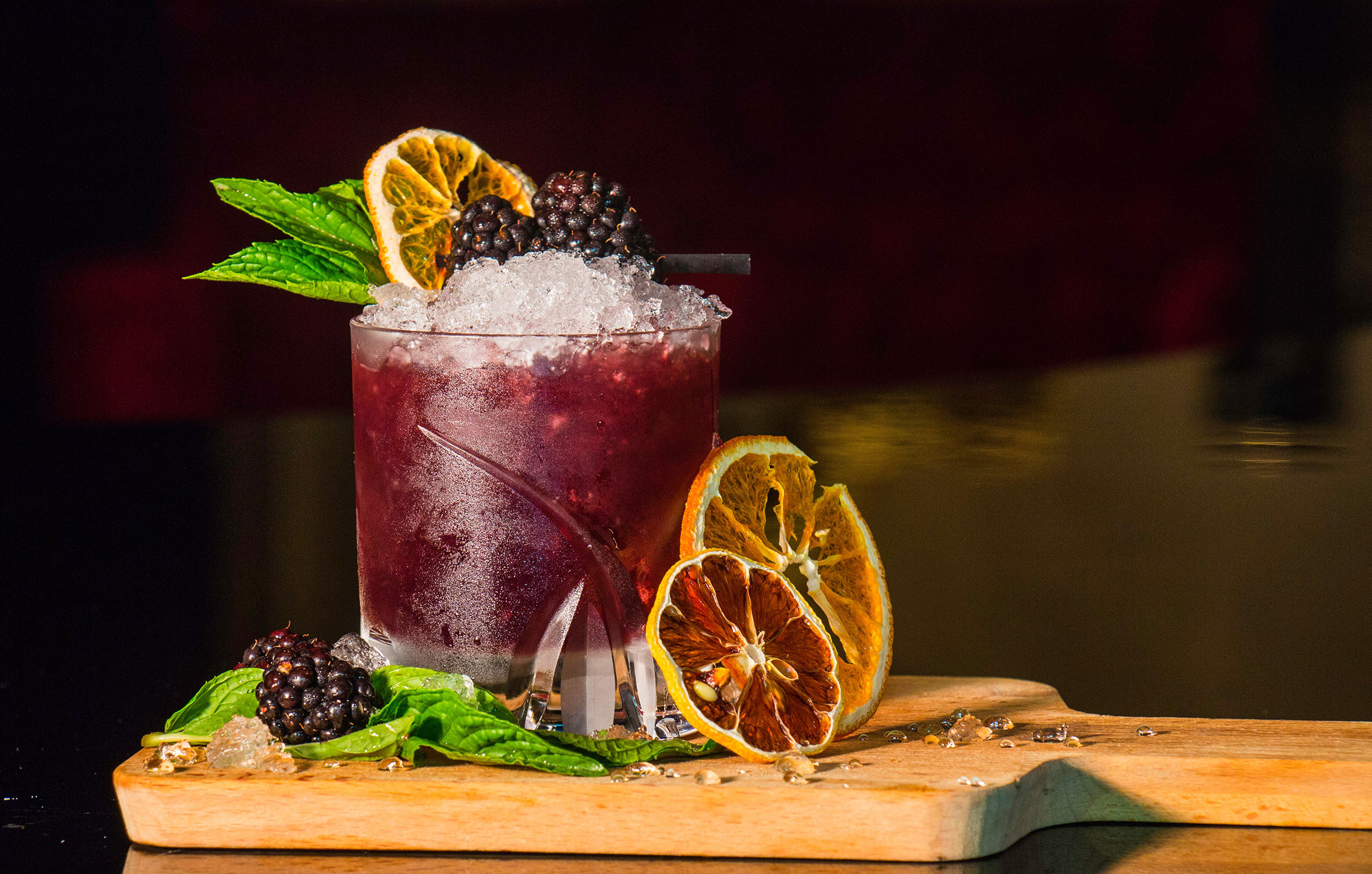 The Bramble is an essential cocktail recipe to learn for Spring, as it’s described as a Spring cocktail. It’s made with dry gin, lemon juice, sugar syrup, creme de mure and crushed ice. It’s got all the makings of a Gin Sour, with a little added blackberry, which is every bit as delicious as that sounds.

The drink was created by Dick Bradsell in London, England in 1984. Bradsell had wanted to create a truly British cocktail, but he says he failed in that endeavor because he was unable to find good British sources of creme de mure, and lemons aren’t native to England. At the time of its creation, Bradsell was working at a bar called Fred’s Club in Soho. The inspiration for the Bramble came from his fond childhood memories of picking blackberries on the Isle of Wright. In fact, it is so named because blackberry bushes are called brambles.

The flavors in this drink are very fruity and citrus-forward. It makes a nice cocktail for the afternoon or evening. This is because it has a medium alcohol content, so it has some kick to it. It’s great nearly any time of the year. The blackberry version is great in the winter, but the seasonal red berries of summer are delicious in a Bramble, as well. You can make it with nearly any red fruit, so variation and substitution possibilities are endless.

The blackberry liqueur may seem like it’s only there to add alcohol content, while also adding color to the drink. It does accomplish both of those things fabulously. However, the blackberry balances the flavors in the drink. The result is a drink that’s both sweet and sour, fruity and citrusy.

The ice may also seem unnecessary, but it’s a vital part of the drink. The ice dilutes the drink over time. So, you get a bold flavor on the first sip, and then it dies down a bit with each subsequent sip. Without the ice, it would be too strong, too sour and too sweet, which does not a crowd-pleaser make.

You CAN make a Bramble with vodka, but Bradsell says you’ll have to call it something else. In a letter he wrote for diffordsguide.com about the Bramble, he said this: “Those of you that insist on making this drink wrong should think up your own bloody name for it. I say this because the gin in the cocktail is an integral part of the whole flavor so replacing it with the omnipresent spirit of the Tsars causes the drink to lose its subtlety. Although Vodka Bramble is apt enough title to please me.” While it’s hilarious that a drink creator has finally come out and told people to quit making his drinks wrong and using the same name that he does, of course he’s right that vodka is a bit overpowering and changes the taste.

The recipe is fairly simple and straightforward. Bradsell also recommends garnishing it with red fruits (like blackberries, or whichever red fruit you’ve chosen) and a slice of lemon.

This recipe is pretty much like Bradsell’s. The only real difference is the method in which you pour the blackberry liqueur and the effect it creates.

This recipe may lack the blackberry flavor of the original recipe, but it makes up for it in spades with the strawberry and cherry flavors. Some people prefer strawberries to blackberries, and if you’re one of them, then this is the recipe for you.

This is a great frozen option. The ice does a great job of diluting the drink, which is similar to the effect that the ice has in the original recipe. It’s also a great way to cool off on a hot day. 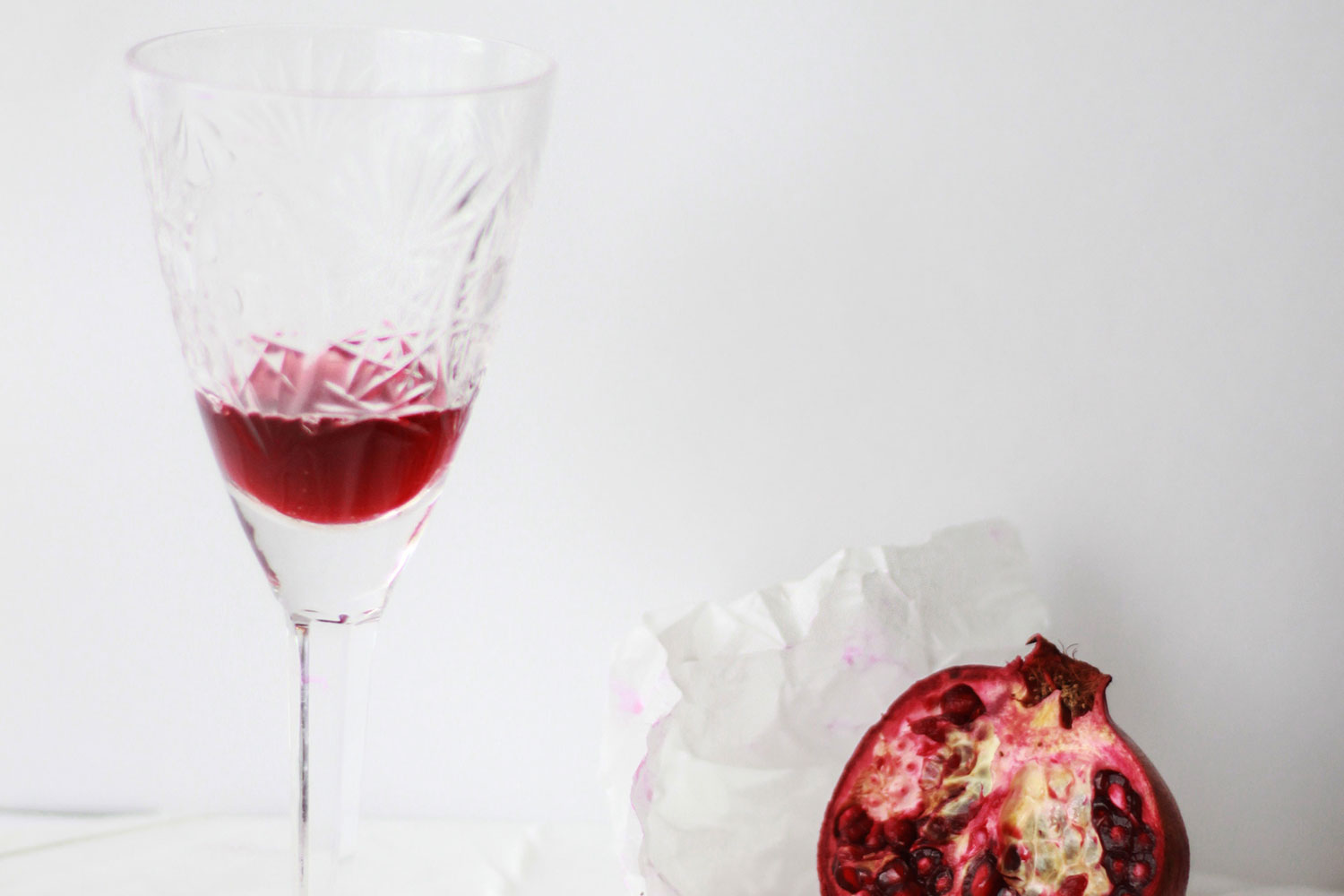 This recipe is a great option if you don’t have any blackberry liqueur, don’t want the added alcohol content, or simply can’t find Creme de Mure at liquor stores in your area. It’s also fairly simple, so if you’re in a hurry or you don’t feel like trying to figure out the swirl method detailed in the IBA recipe, you should try this.

No matter which Bramble recipe you choose, you’re sure to be delighted with the results, and your guests will be, as well. The Bramble is a classic Spring cocktail drink that’s getting a resurgence, which is long overdue. Hopefully you’ll be seeing Brambles served a lot this year, and serving some yourself.