Statistically speaking, Europeans guzzle down more beer than ale and lager enthusiasts from other continents. If you made a list of the top ten beer markets globally, European countries would invariably occupy most of the spots. However, Great Britain would never figure in that listing not even if you extended the list to accommodate another ten countries.

But if you step into a pub in a British city or town, especially during the summer, you’d find the entire place swarming with enthusiastic and gregarious guzzlers. Nevertheless, the unwary and casual traveler, eager to catch up with UK’s beer drinking culture, could be somewhat shocked. For a start, the nation’s most popular ales do not have the fizz you’d associate with the world’s best-known beers.

Allendale brewery ferments this Pennine pale ale that has bagged a SIBA gold award. Three distinct types of hops that undergo multi-stage fermentation that imparts a revitalizing fruity aroma layered with robust citrusy hints. Pennine Pale has a seamless balance of flavors making it ideal for drinking at the height of summer.

The Proper Job by St. Austell will surely make it to any list that includes the contemporary IPAs of UK. The beer recipe consists of American hops including Willamette, Chinook, and Cascade and Cornish Maris Otter barley. The lager tastes refreshing and soothing, thanks to the blend of aromas that remind you of floral hops, spices, and citrus fruits.

Proper Ale is an IPA-style beer that has a prominent golden color with a thin frothy head and mild fizz.

Harvey’s brewery originally packaged the Sussex Best Bitter in casks and it still does. However, the brewer later on started offering the beer in bottles and cans for the convenience of the lager aficionados. Harvey’s takes advantage of open-square fermentation method and makes use of processed yeast for imparting a distinct hoppy character with a perfectly balanced bitter.

A portion of crystal malt is married with the best grade of Maris Otter malted barley for creating Sussex Best Bitter. The beer won the ‘Champion Best Bitter of Britain’ title twice at Great British Beers Festival (in 2005 and 2006).

The ‘Old Peculier’ beer is regarded as one of Britain’s most iconic ale that has been going strong since the 80s. Theakston’s sources superlative grades of wheat and barley for distilling Old Peculier which is the brewer’s bestselling beer brand. The fine print on the Old Peculier underlines the ale as one “full-bodied, rich, smooth tasting ale with a mysterious and distinctive flavor”.

The beer shares its name with the parish of Masham, a small town in the North Yorkshire’s Harrogate district. The taste combines scents of tropical fruits, cherry, and bananas.

The Wychwood Brewery established in 1983 produces 50,000 UK barrels of cask ale annually and the ‘Hobgoblin’ is its flagship product. The Hobgoblin is full-bodies brown ale with a judiciously balanced taste that blends aromas of toffees, chocolates, and malt. When you decant the ale into a pint glass, its ruby red color becomes noticeable.

The Hobgoblin has a slim white foamy top that disintegrates rapidly, leaving behind a delicate rim. The aftertaste has strong hints of malt and soapiness. 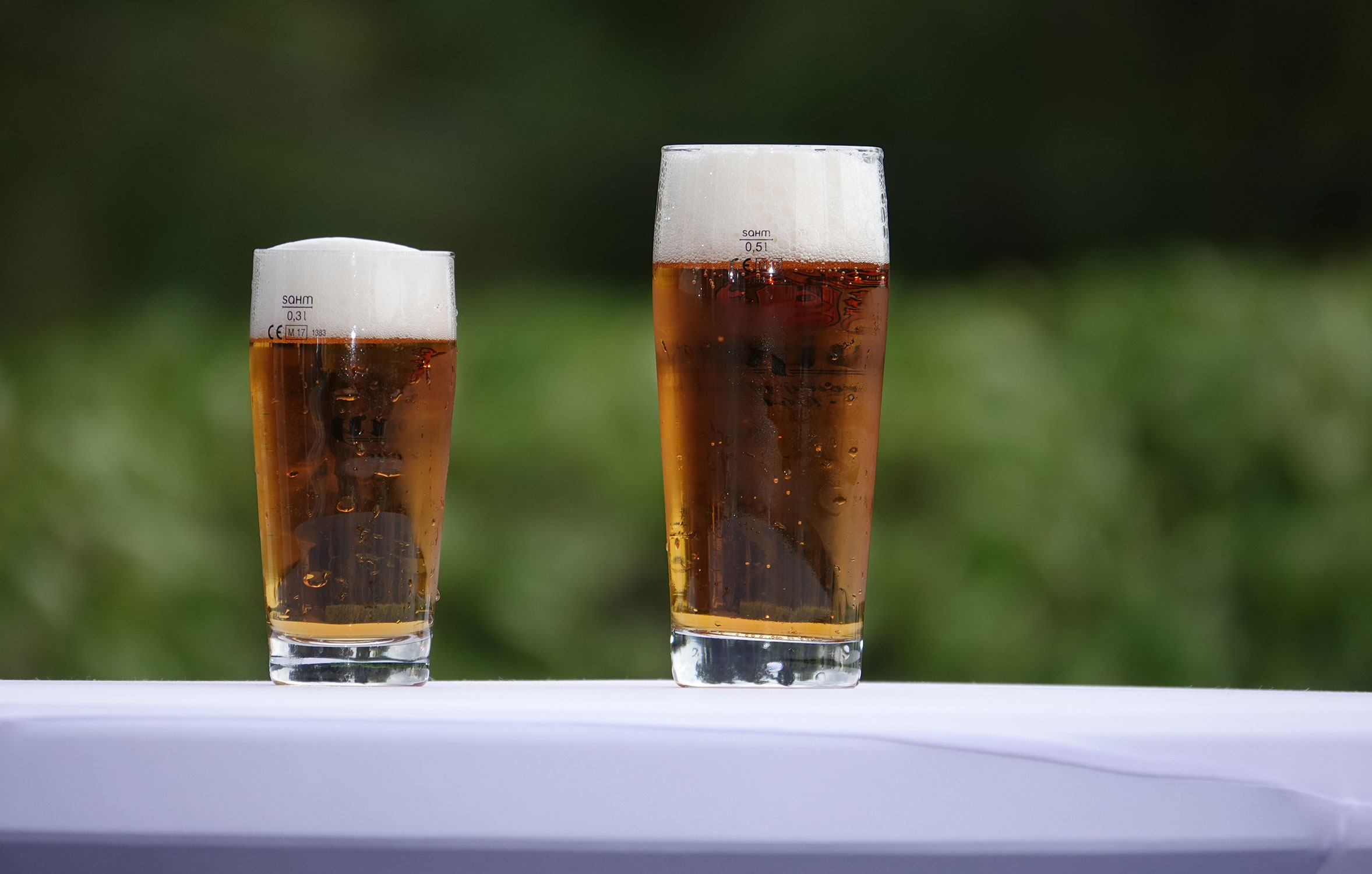 Badger Ales brews this golden ale/blond ale-style lager that has a well-balanced zest dominated by melon and peach notes. Golden Glory as its name clearly indicates has an amber golden hue, and tastes somewhat bitter with a peachy aftertaste. The beer has an off-white top with a mild body, runny texture, and gentle fizz.

The beer effuses a range of reinvigorating aromas with strong hints of melon, peach, flowers, grass, and hops. If you’re looking for an ale that will calm your frayed nerves after an exhausting day, don’t look beyond the Golden Glory.

The spicy, tipsy, and roast accents come together to leave a lingering bittersweet aftertaste.

The London Pride is a premium bitter introduced by Fuller’s Brewery in the year 1959. The special ale gets its name from the ‘London Bitter’ flower that originated in nineteenth-century England. You can distinguish the beer by its deep golden-to-amber color and malty sweetness with a distinctly cutting finish.

The biscuit and toffee notes predominate when you start sipping London Pride, layered with subtle bracing hints. London Pride was adjudged the ‘Champion Beer of Britain’ under the ‘Best Bitter’ category during the CAMRA awards event in 1995 and 1979.

Thornbridge Jaipur happens to be the preferred IPA for a good proportion of native drinkers and beer enthusiasts. This American-style IPA has bagged more than 100 global awards, owing to its flavor complexity imparted by six distinct hops. A blend of Cascade, Columbus, Simcoe, Ahtanum, Centennial, and Chinook hops are used for brewing Thornbridge Jaipur.

Fresh water, wheat, yeasts, and barely are other ingredients that go into fermenting the IPA. The nose is predominantly tropical fruits and citrus with a refreshing malty taste and a mild caustic finish.

Timothy Taylor brewer takes immense pride in its brewing tradition that can be traced back to 1858. The brewery’s present location is in The Knowle to where it relocated in 1863. The brewery has never compromised on its principle of using premium grade of ingredients for distilling high-quality beers.

And the Boltmaker, a perfectly balanced Yorkshire Bitter, immaculately epitomizes the best Timothy Taylor has to offer. The beer has a coppery to amber color with a nose that blends aromas of spicy hops, fruits, and citrus. On the palate, you pick up notes of roasted malts with a tart finish.