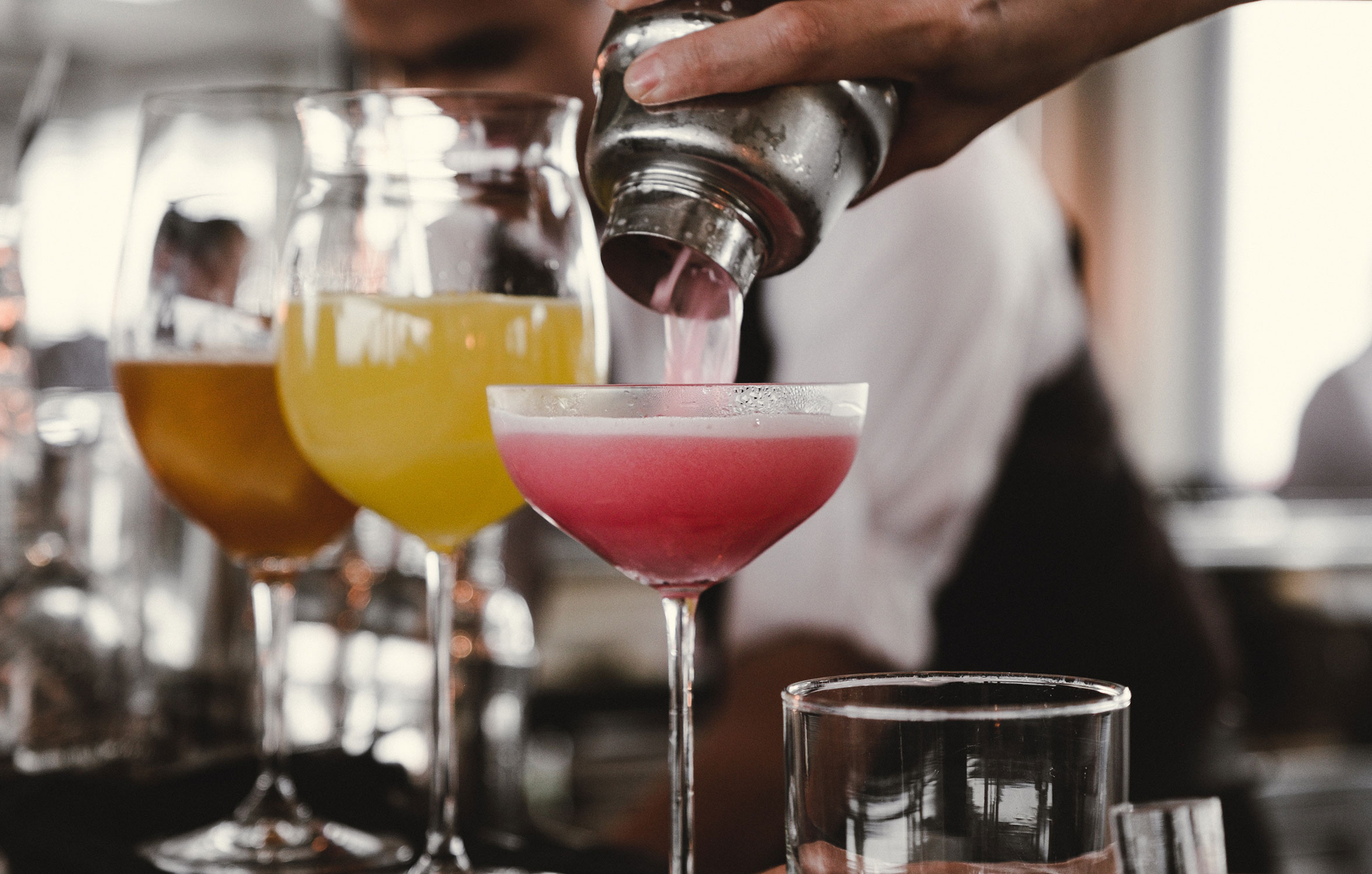 For most people, champagne is an unattainable luxury better associated with movie stars, CEOs and presidents. And technically, that’s only partially true. True champagne comes from the Champagne region of France, which has both strict laws and traditions governing both the fermentation process, growing and quantity of production. Which is why you can expect to see upwards of $180 for the average 750 ml bottle of champagne.

And while there’s no doubt that true, legally designated bottle of champagne is a rare and exquisite commodity, there’s no need to be a Rockefeller to enjoy it. The fact is that there are numerous sparkling wines available on the market that are equal in both taste and quality of true champagne at a fraction of the cost. In fact, asking your local bartender to mix you a champagne cocktail might cost you an average of $11.

And we’re not talking about the Cold Duck of your wayward youth (fine… for some of us, our wayward adulthood,) either. You can easily mix your own champagne cocktail at home for even less than what you’d pay at your favorite watering hole. You won’t even have to suffer the embarrassing awkward glances and snickering to do so if (like many of us) your favorite watering hole is a dive bar whose key selling point is $7 pitchers of Miller Lite.

We’ll review some of the top brands of sparkling wine on the market as well as provide you with a few recipes to enjoy at home. But first? A little education…

A Brief History of Champagne Cocktails

For most of us, the idea of a champagne cocktail conjures up visions of a Fitzgareldesque milieu of flappers, bowties as casual wear and roaring jazz. As much favored by the Lost Generation of writers in the 1920s as it was by debutantes and Gatsbys. But the champagne cocktail has gained in popularity over the past few years, with novel and inventive riffs such as tequila, jalapeno peppers and flavored vodka being added alongside the Pernod and Angostura bitters of your great-grandfather’s days.

No one is certain just when the first champagne cocktail was mixed (it’s rumored Louis XVI ordered bottles to be used daily to brew his coffee,) but certain drink historians credit it to approximately 1861, when thousands of Londoners went into mourning over the death of Prince Albert.

Noting the adage that misery loves company, he decided that even champagne should mourn alongside his patrons; so mixing four ounces of champagne with six ounces of Guinness stout and adding a dash of bitters, the ubiquitous cocktail known as the Black Velvet was born.

The following year saw the first mention in print of the Champagne cocktail. In How to Mix Drinks, or the Bon Vivant’s Companion, author Jerry Thomas gives us the following:

“Champagne Cocktail.
(One bottle of wine to every six large glasses.)

½ teaspoonful of sugar.
1 or 2 dashes of bitters.
1 piece of lemon peel.

And while such a recipe may seem virtually obsolete given the flash and novelty of today’s more inventive cocktails, we owe Mr. Thomas a debt for – if not inventing, then certainly documenting – what is still the most classic and simple champagne cocktail.

With a very light yellow color and suitable citrus aroma, this sparkling blend combines both mildly fruity taste and consistent foam for approximately $23 a bottle. 12% ABV.

An Italian sparkling blend that contains both a floral and fruit aroma with an extremely dry, crisp taste for approximately $18 a 750 ml bottle. 11.5% ABV.

Simultaneously dry yet notable soft on the palate, this Portuguese sparkling blend is marked by hints of vanilla and fruit. Approximately $18 a 750 ml bottle, with an 11% ABV.

Rich and full, with an extremely bright color, this dry sparkling blend has the distinction of being aged four years prior to release for a distinctly mellow taste of Chardonnay grapes. Approximately $25 per 750 ml bottle, with a 12.5% ABV.

A fantastic moderately-priced sparkling blend with a strong floral and citrus taste and an aromatic herb aroma, this lively and rich wine is a steal for approximately $16 a 750 ml bottle. 11.5% ABV.

A crisp and bright sparkling blend, this wine was aged for 18 months (in caverns!) prior to release, allowing for a mature but undiluted taste. $17 per 750 ml bottle, with a 12% ABV.

A creamy, fruity and crisp sparkling blend, this remarkably refreshing wine is as good on its own as it is in cocktails. A steal for $15 per 750 ml bottle, with a 12% ABV. 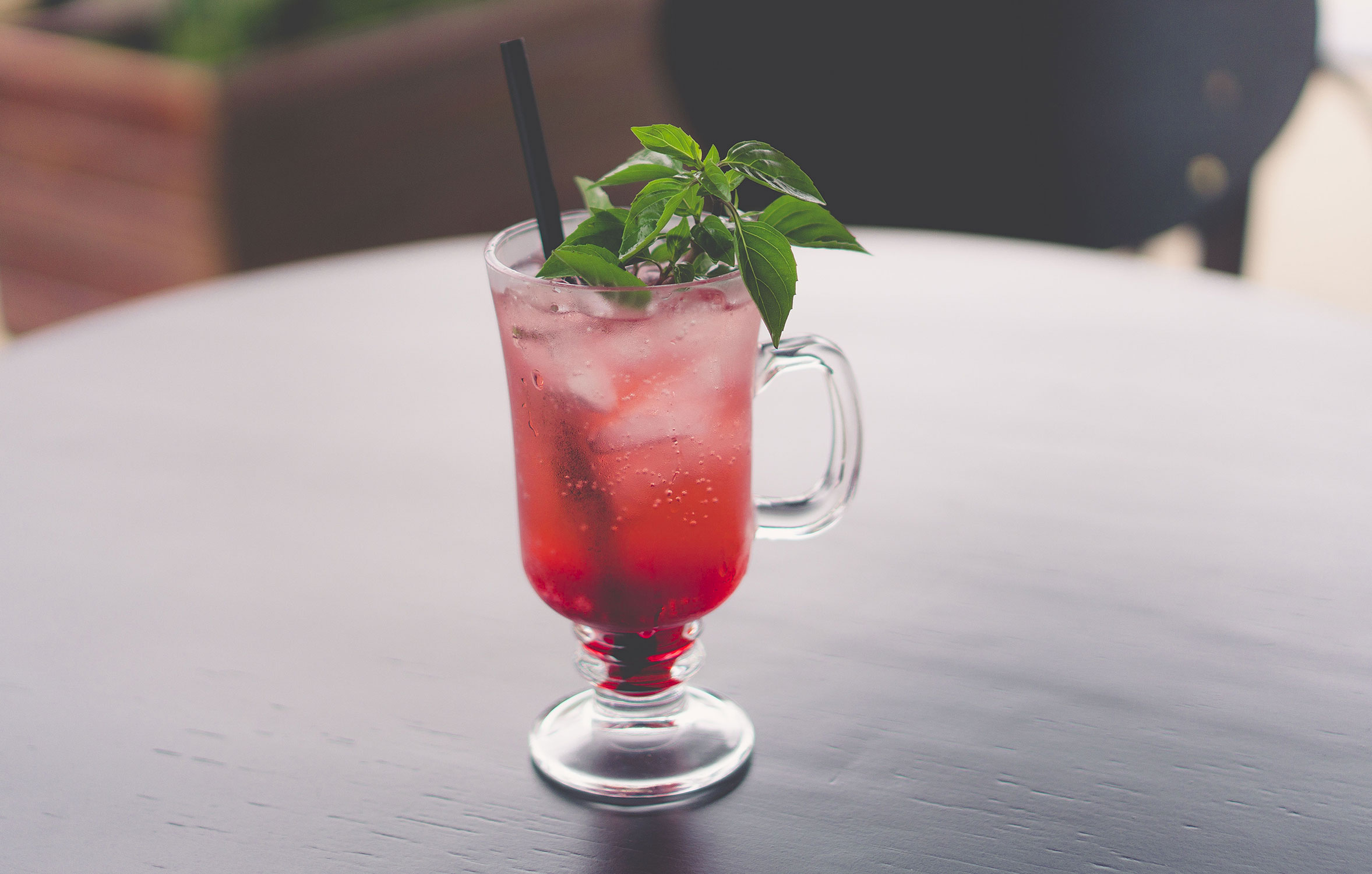 Moisten the rim of a flute with maraschino syrup and coat with sugar. Sprinkle the bitters over the sugarcubes. Add the Kir, cherries and maraschino syrup to the flute. Top with sparkling wine. Add sugarcubes and let sit for 5 minutes before serving.

Fill a cocktail shaker with ice. Add all ingredients except the sparkling wine. Shake well. Strain into a chilled flute. Top with the wine and serve.

Fill a cocktail shaker with ice. Add all ingredients except the sparkling wine. Shake well. Strain into a chilled martini glass. Top with the wine and serve.