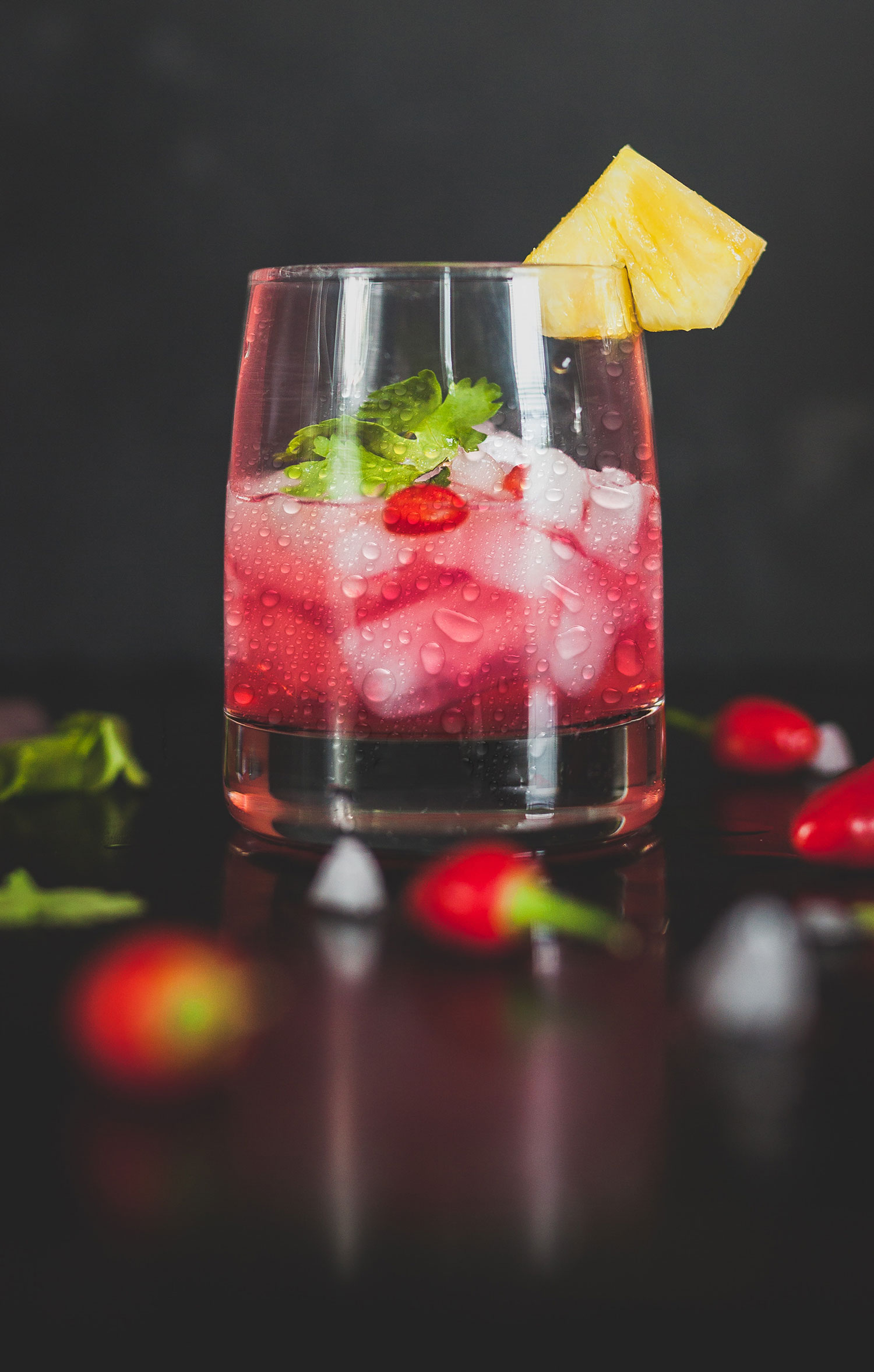 Whether or not you live in a climate that is cold during the holiday season, the holidays are a time for warmth: the warmth of family and friendship, or the warmth of a festive cocktail (hopefully both). Whatever your holiday celebration, there is a cocktail out there that is perfect for it and, in the interest of unity and goodwill for all, we’ve gathered the best cocktail recipes for holidays around the world and present them for you here. So Merry Christmas, Sheng dan jie, Feliz Navidad, Mele Kalikimaka, Season’s Greetings, and Cheers!

Coquito, which means “little coconut,” is a Puerto Rican holiday drink similar to eggnog, but with a tropical spin. The drink’s origins have been lost to time and Coquito has only grown in popularity since then. There is even an annual competition in New York City called Coquito Masters.

This boozy coffee mixture is a Holiday beverage from Chile. Cola de Mono translates to “the monkey’s tail.” The origin of the name is uncertain. Some say it is because of how you act after drinking it. Others attribute it to the recycled liquor bottles in which it was sold, which pictured a monkey with a long tail. The last theory involves the 20th century Chilean President, Pedro Montt.

The story is that in order to get President Pedro Montt to stay at a house party, someone hid his Colt pistol. When this wasn’t enough, a pitcher of the president’s coffee was spiked with rum. The resulting mixture was a successful and named after the President’s gun: “Colt de Montt.” Some think that this name was gradually corrupted into its current version.

Whatever the origin, Cola de Mono is a dangerously delicious drink full of caffeine and alcohol, but mostly holiday spirit.

Actual aguardiente can be hard to find in America, so for liquor you can use Chilean pisco, Chilean aguardiente, Italian Grappa, Peruvian Pisco, or white rum.

First, boil the milk, sugar, and cinnamon in a large saucepan. Once it is boiling, stir in the coffee. Cool in the refrigerator for at least an hour. Once the mixture is cold, add the aguardiente. Refrigerated, the Cola de Mono will keep for about two weeks.

Moving from Puerto Rico to Germany, we find the German and Austrian version of hot mulled wine. It distinguishes itself from mulled wine served in England with its spice and also uses oranges for sweetness. While it began as a holiday favorite, most tourists will recognize it as a drink served at ski resorts.

Combine the orange juice, sugar, and cinnamon stick in a saucepan and bring to a simmer. Squeeze the orange into the mixture, push the cloves into the squeezed orange and then add that to the saucepan, using the squeezed orange as a sort of a teabag. Simmer for about half an hour, or until the mixture thickens. Add the wine and wait until the mixture gives us steam, but is not quite simmering. Remove the cloves and orange peels and serve.

This Jamaican punch is a tart mixture spiced with ginger and served cold, so if you’re not south of the equator, you might want to save this for a Christmas in July situation. The sorrel, or dried hibiscus flowers, are the source of the tartness, so be sure not to let them steep for too long.

Boil the water in a large saucepan. Once the water is boiling, take it off the heat and mix in the sorrel, ginger, cloves, cinnamon, and nutmeg. Cover the saucepan and let it steep for about an hour, less if you’re especially sensitive to tartness. Next, strain the mixture, removing the sorrel and spices. Finally, stir in the rum, simple syrup, orange juice, and lime juice. Transfer the punch to a pitch with ice, add the orange slices and serve. 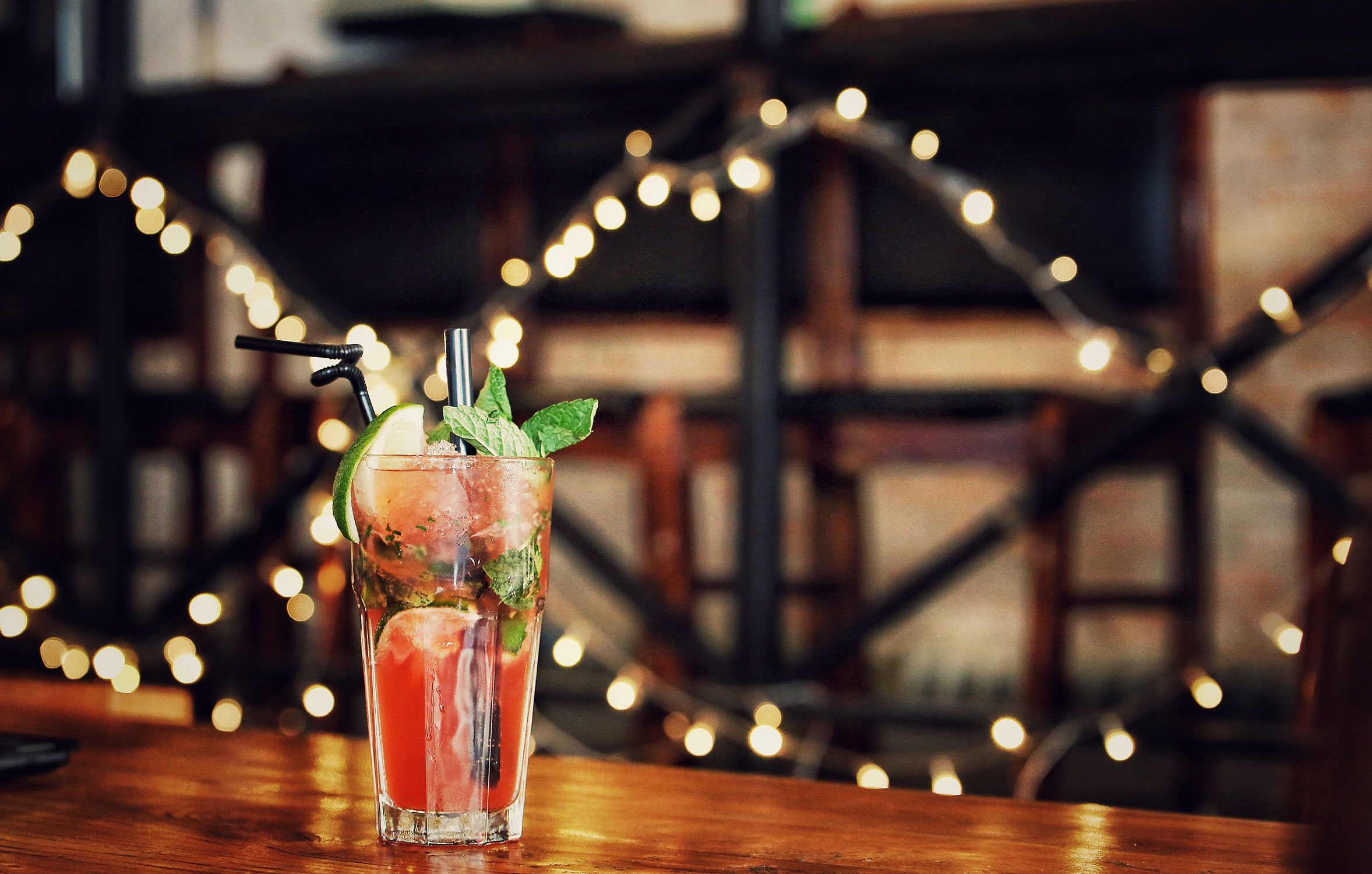 No, these aren’t the Christmas spirits that visited Scrooge, although he could’ve used some. Here are a few recommendations of liquor that will keep you warm and jovial in the cold, winter months.

Bourbon is always my drink of choice when the thermostat starts to drop. It offers a gentle bourbon and the sweetness makes for easy sipping. I’d go with Four Roses Single Barrel, which incorporates seasonally appropriate plum flavors with a smooth finish, and, at $43 a bottle, you don’t have to cut back on your holiday shopping.

Spiced rum, usually thought of as a party drink, is perfect for a cozy evening by the fire. Chairman’s Reserve is an amazing rum that has been the recipient of several awards. Spiced flavors of coconut, lemon, and orange that will bring the tropical island of St. Lucia right to whatever frozen wasteland you foolishly chose as your home, and a bottle will only cost you $25.

Cognac is mostly known for being expensive, but the warm glow of a decent glass of this brandy is well worth it. A decent bottle of cognac also doesn’t have to cost a fortune. Merlet, the company that originally produced grapes for Hennessey, makes a bottle of VS cognac that only costs $30.