Non-alcoholic beers have a pretty bad reputation, primarily due to their inherent flaw, nothing short of a coup de grace for beer aficionados; there is absolutely no alcohol in them. Guess they are as good as Victoria’s Secret Fashion models in suits! Readers are kindly requested not to ask for the explanation of the implicit analogy as it is NSFW!!

Jokes apart, booze-free beers have been regularly subjected to merciless criticisms for their lack of variety, and adding salt to injuries, the category has earned enough fame for not having a taste as the real beers do; instead these sissy beers are name called and known for being the copybook examples of “yellowish fizzy water” that craft beer veterans belittle pretty often.

However, there are situations and times when people cannot or do not wish to consume alcohol, yet are still like to engage in experiencing beer. And alcohol-free beers are the perfect candidates for such circumstances. Now, guess what? They are evolving and gathering growing popularity and begrudging respect in the craft beer community.

The community of Beer Drinkers

In reality, “small beers” (low-alcohol beers with an ABV of less than 2.5%) date back to medieval Europe, which is considered as the ancestors of non-alcohol beers. These brews were prepared for daily consumption and happened to be a safer alternative to often polluted water, with barely enough alcohol to wipe out the frigging germs. In present times, the beverages sold as “NA beer” (the European stores call them “alcohol-free”) at supermarkets, a brew which has an ABV of less than 0.5%. These beers were manufactured out of necessity, which happened to be the only legit beer at the time of Prohibition, and was often termed as “near beer.”

Many people regard zero-alcohol beers as some type of unnatural beer imitation, an item that must be containing a truck-load of added synthetic flavors! Whoa!! However, the reality is far from it, as they initially started out as a regular beer. Malt is mashed and boiled with hops in the brewery, and finally, the mixture is fermented, produces carbon dioxide and alcohol in the process. Now, a brewer would bottle the end product, if it is meant to be marketed as an alcoholic. However, if the obtained brew is supposed to be sold as non-alcoholic, then it must go through an additional step.

The most typical method for removal of alcohol from a beer is heating the brew. As alcohol has a lower boiling point than that of the water, the fermented beer can be heated until it is left with the desired concentration of alcohol. However, it can change the beer’s taste at times. In order to offset the unwanted alternation in flavor, quite a few distilleries heat the beer in a vacuum, which significantly reduces the boiling point of the alcohol and spoils the flavor to a lesser extent.

Another alcohol removal method; which is soft on flavor albeit more labor and also equipment intensive, is none other than reverse osmosis, the very same method used for desalinating the waters of oceans. Once the alcohol is removed entirely, the beverage must be re-carbonated, which is usually achieved by literally injecting carbon dioxide into the beer.

While quite a few beer styles, primarily those containing low amounts of bitter hops, are more suitable for manufacturing non-alcohol beers; the process of reverse osmosis makes possible for any kind of beer to become alcohol-free. The litmus test for NA beer makers is to build aromatics, flavor, body, and balance. No doubt it is harder to accomplish without the alcohol, though it is a doable job and a revelatory experience when performed right. The very best NA beers worth trying are described briefly below. 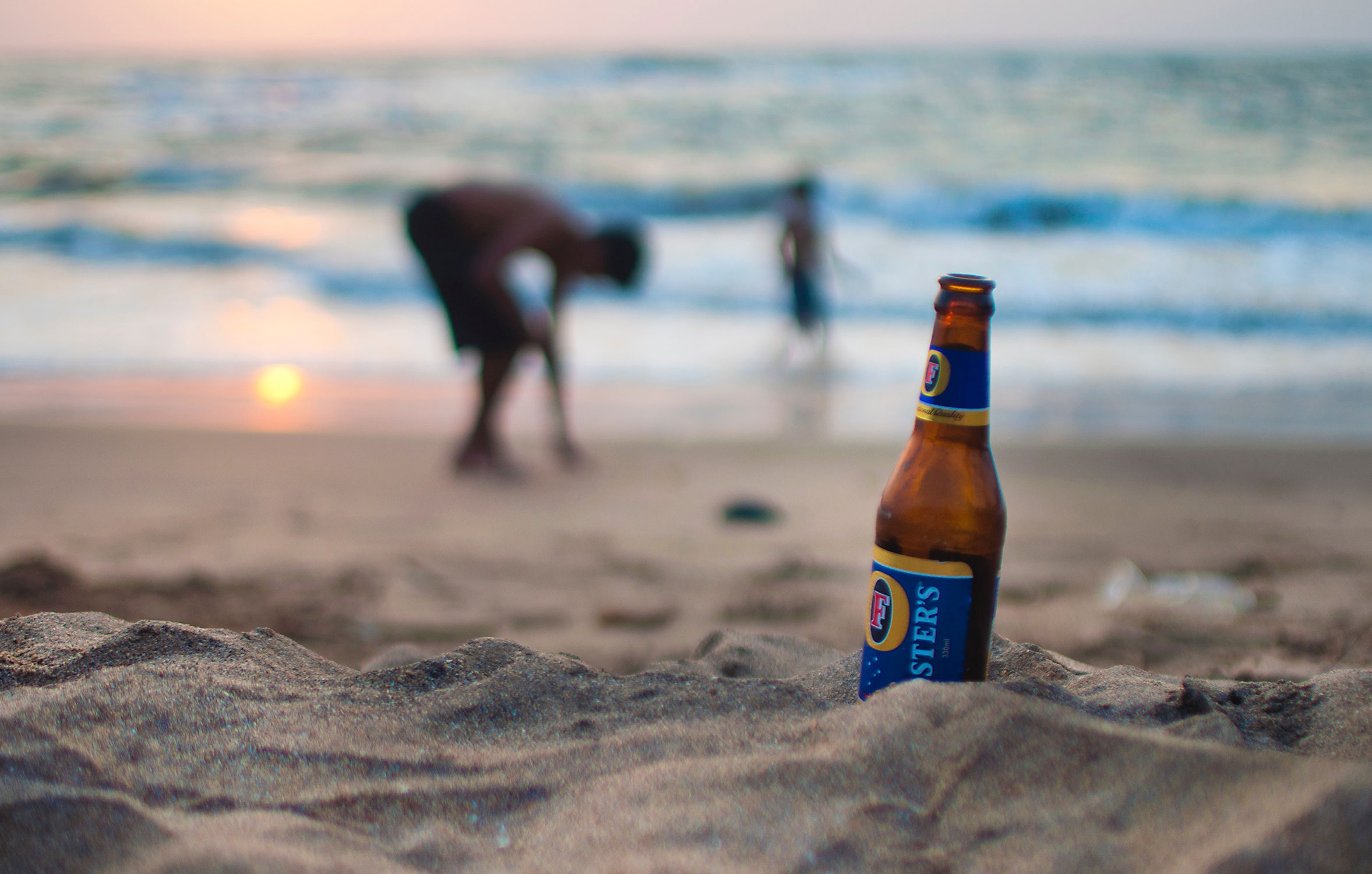 Those who swear by all those beers that come with an intense sugary smell, Beck’s NA would prove to be a mesmerizing experience for them and for sure. It has got a super-light taste and can be paired with light meat or seafood. This beer brand tends to offer the most honey-like aroma among the lot.

It is the most commonly sold NA beer brand in the grocery shops, and to some extent, is revered by those who are planning to quit drinking albeit keeping the perception of drinking. In spite of having a pretty lousy reputation; it does quite taste like an alcoholic beer; and also tends to disperse a pleasant, bready scent.

This brand does a great job of preparing generic beer. It is anything but fancy, and it is anything but pretentious. Also, it almost does nothing when paired with food. But wait, that is precisely the best thing about Coors. It is as good as toast. It is plain, tastes like beer, and makes one feel as if that person is actually drinking.

Ah, now we are cooking with gas! Heck, no, now we are getting to the real stuff!! Paulaner is undoubtedly one of the premium German beer brands and is routinely featured as being the Oktoberfest beer in popular brewing festivals. It offers a crisp, pleasant, and satisfying drink; even when it falls under the category of NA beers.

It has a rich color and also a strong toffee-like flavor. Nonetheless, it is not predominantly sweet. It is pretty much similar to a sugary milk stout and in the best possible way. Overall, Guinness’ does offer a good brew that leaves a pleasant aftertaste in the mouth. And there is a vast number of gastropub food that can be paired with it.

While this brand is typically known for manufacturing intensely flavorful beers, their non-alcoholic variety is really low on flavor. When chilled, it tastes like a bitter yet genuinely refreshing drink. For some people, the flavor resembles that of a cold barley tea. It is indeed one such beer that does not quite taste like one!

It is a rare NA beer because of the reason that its taste indeed resembles that of a legit alcoholic Weisse beer. For those who admire satisfying, flavorful beers that produce a decent amount of fizz; nothing can be better than this beer brand. This seemingly harmless German devil has the ability to fool even the critics into believing that this beer contains a pretty gross amount of alcohol in it!