Peru is famous for its beer-drinking habits all around the world. Visitors love to hear that the difference in the city is marked with its brew. The affordable price and continuous supply allow it to maintain its throne among other brews. Something is exciting in the tradition of Peru. The natives of Peru prefer to drink it by gathering in a circle. The beer comes in a bottle of 650 ml paired up with solitary glass.

The name of the beer is enough to define its friendship with its fans. It came into existence in 1863 and since then showering its magic on everyone. It defines the perfect balance between the aromatic and reliable flavor with the touch of hops.

Narrating the story of its origin, it is the creation of Federico Bindels and Aloise Kieffer in the Callao district. Today it is the oldest beer in Peru and also famous as the longest known beer in South America. Presently it is ruling over the Peruvian beer market by being the first preference of everyone.

Coquina Dorada is a golden color brew that contains a hint of more flavors in comparison to Cristal and Pilsen. It contains five percent ABV and turns out to be good while drinking as it refreshes your day and mood too.

The wheat beer may not be the reason to spend an extra penny for such a high price, but the uniqueness of this red brew definitely won’t stop you from giving extra money. Talking about Cusquena Negra, well this comes in the list of the refreshing brews which some people want, and some don’t at all. One can find the ale easily by taking a break from the other craft beer.

Cristal beer came into light in 1921, and from that time it is the No.1 selling beer of Peru. It is a combination of lightweight liquid. It has the shade of yellow color with a blend of light creamy head. When you bring it close to your nose, you can easily sense the aroma of ripe apples, sweet malts, and lemons. This lightweight beer gives a clean and refreshing finish.

On the demand of millions of Peruvian consumers, the brew is still imported in South America. This fact is more than enough to describe the specialty of Cristal.

Pilsen Trujillo has a blend of smooth flavor with a medium sense of bitterness. To brew the water in it reminds of European cities possessing a long term of brewing tradition.

This golden color ale has a thick creamy head with a sweet aroma. It contains light grassy hops of Germany with colorless notes. Being a favorite from the past 95 years, this colorless brew has made its place in the heart of others. Its balanced flavor gives a reason to make it the part of any celebration. 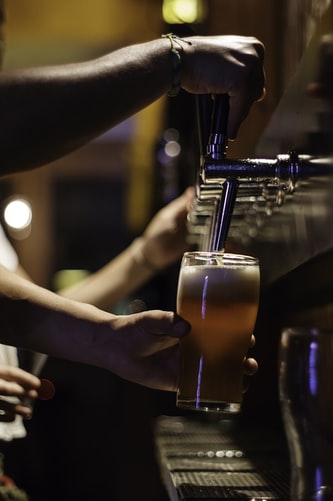 Sip the Backus and feel the fun in you. This cold beer has an extra chilling point best for the young generation of Peru who knows well to enjoy the life to fullest. The extra freezing point gives surety for maximum satisfaction. It can overwhelm you with its freshness and mesmerize with its flavor. Enjoy the new fresh brew with your friends.

Cerveza Arequipena is the one that will enhance the length of your pride. It comes from the land of Peru in a very distinct unique flavor capable enough to mesmerize anyone.

Arequipena is the star among all the brews in the country. It is a recommended brand of Arequipa where it is an icon among all the leading brands. The reason behind is the character and strength of the natives. It involves an in-depth analysis of elaboration and selection of the ingredients for making it more unique.

Take a sip of San Juan, and you will appreciate the real jungle flavor in it. This Peruvian jungle brew has got the natural flavor that will surprise you with its aroma. It is the preferred brand of Pucallpa along with being the icon of the city.

When it comes to naming the only ale with high fermentation and deep attracting aroma and flavor, Abraxas will come in mind. For the sophisticated customers of brew, Abraxas is an ideal one. The liquid form of the beer makes it superior.

You may get surprised to know the mythological story of the brew that describes the balance and access with its superior knowledge. Starting from the numbers, there is a total of seven letters in the word Abraxas, and so is in the degree of alcohol it holds. This numerology reminds of the mystery that tells it is during March and September when the day and night are equal, and during this time, harvesting of the fruit is done. This fruit is used for preparing the brew in copper pans.

The drinkers of Peru follow the old tradition of drinking and enjoy it with their groups. Talking about the drinks, it has something special for everyone. It is a wonderful combination of flavor, aroma, taste, and color that makes every brew different from each other. While you are in Peru, enjoy the scenes, the beauty of the city and don’t forget to taste the different ale of Peru. You may become a fan of the brew and want to come again and again to get a taste of it.