When we think of Scotland, the first type of alcoholic beverage that comes to mind is, undoubtedly, Scotch Whiskey. However, thanks to the heavy beer culture in the U.K, Scotland also has multiple types of beers. These Scottish beers are Malt heavy since malt grains grow better than hops in Scotland. While Scotch Ale is a type of Scottish beer, just like other Ale types, Scotch Ale has a heavier percentage of alcohol and has a bitter-sweet flavor. Scotch Ale was invented and made popular in Edinburgh, Scotland in the 19th century and is considered to be or included with Wee Heavy Beers.

The bottles of Scotch Ale tend to be bigger in size and darker in color than other beer types and sometimes have playful, cheeky names, matching the fun-spirited ways of the Scottish. The alcoholic content of traditional Scotch Ale ranges between 6.5% and 10 whereas traditional Scottish beers are weaker in alcoholic content, usually around 5%. There are great amounts of Scotch Ale brands and types out on the market. Knowing which ones are the best may result in finding your absolute favorite type and make you superior amongst your friends when it comes to beer knowledge. Let’s look at some of the Best Scotch Ale brands available. Try the ones available near you and see which one you like better.

Considered one of the best, if not THE best Scotch Ale, Wulver, has made a big splash in the Wee heavy beers market. The beverage is aged in old bourbon barrels, giving the ale a deep, rich flavor, mixing with its 12% abv content. There is a heavy vanilla smell present in the Ale even though taste of it is equaled out by the other ingredients, making the entire drink a joyful ride. Being heavier on the alcohol, you would expect the drink to be too boozy for an ale but surprisingly, there is no alcohol burn and the texture of the drink is nothing but creamy and velvety. The color of the beer is deep amber with a big beige top and wonderful aroma. Most reviewers support the idea that if you like bourbon, this is the ale for you. The aroma of vanilla and the sweet taste of Wulver bourbon barrel aged Scotch ale makes it a perfect drink dessert substitute you can have at the very end of your night.

Like its unique and interesting name, Backwoods Bastard Scotch Ale or as they would call it, Wee Heavy, has a playful chocolatey aroma with a hint of coffee. The drink is almost pitch dark with a huge tan head. Heavy on the alcohol with its 11.20% abv levels, the drink is boozy and tangy and has a little bit of an alcohol punch along with a rich bourbon taste. The thin texture of this ale makes it smooth to drink but don’t drink it too fast if you don’t want lots of stomach reflex because Backwoods Bastard has a strong carbonation hold. The chocolate and coffee taste blends well with the subtle hints of caramel and vanilla and provides a semi-sweet after taste. With outstanding bourbon flavors, the reviews seem to be surprised about how well the rest of the aromas come through. Backwoods Bastard has become a consumer favorite because it gives you the best of both worlds, its heavenly taste and affordable price and availability.

With a lower abv of 8.50%, Big Sound Scotch Ale is light and an eccentric ride for the tongue. Supplying a lavish raisin, toffee, cherry, plum, fig and caramel aromas and a little light chocolate, Big Sound Scotch Ale is a beer you will not forget tasting. The caramel and toffee are the first things you taste with this drink, following with raisin and fig and finishing up with cherry, plum and chocolate flavors. The bourbon taste is not as strong on this ale as it is on the previously mentioned ones but that doesn’t mean it is weak. The complexity of the flavors combined with the maltiness on the tongue and the deep brown/red, almost clear pour of the ale, with its foamy, tan head, gets a thumbs-up from a lot of beer enthusiasts. 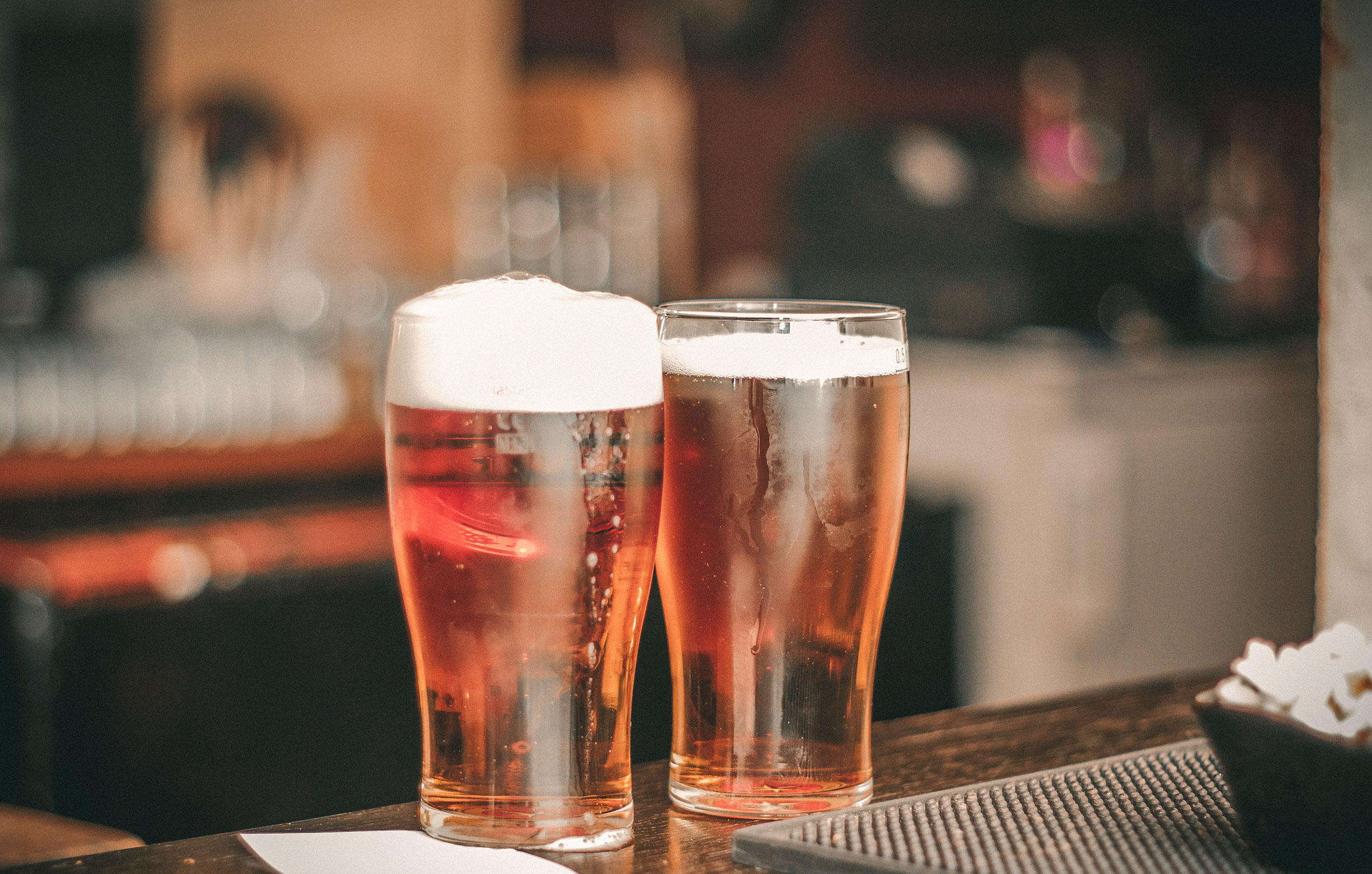 Just like its name, Trip in the Woods, is a complex drink with a lot of layers. The first thing you notice when you pour the drink is its mesmerizing, see through ruby colored look. The eggshell brown head is foamy and creamy at the same time and the mouthfeel of the drink is incredible. The 9.80% abv level gives it a semi-strong alcohol burn but the drink overall is nothing short of amazing. The caramel and maple aroma come off very strong but in a pleasant way and you can also smell the oak and brown sugar in it. The smell kind of resembles the scent of scotch but Trip in the Woods smells much sweeter. While the caramel aroma is heavier than the maple aroma of the drink, when it comes to taste, it is the opposite. You can taste the maple very clearly in the drink with the help of its fruity components and even a hint of praline and pecans.

Yeah, the name is not really encouraging but, the taste will more than make up for it. This 10.4% abv level Scotch ale pours dark brown with a reddish hue and a beige, creamy head. The bourbon smell is heavy at first but once you take a sip, the taste of cocoa, toffee, toasted malts and prunes will equal the smell of bourbon and the subtle run taste. Consumers have reported that there is no bourbon burn and that this ale tastes, looks and smells much better than you would think something called Graveyard Billy would. The smooth, low carbonation offers an excellent mouthfeel and a warm feeling finish. The aftertaste of Graveyard Billy is as pleasing as the first sip with a colorful flavor palate.

Breweries are always coming out with new recipes for the best beer, and ale and we will be on the lookout for the next batch of best scotch ales but until then, these brands will remain consumer favorites. If you have these brands available near you, we highly recommend giving it a try. Who knows, you might finally find that perfect Scotch Ale you were looking for.