Once only distilled in Scotland scotch whiskey has flourished in the hundreds of years since it was made. Scotch is now distilled all over the world, including places like Australia, India, United States, Japan but Scotland is still considered its true home. It’s been nearly impossible for anyone to beat the Scottish in scotch making with many of the world’s highest rated brands proudly distilled there. No matter where it’s made though, this drink always manages to stand apart from every other form of whiskey. The ingredients, distilling, and aging techniques used to make it put scotch in league all its own.

Crafted by the Springbank Distillery in Campbeltown this scotch is one of their most unique offerings. As its name suggests this scotch is aged for 10 years in charred bourbon barrels, then is placed in sherry barrels. Before that however, it goes through a special two-and-a half-times distilling process. That unique distilling process coupled with a long aging process is what gives this scotch its special flavor. A heady mix of peat, smoke, citrus, with a dash of sweetness. The intensity of the scotch is tempered by the 100 proof so that customers get the full mix of flavor.

Crafted by the Islay Island distillery Ardbeg, Uigeadail is Gaelic for “dark and mysterious place,” it’s named after the loch where Ardbeg gets its water. It is one of the finest scotch whiskeys in the world taking Jim Murray’s 2009 coveted “World Whisky of the Year” award in 2009. This particular scotch has also been called the greatest of all Islay Island whiskeys. Similar to Springbanks 10 Year Old, Uigeadail is aged in both bourbon and sherry barrels but takes on darker flavors. It will put customers awash in a sea of smoked ham, dark honey, and rich spices 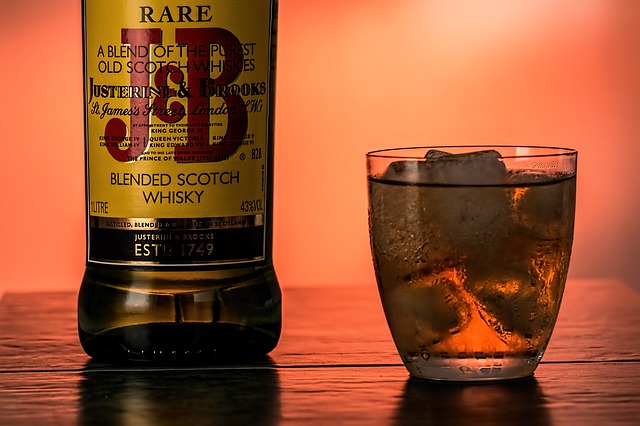 A legendary single malt scotch crafted in the Scottish highlands it certainly lives up to its title as Royal Lochnagar. It was the favorite drink of both Queen Victoria and Prince Albert, it has been highly respected drink in Britain for many years. A rare scotch, Royal Lochnagar is best known for its classical flavor of earthy fresh cut grass, infused with spice and a touch of sandalwood. It finishes out strong with hints of fruit, cereal barleys, brown sugar, and leather. Its among the best sipping scotches in the world.

Named for the founder of the GlenDronach Distillery, Allardice stands above other scotch whiskeys in a several different ways. The first is that is aged for 18 years not in bourbon barrels like many others but in Spanish Oloroso sherry casks. That gives it a uniquely darker coloring than other scotches, taking a brown amber tone. That dark coloring is complimented by its flavors of dark roasted beans and nuts. Hailed as the best of GlenDronach’s offerings, Allardice has been won awards from the International Wine and Spirit Competition for several years in a row.

Crafted by the Balvenie Distillery, that was founded in 1892,Speyside demonstrates Balvenie’s skill in introducing wood finishes to scotch. Adding wood finishes to scotch was an idea Balvenie pioneered and has perfected with Speyside, aging it for most of its life in bourbon casks then moving it to a fresh sherry cask. This aging process combined with Balvenie’s unique ingredients create a multiple levels of flavor in this single-malt scotch. Swiftly moving customers from hearty honey and barely to sweeter caramel and marshmallow before finishing with fruity flavors that make it go down sweet.

These are only a handful of the broad range of famous scotch whiskeys that are on the market today, although they represent the best of the best. Still we encourage customers to only use this list as a suggestion for scotch that might appeal to them. They should try a wide range of different scotches to find ones with the flavors and strength that they are looking for in a spirit.