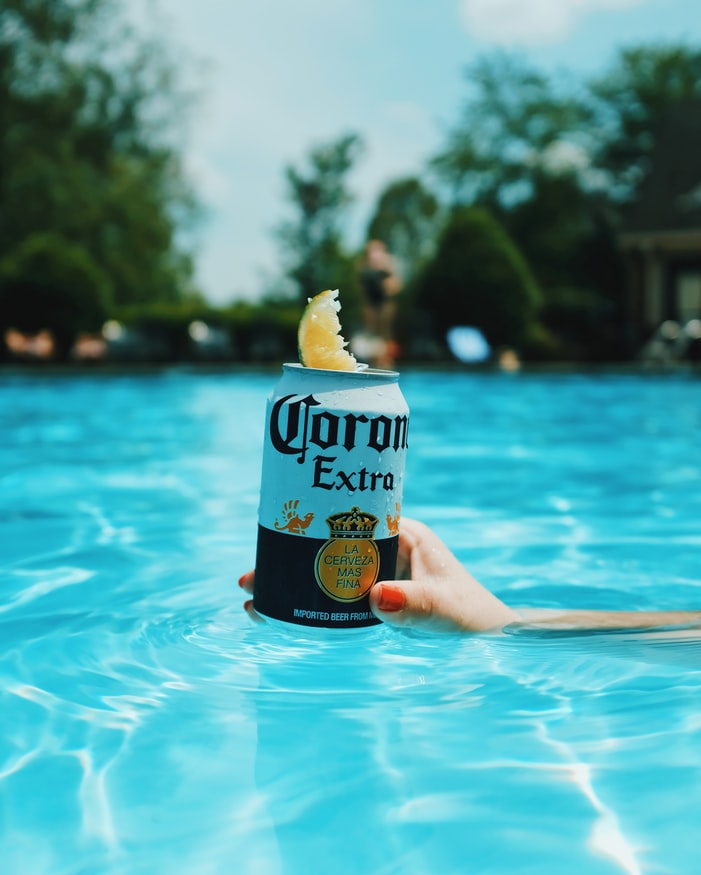 There are several fulfilling options for summer-marketed beers by your favorite local or mainstream breweries, but that is not what we are going to talk about today. Instead, what follows is an explanation of what exactly a summer beer is and my favorite way to make this delicious beverage.

What is the difference between a Summer Beer and a Shandy?

So, you’ve heard phrases like summer beers, summer ale, summer shandy, etc. The main thing that separates these is alcohol content and the addition of carbonation. A shandy typically is a light wheat beer mixed with a carbonated lemon-line soda (Sierra Mist, 7-UP, Sprite, etc.), and/or lemonade. Of course, there are also certain parts of the world that would refer to those lemon-line sodas as ‘lemonade’. Shandy’s are also bottled/canned and sold as such by breweries (Leinenkugel out of Wisconsin has one of the more famous brands you can find in stores, including varieties such as Original Summer, Orange, and Watermelon).

Summer beer, on the other hand, is a cocktail that has the addition of a higher proof alcohol (typically vodka) to beer (typically lighter wheat) and a non-carbonated juice (typically lemonade). They are typically made in large batches similar to punch and served at backyard parties or summer holidays.

The vodka is what makes this drink a drink. Otherwise, you are just drinking beer with lemonade in it. Not that there’s anything wrong with that at all, it just isn’t what we are doing here. I listened to an episode of one of my favorite podcasts recently, and they detailed how (legally) all vodka has to be (in terms of color, odor, and flavor) the same. That means the top shelf bottle with birds covering the frosted glass that you pay 10x more than the plastic bottle at your ankles is actually the same thing. It has to be according the FDA. That hangover that you think you only get with the cheap stuff is, well, all in your head. HOWEVER, flavored vodka is a completely different ballgame when comparing products.

Since vodka is a blank slate, the varieties of brands, colors, and flavors are endless. I’ve seen flavors range from cotton candy and orange to tobacco and smoked salmon. For a summer beer, it is a lot of both personal preference and what flavor will mix well with the lemonade/beer while not overpowering it one way or another. Grape, cherry, watermelon, strawberry, or lemon are all flavors that work well with a summer beer, I usually reach for pomegranate-flavored vodka. Pomegranate is bitter enough to stand out as its own flavor while also sweet enough to blend with the other ingredients. As far as color – the vodka should be clear. If you see some weird variety that’s like bright purple, I wouldn’t recommend – you don’t need any more food dye in your life than necessary. When it comes to vodka brand – buy whatever you’re comfortable with. If you have the cash and are still convinced you need the fancy glass bottle at eye level to prevent your hangovers – go for it. If it’s up to me, I’m going cheap.

No need to get fancy here, either. I make lemonade from scratch (I mean it’s three ingredients so I’m not really bragging) all the time but it’s not necessary here. Some people like using frozen limeade, which is great in making frozen margaritas. However, we’re making summer beers here – not margaritas. Go buy yourself a 12oz frozen lemonade concentrate at your local grocery store (they’re usually the last door on the last aisle, I’m not sure why, they just are). I go for the ‘pink lemonade’ variety. The color helps people who aren’t big lemonade drinkers enjoy the beverage without thinking it’s tart like lemonade (even though it’s the same thing, just pink). This goes back to the mental thing just like the vodka. Actually, most brands will get that pink color not just from some sort of numbered Red dye but also grape juice. We’re getting off track here, just snag the frozen tube of lemonade – the frozen aspect will help keep us chilly without watering down our beverage and the convenient 12oz sizing will also help us measure later on.

The beer is the most important ingredient in this drink, obviously, it’s called summer beer. Other than summer I suppose, but I live in Texas, so I have enough summer – I do not need a recipe. There is a lot of wiggle room here for personal preference (this preference for most people will be by cost not taste, which is fine). Your standard favorite American light beers are all fine to use here. Don’t go too dark with your choices – stouts, porters, and IPA’s all have their places but here is not one of them. I have made summer beer’s with several different beers and several are very serviceable but I recommend the Lemon & Ginger Radler from the Karbach Brewing Co. here in Texas. The lemon flavor parallels the other ingredients all the way through the beverage and the ginger does well in giving a little spice to balance out all the sugar and compliment the tartness. This is a lighter beer in terms of flavor, color, and alcohol content – all recommended when you choose your beer for this drink. 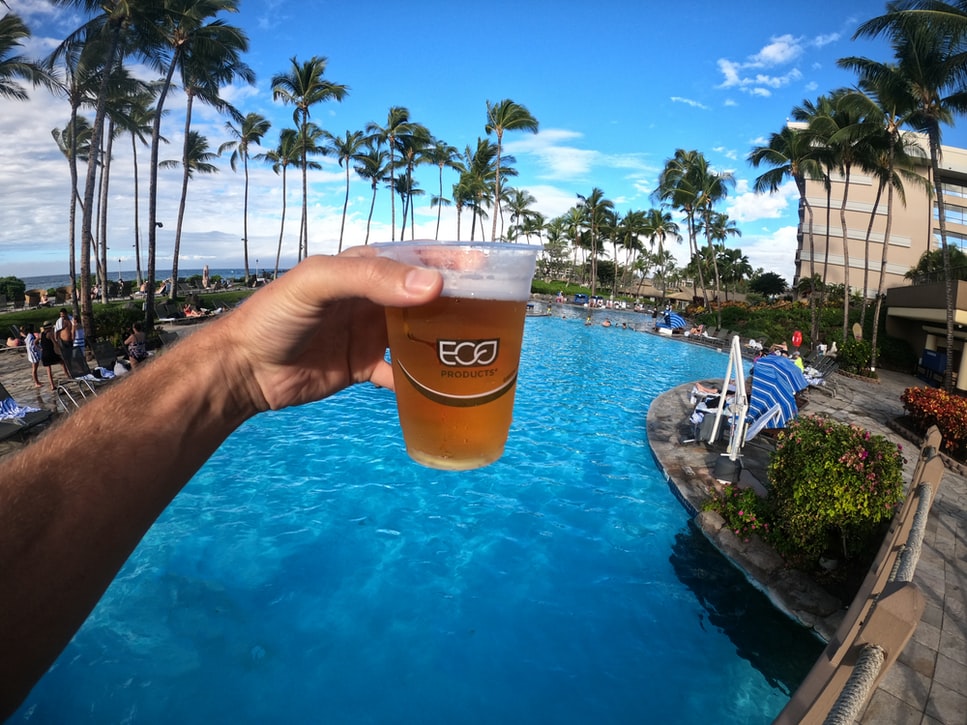 1. Start by removing the lemonade from the freezer and empty its container into a pitcher or large bowl. You can leave it frozen until you’re ready to use it – no reason to create a puddle on your countertop.
2. You are now left with a perfect 12oz measuring cup (or can) so no need to dirty up a measuring cup! Fill the empty can to the top with the vodka and dump in your pitcher. Repeat with water. The lemonade is a concentrate, so you are bringing it to life. This is similar to jello shots – but with no boiling water (never a great idea with booze).
3. Whisk the lemonade, water, and vodka together until all ingredients are combined well and there are no more frozen lumps. Add the beer and stir.
4. This makes six cups (literally six eight ounce portions) – which is perfect for six cups filled with ice and our concoction poured over each one.
5. Enjoy!

1. This recipe is for two drinks (or two servings, of course) so you can split it up in two glasses or save half for round two.
2. Start by pouring all the orange juice and the two shots of liquor into a cocktail shaker. Give it a good couple of shakes to combine everything.
3. Fill two pint glasses to the top with ice.
4. Pour the mixture that is in the cocktail shaker halfway up each pint glass and then top with the Blue Moon.
5. Give the glasses a good stir to combine everything. Garnish with orange slices. Enjoy!

1. Start with pouring the whiskey, simple syrup, and lemon wedge (the whole wedge, we want the oils from the skin just as much as the juice) inside a cocktail shaker (don’t worry about the lemon seeds in there, we’ll strain it out later).
2. Muddle the fruit, sugar, and whiskey together for 30 seconds.
3. Fill the shaker halfway with ice. Shake that bad boy for another 30 seconds or until your forearms start to hurt, (you need to earn the cocktail).
4. Fill a rocks glass with ice (a large square or round cube works well, but not necessary).
5. Strain the mixuture from the shaker into the rocks glass. Fill the rest of the glass with the Blood & Honey Ale. The rest of the beer can we used for refills (or you have two hands, if you know what I mean).
6. Garnish with your lemon slice and enjoy!