Best Vodka For a Bloody Mary

If Tito Beveridge, the creator of Tito’s Handmade Vodka and the eerily infamous “Bloody” Mary Tudor were to have somehow met, well, few can say for sure whether it would or would not have been the dynamite relationship that is the timeless Tito’s Bloody Mary.

But don’t take my word for it. Ask your local bartender and they will tell you the same… you walk into your favorite bar and have a seat at the sodden granite counter top, noticing the slightly pulsing lights hanging from the ceiling above and then you ask… “Hello there. I’d like a Bloody Mary. What vodka do you recommend?” The bartender turns right around and puts a simplistic bottle down with a smooth tan label that anyone can recognize. You’re almost sure to hear the words “Tito’s all the way.” And for good reasons.

In the early 90’s Tito Beveridge set out with a vision to create a vodka “smooth enough to sip straight.” He wasn’t a vodka guy, he knew nothing about distilling spirits and in the same token, Texas had never had a legal distillery in the history of the state. But he saw a need and knew in his heart of hearts that the “American Dream” had a way of shining through for those with a “can do” spirit and enough drive to see their vision through even when things seemed drastically dim. After years of sleeping on the ground next to his stills, Tito took that drive to create and ran straight into the wind with his idea for a simply smooth vodka spreading his vision like dust in a wind storm. He found a way to market his product to anyone with even a slightly open ear and the rest, as they say, is history. After countless attempts at creating and testing and long fading days of running door to door, working the party scene late into night and hounding friends and friends of friends to try his vodka, Tito finally had something. And now, Tito’s is one of the most popular and widely used Vodkas etching its name into the minds of customers and vodka aficionados for nearly two decades.

So what exactly makes Tito’s the perfect spirit for the savory and bold Bloody Mary? Well, for one, the contrast of flavor makes for a more well-rounded cocktail than most other vodkas. Because the Bloody Mary tends to be more savory, brash and flavorful; the subtle and full bodied but slightly sweet profile of Tito’s is the perfect accomplice to a delicious drink. But creating this luscious taste profile is no easy feat. In fact, it’s quite the intricate process. Tito’s taste profile is created through distillation in old-fashioned pot stills that gives the vodka a little extra love from a more intensive and thorough distillation. This extra bit of attention to detail and the use of corn over potato or wheat as a main ingredient creates the perfect taste for a vodka and distinguishes itself in a class of its own. We all know there is nothing worse than sitting down in anticipation of your favorite brunch cocktail only to find that when your drink arrives the main spirit is flat and dull or, even worse, much too overbearing and potent, ultimately stealing the show. A Bloody Mary is a delicate recipe where each individual ingredient plays a key part in the formation of one tasty and unified whole.

Now don’t get me wrong. Tito’s is certainly not the only vodka for a Bloody Mary. But it absolutely is the best option that is most readily available. Plain and simple, you’re bound to find Tito’s in almost any bar or liquor store you come across at a fair and affordable price. So while this remains important to those who love these one of a kind cocktails, Tito’s will always be the top choice. 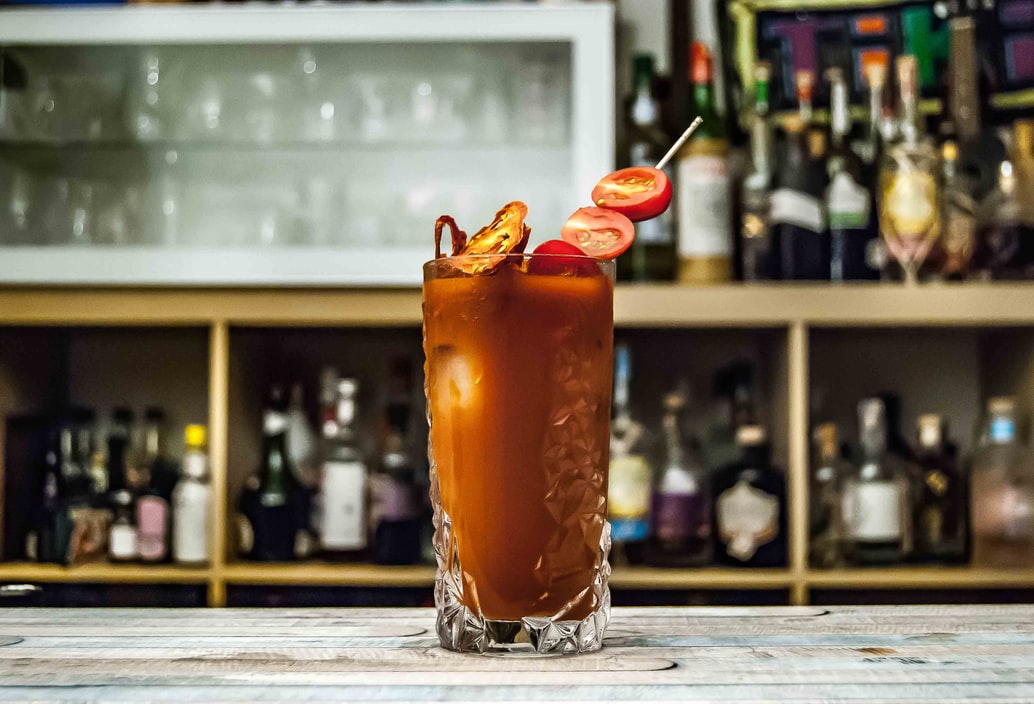 Much like craft beer, small-batch vodkas exclusivity ultimately creates a bit of a problematic situation for those with a thirst for blood… a Bloody Mary that is. No one wants to search high and wide on numerous directory outlets like Yelp or Google for a bar or liquor store that mentions the vodka of their choice. We as consumers go out to bars and clubs and restaurants to get a little loose and enjoy the atmospheric explosion around us; to be free and let the inner animal out. So if you’re spending hours filtering through websites in search of some mystic vodka for your Blood Mary, well, you’re certainly wasting valuable time that could ultimately be spent enjoying your favorite brunch time cocktail.

Besides convenience though, what else could be as important as being able to find such a beautifully well-rounded vodka almost anywhere? Well, how about finding a vodka for a price that won’t make your stomach want to detach from the inside out and sink onto the floor when the clerk scans the price of your bottle and the line juts out behind you? The average price for a 750 ml botte of Tito’s at any supermarket or liquor store is right around $19.99 and it will usually run you anywhere from $6-$10 a shot at a bar excluding happy hour. Which isn’t straight highway robbery like some of the other “luxury” brands out there. And any good ole’ sprit that doesn’t break the wallet is good in my book.

Yes, those are great attributes to have when there are so many choices. From the well-known goliaths like Smirnoff and Absolut to small-batch crusaders like the Icelandic Reyka or Anestasia out of Bend, OR, only the elite few have the ability to dawn the gluten free cape. Tito Beveridge made sure to banish that monster far away. Because Tito’s is made from the use of corn it is completely gluten free and appeals to a much wider base of us consumers than other vodkas. In short, Tito’s has and always will have your back.