Have you ever drank white ale? No? We bet you have. You just don’t know it since it is usually marketed as “witbier”. It directly translates to “white beer” which is a type of wheat beer that contains very little alcohol, but a bucket load of flavour.

Traditionally, it is created with spritzes of orange zest, coriander and multiple other spices — ginger being the main one. However, a lot of companies have stepped it up to include all sorts of aromas and scents for you to enjoy. This does mean that they’ve made it impossible to pick just one for your gathering, so we have curated a list of the best ones for you!

If you are into the aromas of citrus, you will love this one. Don’t worry though, the orange hit is followed by white grape and pepper scent, finishing with a rather tart vanilla smell.

On the palate, you will notice orange and lemon combining to bring you a pepped-up white ale that is decidedly different from what you may find with others. It is categorised as dry, thin and rather watered down. For those who like a sweet beer, this isn’t the one for you.

On the nose, a melange of herbs, fruits and flowers will flood your senses. If you choose to analyse it, you will realise the specifics of melon, tangerine, lemon and floral honey coming through. It is really rather wonderful.

Once you taste it, the orange flavour is pretty overwhelming. However, you can pick out some wheat tones in it too. The citrus does carry the spicy accents well but, the low level of carbonation means it doesn’t contain the body that you may be looking for.

This one harbours significantly less floral aroma. Instead, it focuses on a hit of coriander with an undertone of coconut. It’s fairly unusual for a white ale to contain such a strong coriander tone, but there is nothing like daring to be different! Although, sweet citrus does arrive later on in the smelling process but it doesn’t carry itself for very long.

On the palate, uncomplicated notes of old coriander and sweet honey come alive and make for an easy drinking experience. The perfect level of acidity balances the straightforward flavours well. However, the finish is not as crisp as some would prefer.

Brasserie du Bocq Blanche de Namur contains a strong, sweet mix of strawberry, bubble-gum and citrus aromas, balanced by floral elements. While this would be overwhelmingly sugary on its own, the fact that it is followed by coriander, peppercorn, ginger and aged honey calms it down.

As you drink it, the strawberry, lemon and bubble-gum additions are very apparent straight away. Then, the wheat kicks in to give it a nice richness, followed by a coriander spice that dominates the middle. It is let down slightly by its finish — an acidic taste is left behind due to the carbonation which dissipates and dries too quickly.

The nose is rather heavy on the hops but earthy scents seem to cut it through this and balances it wonderfully to the finish.

On the palate, the most notable aspect is undoubtedly the high carbonation level that makes it almost sizzle on your tongue. This doesn’t last for very long since the dryness settles in.

As you smell it, the characters that you expect from a white ale aren’t present. Instead, it seems as though it should be a mead. To start, subtle spices grace your tongue that dissipate to leave room for a creamy scent. This is then followed by perfume-esque smells in the background that lead to fruity — cherry, apple, pear — elements.

The perfect balance carries on into the flavour, which is an aspect that should be greatly admired! Orange zest and coriander bless your palate first, continuing with a sense of malt and honey. The finish is softer than you may expect, consider the factors that make up the aromas. 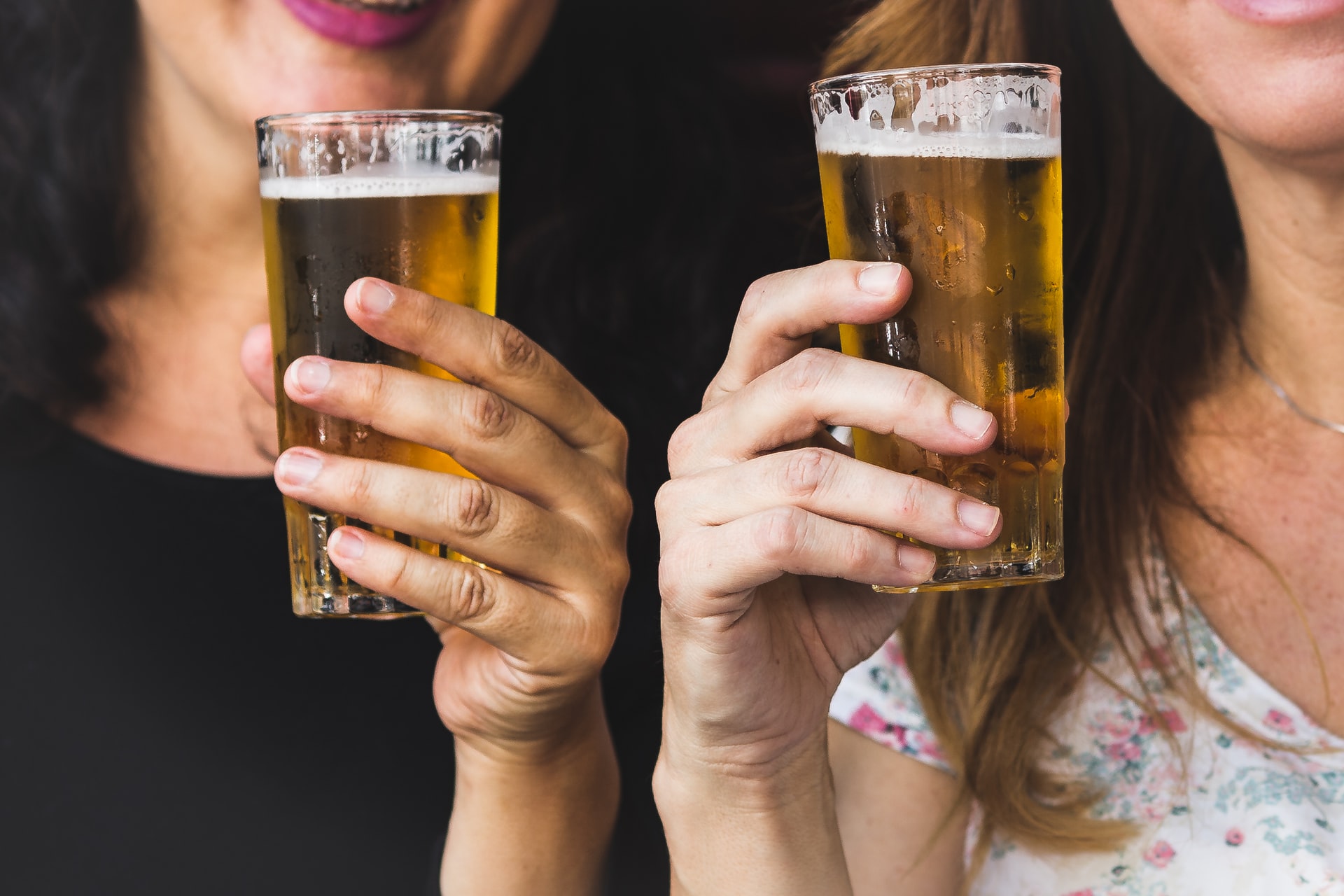 Light, sweet malt shows itself on the nose first, carrying a slight coriander and orange scent with it. It is extremely hard to pinpoint the nose since the aromas are not really there.

On the palate, you will be graced with a trickle of acidity, topped off with a sprinkling of coriander. This accompanies a sweetness that comes from orange citrus, floral and peppery tones. Critics characterise this Anheuser-Busch InBev Shock Top Belgian White as a medium body that finishes with a great crispness.

As soon as you catch a whiff of this white ale, a huge hit of floral notes will whisk you away. This mixes with earthy and herby hints that snuggle together in the background, somehow managing to not smell like perfume. Caramelised malt, mango, banana, grapefruit and a touch of honey are also present but are tougher to pick out.

Hops is the main character in this one, which is wildly out of the ordinary for a white ale. There are a whole host of aspects to the palate including, pine, citrus and florals. When the drinking experience is coming to the end, you will notice cherry, orange, bubble-gum and strawberry tones. Sadly, since the finish is so bitter and drying, it falls a bit flat — still very tasty though.

Now, when you take a trip down to the local with your pals, be sure to wow them with your expert knowledge on all the witbiers there. They will be flawed!