Can You Drink Expired Beer

Can You Drink Beer Past It’s Expiration Date?

Are you a casual drinker who threw a party and has a case of leftover beer sitting around that could take you years to finish off? Before you dump it down the drain, did you know that it is completely safe to drink beer past its expiration date? During the brewing process beer is normally pasteurized or filtered, processes that will eliminate bacteria and create a resistance to the beer spoiling. This allows for the beer to keep long after its expiration date. Beer will begin to lose its freshness as it is exposed to light, oxygen, heat, and the most common enemy, time. So, while the beer is safe to drink, it may not be the best option either. Let’s dive into some details and facts surrounding beer and its expiration.

When it comes to flavors fading with time, beer with hoppy flavors tend to be the first contenders. They will begin to have a cardboard taste as well as lose its aromatic presence. Heat will be the biggest threat to hoppy beers, and they should be stored somewhere could as opposed to being left out warm. When it comes to the timeline of a beer, we must remember that the brewer’s took special care to release it at the prime of its flavor, aroma, and life. As time goes by it will begin to leave this flavor peak and begin a decline into skunky aroma and dull taste. The prime of average beers is thirty days after bottling, and after about ninety days it will be far from its original form. Some beers have bottled-on dates, some have enjoy-before dates, others leave you to guess. If you are looking to enjoy your beer in its prime, make sure to inspect the label and avoid shelved beers. Also keep in mind that darker bottles and cardboard help beer reduce its exposure to light and can help keep it fresher while in transit.

Now that we have covered what keeps beer fresh and what begins its expiration, let’s discuss what to expect from expired beer and what makes people drink it. Reading through numerous forums shows that some people love experimenting with expired beer and how its favors can change. Some have claimed to have drank fifty-year-old beer and one even mentioned a beer from 1902. You judge the truth behind the claims, but one thing all posts have in common is the fact that expired beer has not made anyone sick. The only worries facing expired beer would be tampering to the packaging that would lead to oxygen being allowed into the bottle, creating bacteria. Aluminum cans can also have elements seep into the beer which can also cause illness if drank. If drinking expired beer, it is important to check for proper seals and avoid cans if possible. 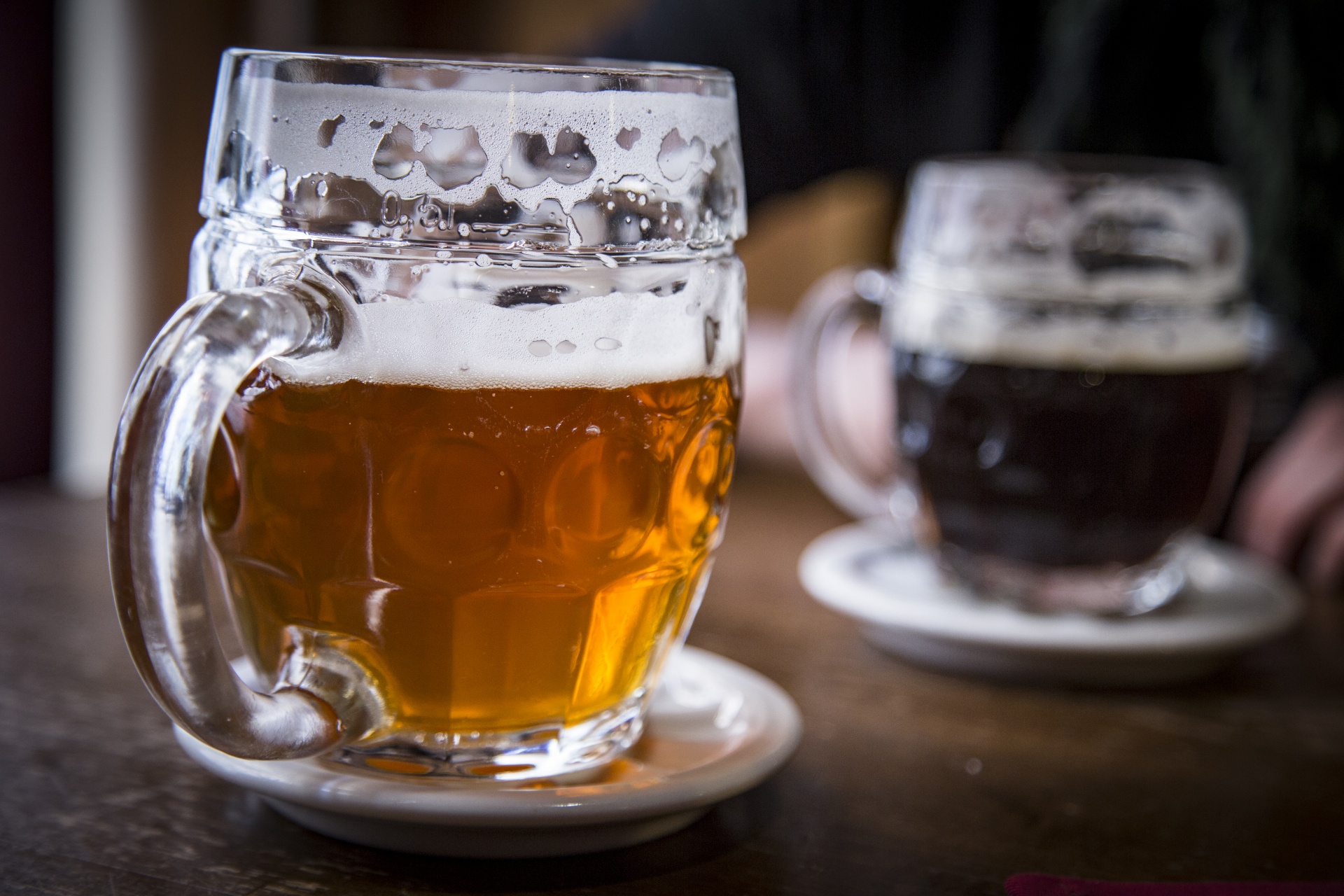 So, while we covered the negatives and downsides to drinking beer past the enjoy-by date, are there any positives to talk about? Surprisingly, yes there are a few things aging beer can be good for. While we mentioned light, hoppy beers losing flavor over time, the opposite applies to darker ales. Stoudts and other dark beers breakdown the same way, however, malts begin to improve the flavor giving it sweet, honey-like flavors. These types of beer are crafted to age and create stronger flavor profiles as the structure of the beer begins to breakdown over time. So sometimes it is better to set these aside in the fridge to enjoy on a later date. It is always smart to drink one cold bottle close to the day you buy it to compare to the flavor and aroma as the beer ages.

While it may not be the best practice to purposely drink aged beer, given it is not a dark ale, it is completely safe to consume. It may have a skunky smell and leave your mouth with a cardboard-like taste, but your body will survive. For the casual drinkers this means your 20-year-old case of beer may one day come in handy in an apocalypse, zombie outbreak, or just to crack a cold one with the boys. Or perhaps you just leave it in the fridge and enjoy a slightly-less flavorful beer here and there. Either way, hopefully you can now find new ways to enjoy beer, even past its intended time frame for best quality.