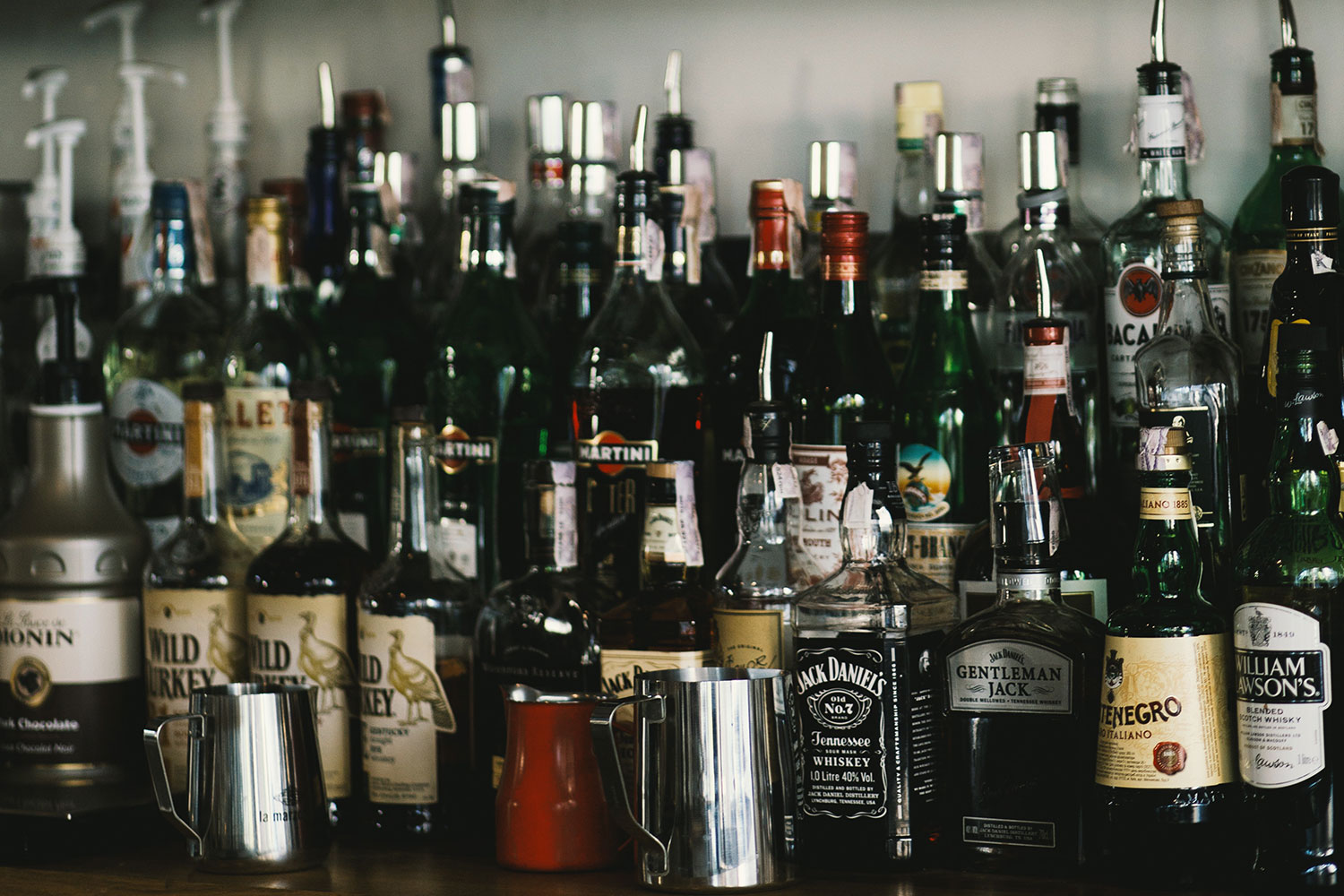 There’s cognac and then there’s Hennessey. In an already distinguished market of liquor, Hennessey has come to be known as one of the finest, and most expensive brands of cognac, producing almost half of the world’s cognac. But what distinguishes Hennessey from a run of the mill cognac? Where did it earn its name and how?

Where Was Hennessey Born?

Despite cognac being a French liquor, named after a region in Southwest France where it is produced, Hennessey was made by an Irish soldier and aristocrat named Richard Hennessey who decided, after a life of bloodshed and battle, that he wanted to make booze. Apparently, he was good at it.

Barrels from the 1800’s are still being blended into modern cognacs and sold at exorbitant prices. His progeny wasn’t so bad at it either. The Hennessey company was kept in the hands of the Hennessey’s for the entire 253 years of the company’s history. In 1987 Hennessey merged with Louis Vuitton, because, apparently, there is no such thing as too much class. This changed very little of the cognac making process except for the price, which, as always, increased.

How Did it Get Where it is Today?

Hennessey really began its rapid climb to super-effluence after World War One. Before this time, Hennessey was just like any other cognac: a somewhat expensive liquor among many other expensive liquors, but WWI brought American soldiers to Europe and, in France, Hennessey became a favorite of African American soldiers. After the end of WWI, in a world where slavery had ended only fifty years before and segregation would last for another forty years, Hennessey made the bold decision to market specifically to African Americans.

To make a long story short, it worked. Today Hennessey is known as being a favorite of rappers like Nas, who signed a brand ambassador deal. Mentions of Hennessey have been counted in the thousands by artists such as the Notorious BIG, 2Pac, Kanye, Rick Ross, Dr. Dre, 50 Cent. Hennessey is set to be a $1.4 trillion business by 2020.

What Makes Hennessey Different From Other Cognacs?

While interesting, none of this tells you about the cognac itself. The difference between Hennessey and other cognacs is that Hennessey has gained a reputation for their skill in blending. Blending involves mixing different cognacs in order to create a distinct flavor. While most cognacs blend together barrels, Hennessey is made from 40 different distillations (called eau de vie) and then aged in French oak barrels, heightening the ABV. It is the barrels, especially, which give Hennessey its signature, nutty, roasted flavor and reduce some of the fruit, spice, and vanilla flavors to more gentle notes.

Eight generations of Hennessey brewers have perfected this signature flavor, that is well worth the price label. While a standard bottle of Hennessey costs around $50, which is still costly (at least for a struggling writer), other bottles can run for as high as $10,000 for a bottle of Hennessey Ellipse.

Where Should I Start With Hennessey?

First, if you are just now testing the outskirts of cognac, you should be aware of the rating system for cognac age. Rather than depending on just the year of production, cognac’s unique rating system consists of VS (very special), a cognac that has been aged at least two years; VSOP, which either stands for “very special old pale” or “very superior old pale” and is aged for at least four years (it can also be referred to as ‘Reserve’ or ‘Old’); and, XO or Napoleon, which is aged at least six years. The number of years distilled refers to the least distilled wine in the blend, so most of the spirits in each Cognac have been distilled for much longer.

As an initiate to the world of Hennessey, you should save your money and buy a reasonably priced VS or VSOP which will give you the signature taste of Hennessey, without its signature price. Hennessey has a wide selection of cognacs that match this description perfectly. 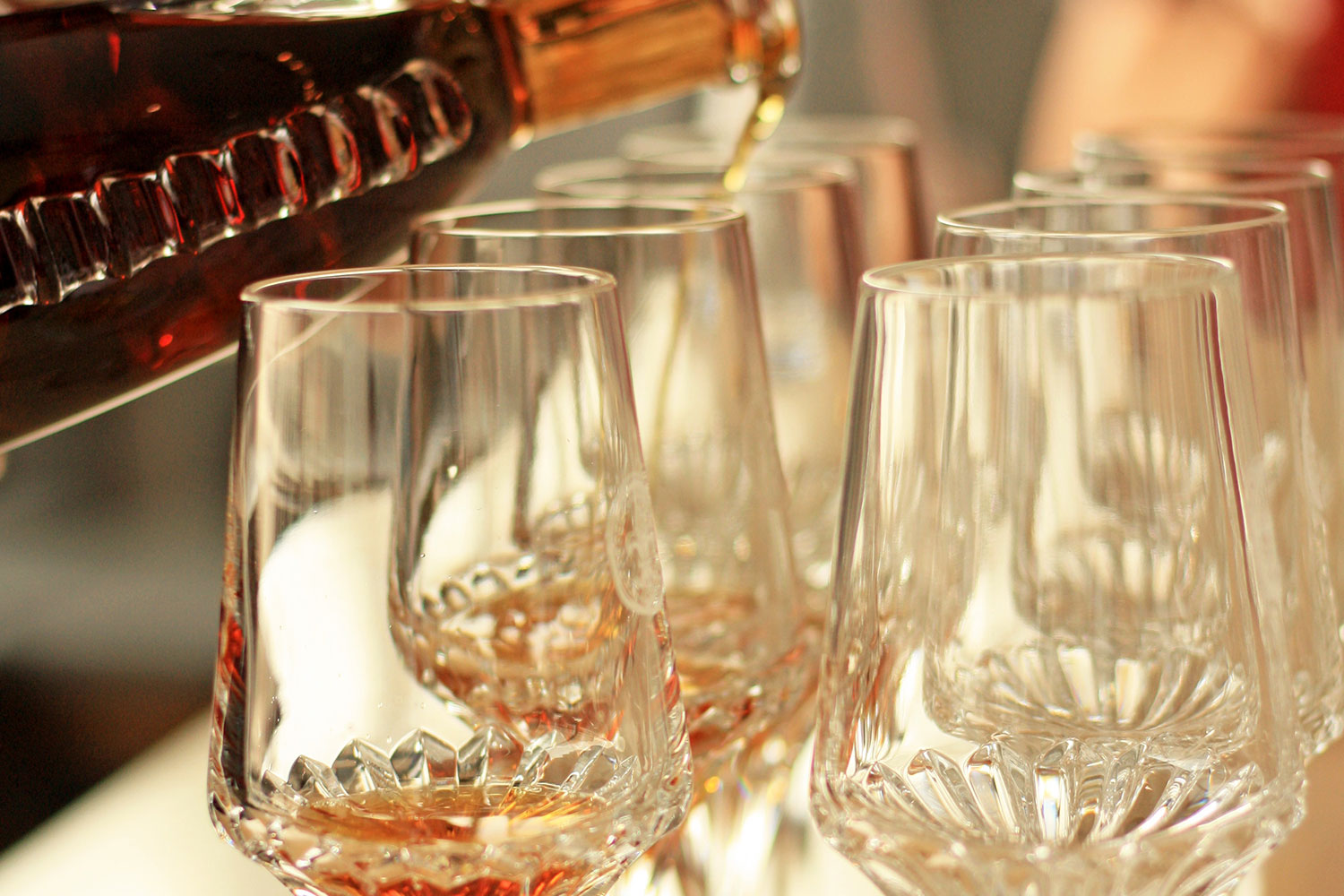 The flagship of Hennessey, this is the world’s most popular cognac. The grapes are present in the intense fruity flavor and the pleasant oak and toasted almond flavors come straight from the barrel. This is a younger VS cognac, so the flavor will be a bit rougher, but the price, at $43, makes it a good entry-level Cognac.

If you would rather mix your cognac than sip it, Hennessey Black may be the Hennessey for you. As a VS cognac, its finish is a little rougher, but its notes of citrus and jasmine, along with the boozy kick, were meant to mingle with other flavors in a cocktail glass. Besides that, the price is only $43.

For those with a little more free cash and a more discerning palate, Hennessey Privilege VSOP is a more aged, smoother alternative. A bottle of Hennessey Privilege contains aromas of oak and fruit. Flavors of cinnamon, vanilla, honey, apple, and spice make it a strong choice for drinking neat. Cognac should be drank without ice or water at room temperature or cooler. A snifter or other round-bottomed glass allows for swirling, which release more of the aroma. At $65, this is still an option for cocktails, but try it neat first.

So maybe you’re a man or woman who thinks anything worth doing is doing right, and you have the funds to back up your philosophy, in this case, Hennessey XO is the standard “extra old” Hennessey. First made in 1870, it holds the distinction of the first cognac to receive the XO classification, and remains a favorite today.

Hennessy XO contains notes of candied fruit, cocoa, and spices. Unlike the other cognacs listed on this page, Hennessy XO is made with a blend of 100 eaux-de-vies, making for a complex but elegant drinking experience. At $176, anyone using this cognac to mix cocktails is either stupid or reckless.