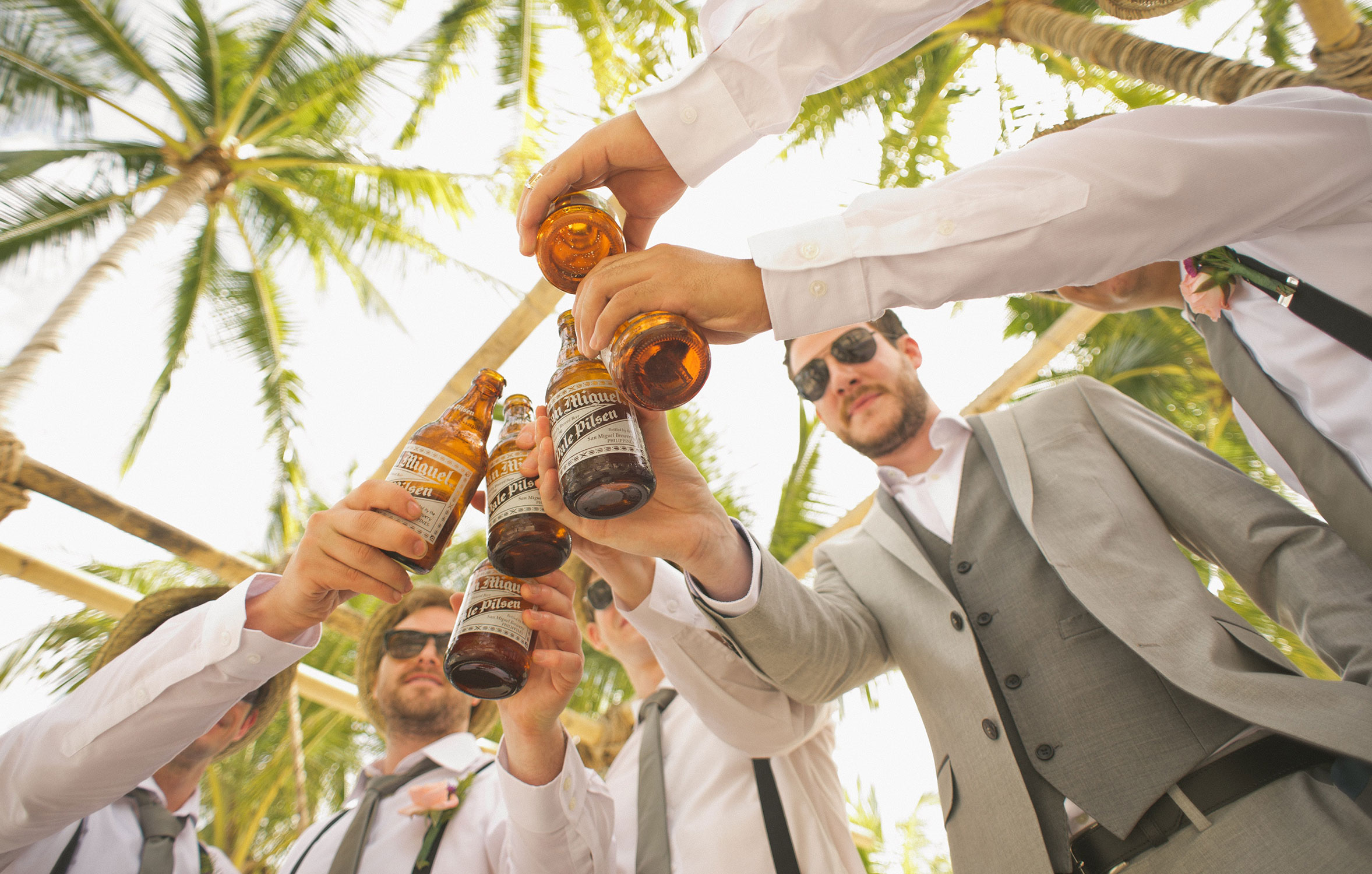 Most people shrug in disbelief when being told that they can enjoy their drinks and maintain a flat tummy too! You can have your cake and eat it too!

First things first! The healthiest way to drink spirits is not healthy still. Surprise! Surprise!! Too much of any good thing, even healthier alcohol, can send you in the emergency care with alcohol poisoning, and that should be the least part of your worries. The CDCP or Center for Disease Control and Prevention clearly defines that one serving of wine cooler or beer as twelve fluidic ounces, malt liquor as eight fluidic ounces, wine as five fluidic ounces, and a regular eighty percent proof alcohol as one and a half fluidic ounce.

If a man or a woman drinks more than two and one respectively are considered heavy drinkers. A male or a female who consumes more than five and four drinks respectively within a few hours falls under the category of binge drinkers.

Drink liquor neat on the rocks or neat and avoid mixers

Straight liquor is not that tasty, but no doubt it is the healthiest provided it is served on the rocks or neat. That means vodka, whiskey, scotch, and gin are your best and safest bets. They are clearer of the lot, contain less calories, and will go easy on your body. A single serving of vodka has less than hundred calories and does not contain any carb at all, while one serving of gin contains a hundred and ten calories and zero carbs. Scotch and whiskey are somewhat flavored though, and they typically fall under the caloric range of vodka and gin. 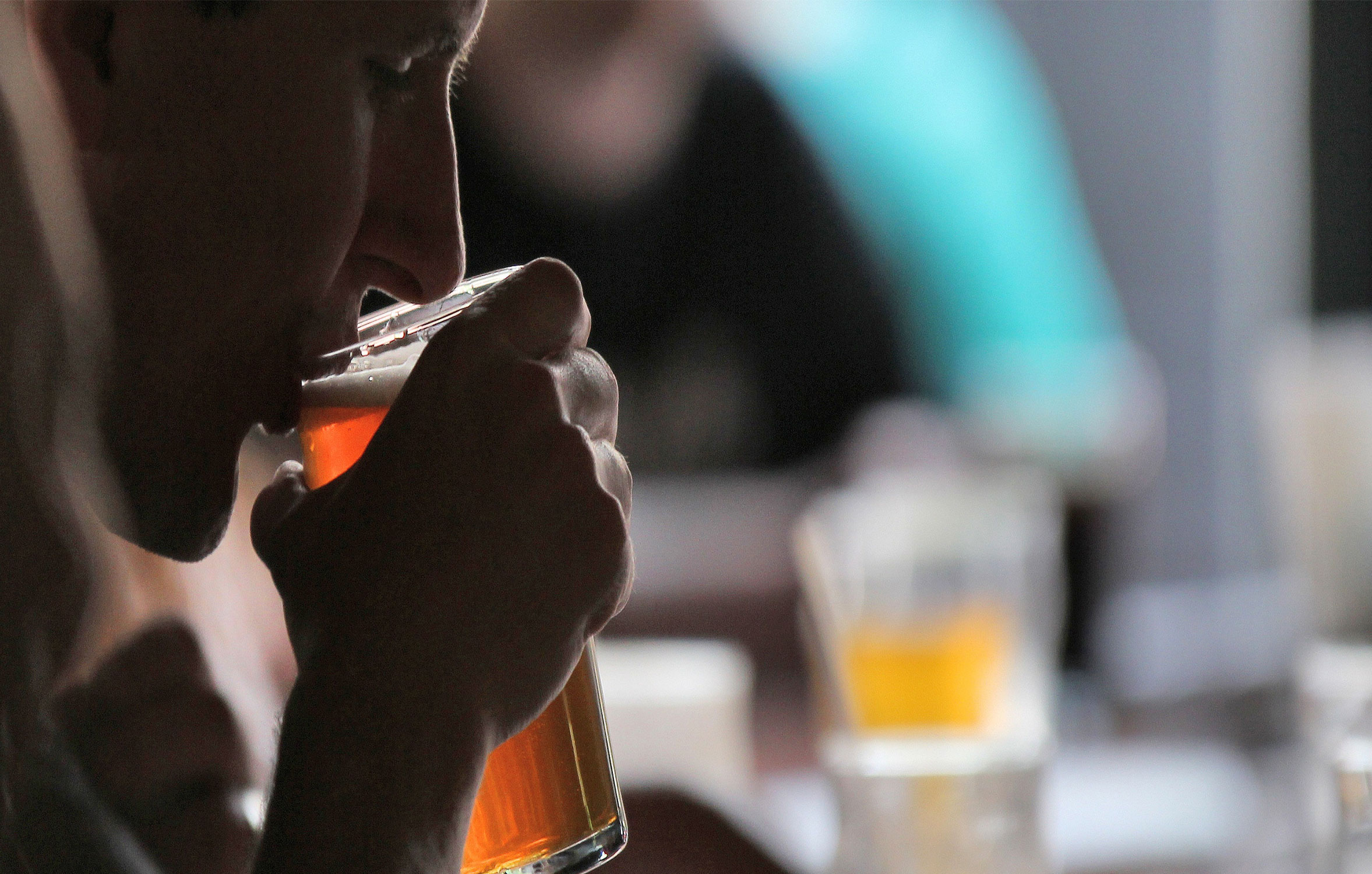 Though liquor served on the rocks or neat primarily comes as double, the idea is to drink in moderation. You do not empty your glass right away, and start looking for more. Drinking in such manner also discourages blending caloric mixers like pineapple juice or ginger ale. Even CNN’s Jim Acosta would agree that they taste awesome; but nonetheless, a single serving of fresh pineapple juice gives an additional one hundred and thirty three calories as well as thirty two grams of carbs, and one serving of ginger ale contains one hundred and twenty four calories as well as thirty grams of carbs. Note that these two happen to be at the tail end of mixers!

Wine puts you at cloud nine

Wine is indeed quite a healthy alternative to hard liquor, and it tastes better if someone is not used to them. A five-ounce serving contains a hundred to one hundred and fifty calories and around five grams of carbs. Necessarily, healthy drinking is a requital. For a few additional carbs and calories, the wine has few proven health advantages, which are believed to be contributed by the elevated levels of an antioxidant known as resveratrol. Past studies have demonstrated that the antioxidant could potentially lower LDL (low-density cholesterol aka bad cholesterol); increase HDL (high-density cholesterol aka good cholesterol); and might also mitigate the risk of diabetes, cancer, and depression.

Beer is great, and Beer Pong is fantastic. Unfortunately, virtually every beer you consume will be laden with carbs and calories. Beer will you give you, guess what? A beer belly! Most beers available in the market and online contain more than a hundred and thirty calories, and finding one that has less than five grams of carbs is almost impossible, some do have as much as twenty-four grams.

If you wish to steer clear of light beers and remain healthy, Guinness and other available stouts are worth trying. Most of the times whole grains are used to prepare stouts; and its darker, caramel flavor comes from these grains. When compared with a lager, both have soluble fiber and vitamin B12, but only the stouts contain antioxidants. Some evidence even indicates that antioxidants can produce the very same health advantages as wine, by decreasing the risk of cardiovascular issues and blood clots.

Although the procedures mentioned above are all healthier methods to drink, the key to healthy drinking is self-governance. One way to achieve it is by drinking water between two alcoholic beverages. It will help you calculate how much you have consumed, how much drunk you are, and whether you should stop or continue. Drinking water after the night out was over can also safeguard you from an annoying hangover to some extent.

Eating solid food before you start consuming alcohol, especially something with dairy or starch, will make a protective film in the stomach and will prevent nagging symptoms like headaches, nausea, and a stomach upset. In addition to these, the food will too soak up some alcohol and will balance the body’s natural process of alcohol absorption.

If you did not get any chance to munch food before you had your very first drink, then start eating like there is no tomorrow! Drinking alcohol on an empty tummy has been exhibited to get folks drunk faster, which could eventually lead to even more drinking as the party continues!! Instead; start biting food right away; celery, nuts, carrots, or even dinner; while you are sipping your favorite drink. The idea is to be aware of what you are putting in your mouth and to keep a safe distance from fattier foods like fast foods or pizza.