Jas Hennessy & Co. is the formal name for this brandy distiller, casually known as ‘Henny’. Based in Cognac, France, they are the largest cognac producer, selling around 50 million bottles every single year. However, there is not just one type of Hennessy – there are quite a few – and if you’re not a big Hennessy drinker, this may come as a shock to you, but this list is here to provide you with the knowledge!

Hennessy Very Special is today’s version of the original Hennessy 3-Star and is enjoyed by those who love it over ice, neat or with their desired mixer. This is undisputedly the world’s most popular Cognac and carries notes of French oak, apple, citrus, fresh grapes and grilled almonds.

This decadent tipple was originally created in honour of Marshal ‘Major’ Taylor, a global leader on the cycling track and beyond. His ‘Never stop. Never settle.’ attitude is being used by many brands and Hennessy V.S was created with this in mind.

Hennessy Black is on the smoother end of the Cognac spectrum bringing the drinker both floral aspects and a completeness to the palate. Aged in oak barrels and featuring notes of jasmine, honey, fresh grapes and citrus fruits, this tipple was created in 2009 for those accepting of the different and not-yet experienced.

A whole host of fruits and aromatic flowery flavours are expressed throughout this delightful bottle. With the addition of honey, sweetness cuts out any bitterness and provides for a sweet, exquisite taste. This masterfully-created drink allows for the classic qualities of white wine to come through and be centre stage, giving the taster an extremely easy drinking experience.

Hennessy prides itself on achieving on constant, unwavering perfection and this Very Special Old Pale Privilège does so with each bottle, every time. 60 different eaux-de-vies (clear, fruit flavoured brandy that goes through a process of double distillation and fermentation) are blended together to allow for the most decadent, elegant concoction. The tasting notes of this drink are classified as French oak, vanilla, cinnamon, candied fruit and clove – perfect for all those classic Cognac cocktails.

This excellent value for money Cognac works fantastically in cocktails or simply on its own too. The tasting notes of fruit, honey, spice and cinnamon lie somewhere between the previously mentioned Very Special and the Very Special Old Pale. Each bottle is aged for no less than 4 years and has even been known to sit for up to 25.

The first extra-old Cognac was originally bottled by Maurice Hennessy and is much more complex than the aforementioned V.S.O.P. To the nose, dried figs and prunes present themselves and then develop into a richer set of chocolate, black pepper and cinnamon. Advancing on to the palate, this tipple rings true to its aromas of chocolate and dried fruit but is not without the roundness you expect from such quality with the fragrances from the barrels. 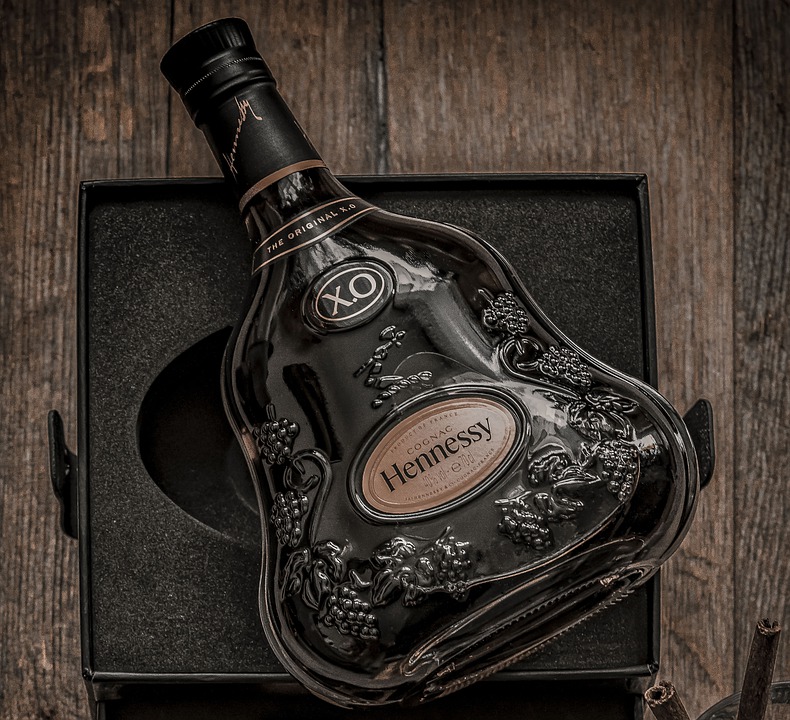 In celebration of the 100th birthday of Hennessy Cognac, the family launched a limited edition special of the Cognac originally kept purely for their loved ones. This blend contains 11 eaux-du-vies from Grande Champagne which is renowned as the most luxurious grape growing farm in the whole of France.

Once on the nose, this delightful drink displays wonderful tones of green citrus, vanilla, almonds and other nuts. However, the palate presents a rather harsh first taste but quickly adapts to a subtle spicy lemon flavour – a truly unique taste.

This drink is named after the rooms in the cellars where only the ancient and finest eaux-de-vies are kept secure. Dried rose petals, honey, flowers, spices and truffle are the elements that make Hennessy Paradis a sheer indulgence. It harbours a silky texture which allows for an intense continuity of deep flavour long after it has left the mouth.

Interestingly, this limited-edition product comes as a duo collection of two bottles – ‘Subtle Strength’ and ‘Robust Character’. Here, Hennessy is giving connoisseurs the chance to experiment with both of the contrasting characteristics of both drinks in their own way to create their very own expert blend.

This tipple uses 100 of only the finest quality eaux-de-vies and was made specifically to honour the founder of Hennessy Cognac. On the nose, notes of various spices and blossoms such as oak, black pepper and vanilla can be found. Once in the mouth, deep oak can be tasted along with an assortment of both juicy and stewed fruit which continue on into a flawless aftertaste of fruit, oak and spice.

Produced in 1999, there were only 2000 bottles of this breath-taking blend made. However, no one expects such quality to be produced over and over again. It features 11 eaux-de-vies from the 20th century – only the finest vintages of course.

Hennessy Ellipse is bottled in a decanter made from Baccarat Crystal which highlights the magnificent quality long before sampling the drink. Much like ‘Timeless’ there were only 2000 bottles released – a divine rarity for collectors. It harbours 7 different eaux-de-vies which work beautifully to enhance each other, providing nothing but luxury to the drinker.

Globally, Beauté du Siécle is one of the most expensive Cognacs. Altogether, only 100 of these items blessed this world and it was designed by Jean-Miche Othoniel, who was a French artist, in honour of Kilian Hennessy. The bottles come in a grand, royal chest so it’s no surprise the price tag matches the look.

In 1860, Hennessy VVVV was released. This exceptional blend carries the Bras Armé coat of arms which was placed purposefully to show respect and honour of Richard’s career in the French army.

This tipple, which celebrates spicy notes, is widely known as being extremely special because it is so rare and very much limited edition. Aged in the brand’s most prestigious casks, this blend was set to impress right from the word go. Hennessy recommends (if you’re ever lucky enough to be in its presence) to enjoy this drink neat or on ice.

This drink was released in 1977, the year of the Queen’s silver jubilee. A mere 60 bottles of the remarkable Hennessy Silver Jubilee edition were ever produced – definitely one for the collectors. Only using eaux-de-vies that have been aged for no less than 100 years, this is truly an exceptional creation.

Like ‘Ellipse’, Hennessy First Landing is presented in an awe-inspiring Baccarat decanter, oozing elegance from every side. The rarest eaux-de-vies have been used here for the celebration of 130 years since Hennessy arrived in Japan.

This tipple plays tribute to James Hennessy with its preserved fruit taste suggestions mixed with mint, providing a wonderful structure to the drink which is said to be akin to praline. Alongside the delightful taste and aroma, the beautiful hues of amber glistening from the bottle allure everyone to its charm.

Named after the presentation – a bottle that fits perfectly on a bookshelf, complete with a box that is shaped exactly like a book – this top-class Cognac with its out-there presentation makes it great for collectors.

Once sampling, the drink lives up to the quality aesthetic with fruity wooden notes balanced with toasted almonds and special spices. Hennessy suggests this to be paired with coffee and lemon.

On the 250th Hennessy anniversary, the Maison honoured James Hennessy with this gorgeous creation. Intense eaux-de-vies were used to provide an unmatchable balance of wood tannins. The long selection process of said eaux-de-vies did not betray the time taken for the Hennessy family to create fantastic blends in the beginning.

As you can see, the Hennessy family made an abundance of high-quality cognacs to be enjoyed by everyone and, if you find yourself in the presence of one of the rarer products here, be sure to savour the moment as you are one of the lucky few.