If you’ve ever been in a region where palm trees grow such as various regions in South America, Africa, Asia, and the Caribbean then you’ve probably heard locals talking about a special drink. A local favorite in many places that goes by many names but its most common is palm wine, an alcoholic drink made from the fermented sap of palm trees. How it’s made and what it’s made with vary from one region to the next, created by small distilleries and local farmers it is a tough drink to learn about. Asking locals about palm wine seems like an obvious step but you should know what you’re getting into first.

So today we are going to give you a crash course in the best types of palm wines. 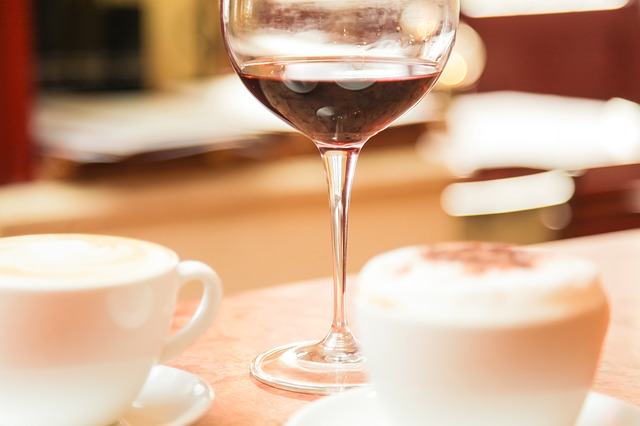 If and when you find yourself in the South Indian state of Kerala you’re bound to hear locals talking about something called, Kallu. This is a toddy style palm wine that is created from sap produced by the buds of the coconut palm flower, it’s a drink favored by everyone in the region. Local tappers as their known climb the trees three times a day to collect the sap cutting the buds to get access. After they’ve collected the sap is left to ferment throughout the day, near the end of the day it will reach an ABV of about 6%. Starting out with a fizzy, sweet coconut flavor Kallu will eventually turn strong and more tart with time.

This form of palm wine starts out its life similar to Kallu, collected as sap from palm trees by tappers and left to ferment but then it goes through a few extra steps. The initial palm wine sap is boiled down into a form of palm sugar known as jaggery that is dropped into pots filled with water and fermented sticky rice. The sugar of the jaggery activates the sticky rice yeast kicking off the fermenting process that last for several days, before being emptied into clay pots that are set over a charcoal stove. Iron works fill with water are placed over top causing condensation which is the Burmese Toddy Wine. Similar to Chinese rice wine, but not deadly, it’s not a drink to be taken lightly.

Made in Nigeria using the sap of the Raffia tree, another species of palm tree, Nkwu Ocha has been the main social drink of Nigeria for centuries. It has long been a must at any social gather such, especially weddings or large family gatherings. Gathered by like the other palm wines on our list by tappers who climb the trees to gather the sap, Nkwu Ocha comes into two varieties. The first is a non-alcoholic drink believed to have medicinal properties for your digestive system. The second is an alcoholic drink about as strong as a beer with the fizzy quality of soda minus the sugar. Even with introduction of foreign beers this drink has stayed popular with locals who see it as a part of their daily life.

Distilled in Sri Lanka and other areas nearby, Tuak is actually a form of palm wine brandy. As with all palm wines it starts out as sap collected by tappers from the local palm tree species before being distilled for a day or more. In the case of Tuak, the palm sap is mixed with raru bark during the distillation process to create a unique palm brandy. This unusual drink is most often seen during special events sold by street vendors at their stalls along with snacks; it shouldn’t be mistaken for a drink made with fermented rice called by the same name. As you would expect from a brandy, Tuak has a stronger bite then other palm wines and higher alcohol content so be careful if you have it.

The number of palm wines in the world where its produced can seem endless, there are dozens of different names for it and just as many distillation methods. So this list is best used as a basic guide of what to expect if you stumble into a stall selling palm wine. You can feel safe joining the locals for a drink of the local palm wine but make sure you ask what went into it first.