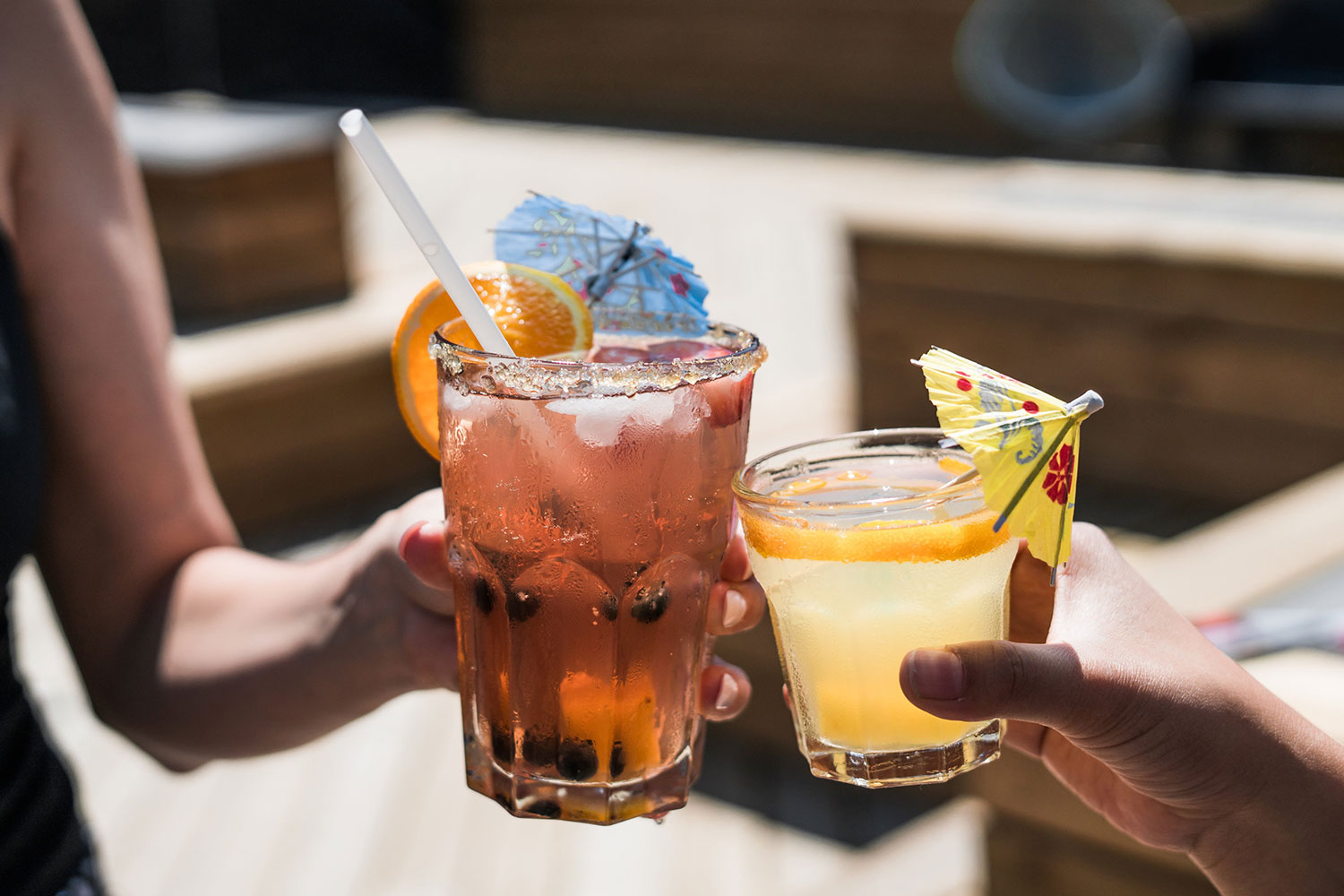 When it’s cold outside, nothing warms the cockles of one’s heart like a warm fire, loved ones, and too much bourbon. While you’re on your own to find out how to start a fire or find loved ones, we can certainly help you out with festive and creative ways to drink a lot of Bourbon.

A Gold Rush’s fruit and spice combination is the perfect way to enjoy a good bourbon, while the lemon zest makes sure you haven’t forgotten about spring.

There are two acceptable ways to make a gold rush with bourbon. The first is with a ginger liqueur, which brings out the spicier elements of the bourbon. This iteration is best with a strong bourbon, like Knob Creek, Wild Turkey, or Bulleit. The second replaces the ginger liqueur with honey, for a mellower, sweeter drink. This version is good with a milder bourbon, like Maker’s Mark, Woodford Reserve, or Basil Hayden’s

Combine 2 parts bourbon with 1 part ginger liqueur (like Domaine de Canton), adding 1 part lemon juice, and shaking to combine. Then, serve it in a Martini glass with a cherry.

First, make the honey syrup by heating 1 cup honey with 1/3 cup water over medium heat and stirring until the mixture is smooth and even. Then cool and refrigerate in a sealed container for at least an hour.
After you’ve made your syrup, just combine 2 parts bourbon with 1 part lemon juice and 1 part honey syrup. Just like the first version, shake and serve in a Martini glass.

This tart and spicy punch is a deeply embedded piece of British culture that was then adopted in the American Midwest. In the olden times (think knights and castles), apple growers would “wassail” apple trees by sprinkling this punch (then made with cider and ale) around their trees to keep away evil spirits and ensure a healthy cider harvest. Personally, if given the option between demons and wasting booze, I might take the demons, but to each their own.

This recipe is taken from the Rittenhouse Inn, a historic (and possibly haunted) landmark in Bayfield, Wisconsin that is just as big a part of Wisconsin history as the drinking of this punch.

The first part of making Wassail punch is to make Wassail. To do this, gather 12 whole cloves, 6 whole allspice berries, 1/2 inch of fresh sliced and peeled ginger root, 3 cinnamon sticks, and 12 whole white peppercorns in cheesecloth. Tie it up with twin to make a sort of teabag. Then pour a gallon fresh apple cider, 6 ounces of cranberry juice, and ¾ cup of light brown sugar into a large pot. Bring this and the bag of spices to a boil, then let it simmer for about half an hour. If you like it extra spicy, you can refrigerate your Wassail overnight with the spice bag sitting in it. This is Wassail and completely legal for children to consume.

What makes it fun is adding bourbon to it. The folks at the Rittenhouse Inn recommend about an ounce of bourbon for each cup, so I would recommend at least an ounce and a half. Pour that into a cup of your punch and sit back and enjoy the holiday spirit.

If you’re at a loss as to what bourbon to use, the spice levels of Four Roses Single Barrel and Old Grand Dad are appropriately festive for this yuletide drink.

An old fashioned on a cold winter’s night is already the perfect cure for winter blues, but this cocktail ups the ante by adding a tinge of maple syrup to the mix. You can make your own Maple simple syrup, but if this is too much effort after a long day of braving the cold, good old maple syrup is fine too.

For maple simple syrup combine ½ a cup of pure maple syrup, ½ a cup of water, 2 star anise, 2 cinnamon sticks, and 5 whole cloves in a saucepan. Bring it to a boil, then cut off the heat and let it stand, covered, for at least half an hour. For more spice, you could even let it sit overnight. Finally, strain the liquid into a clean container.

For the cocktail, stir together two teaspoons of the maple simple syrup or just maple syrup with a dash of Angostura bitters and an ounce of bourbon. Stir until the syrup completely dissipates. Garnish it with slice of orange peel. If desired, add a splash of water to release the bourbon flavor.

In Boston, the winters are brutal, but the bars make up for it with a rich, gut-warming selection of cocktails that will leave you pleasantly toasty and toasted.

One of the best is the Motto Guzzi. If you’re tired of using the stove or gathering spices just so you can drink, then this is the cocktail for you.

Just stir together equal parts Booker’s Bourbon and Punt e Mes with ice, strain into a chilled rocks glass, and enjoy. That’s it.

If you can’t get your hands on Booker’s Bourbon, an easy alternative is using 2 parts Jim Beam Black for 1 part Punt e Mes. This gives you a similar flavor for a fraction of the price.

Any collection of winter drinks without eggnog should be ashamed to be itself. And while eggnog is known to be enjoyed with a good spiced rum, I find that the taste of vanilla does wonders with the bourbon flavor.

If you’re into making your own eggnog, the process is actually pretty simple. If not, just pour the alcohol and nutmeg into store-bought eggnog and you’re golden.

To make your own eggnog, beat four egg yolks until they’re a lighter color. Then, gradually add a 1/3 cup sugar while continuing to beat the eggs. Do this until the sugar is dissolved. Then add a pint of milk, a cup of heavy cream, three ounces of bourbon, 2 ounces of vanilla or orange liqueur, a teaspoon of freshly ground nutmeg (store bought is fine, but you will pay for your laziness with a lack of flavor), and ½ teaspoon of vanilla extract in the mixing bowl and stir to combine.

Finally, whisk the egg whites into the mixture with the alcohol. Chill and then serve with another sprinkle of nutmeg on top.

Those cocktails should at least warm you through one winter. If you’re curious about bourbon shopping during the winter, I put together a list of bourbons, perfect for warming you through a long winter’s night. 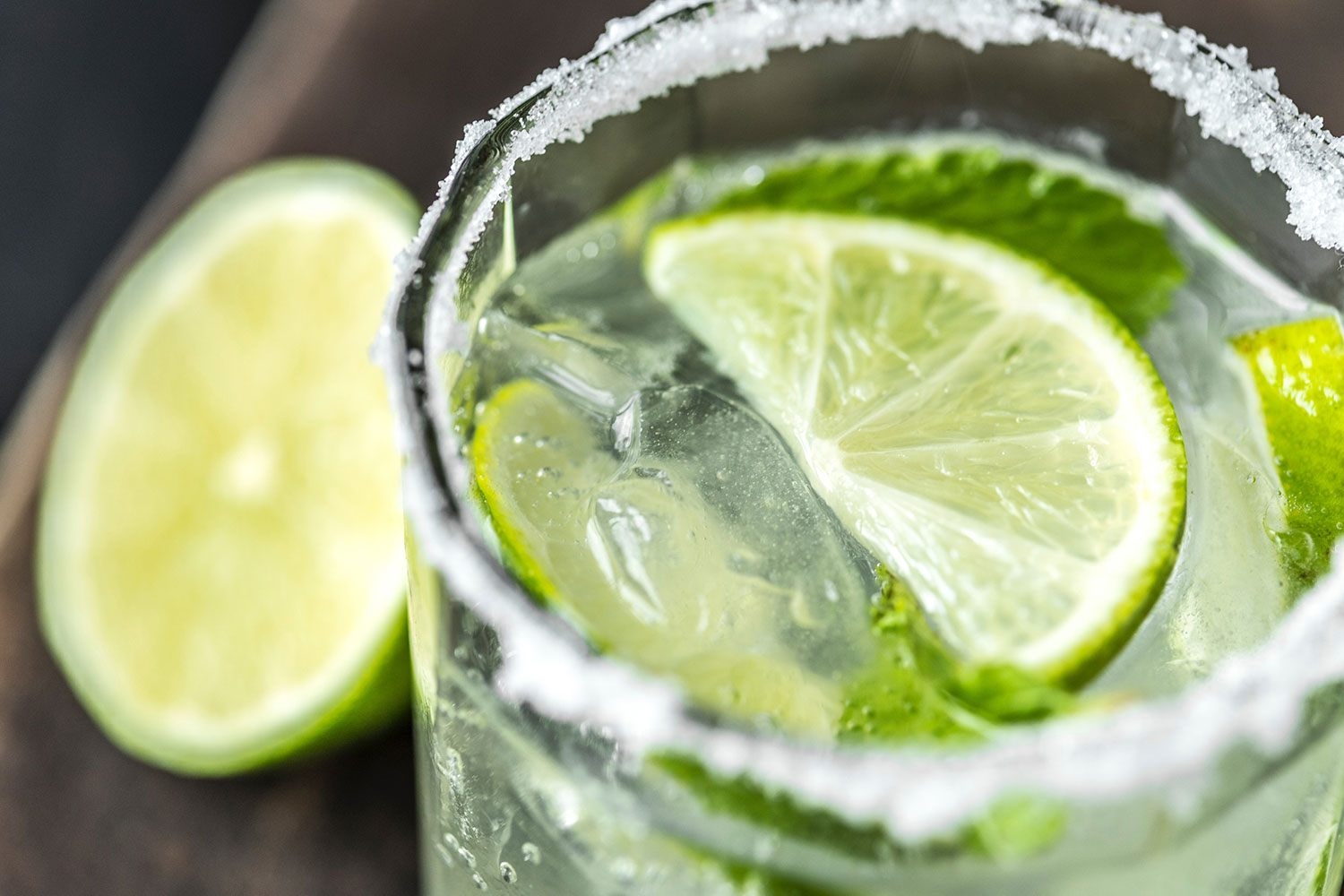 This 101 proof bourbon is sure to warm you up. Hints of sweet blackberries and honey combined with flavors of almonds and leather combine for a satisfyingly complex taste at a reasonable price.

This potent bourbon from the Buffalo Trace distillery contains an important ingredient that any holiday bourbon needs: spice. While it also contains flavors of toffee and fruit, spice is the main takeaway and as such, should be sipped carefully.

At almost eight-hundred dollars a bottle, this might be a whiskey to ask Santa for rather than buying it regularly.

If George T. Stagg was a bit pricey, Noah’s Mill from the Willet distillery might have what you’re looking for in spice while still floating around the fifty dollar mark. In addition to spice, this bourbon contains fruity notes of apricots and prunes along with a burnt caramel finish.

This bourbon tastes like crispy flapjacks soaked in the finest maple syrup that the great white north has to offer. The sweetness combines with the smoky flavor for a pleasing dessert whiskey to be enjoyed straight or simply something to stiffen up a hot chocolate as you relax by the fire.