Whatever the time of year, there’s always room for a delicious variety of berry liqueurs in your drinks cabinet. They can be used in many different ways, either on their own, or mixed with anything from tonic water, wine and even other liqueurs to make flavoursome cocktails. Here are 6 of the best, with some recipe suggestions to make them a welcome addition to your liquor library.

Traditionally, this is a sweet tasting but low alcohol liqueur, which is made from blackcurrants – and these usually must be French for it to be considered as authentic Crème de Cassis.

One of the most well-known cocktails to make with Crème de Cassis is ‘Sex on the Beach’, a heady, summery mixture of vodka, peach schnapps, Crème de Cassis, orange or pineapple juice and cranberry juice, which is then topped with a maraschino cherry and slice of orange as a garnish.

This delightful drink is sprightly and has all the brightness you’d expect from sparkly late summer berries, but the depth and tone of a serious liqueur too. Also known as Crème de Mure, it’s a simple and easy drink to make at home if you’d like to dip your toe into liqueur making.

To try this, simply add two cups of fresh (or frozen and defrosted) blackberries to a sealable jar. Over the top, pour three quarters of a cup of brandy, and one cup of vodka. Seal your jar and leave this somewhere cool to steep for three days.

After this time, strain the mixture into a clean jar through a layer of muslin cloth, then discard any remaining fruit/seeds. Put this to one side and make up a syrup by combining one cup of water and one cup of sugar in a small saucepan. Stir until the sugar is dissolved. Leave this to cool, then add this to your fruit mixture – shake to combine and seal your jar. This can be kept in the refrigerator for anything up to two months. 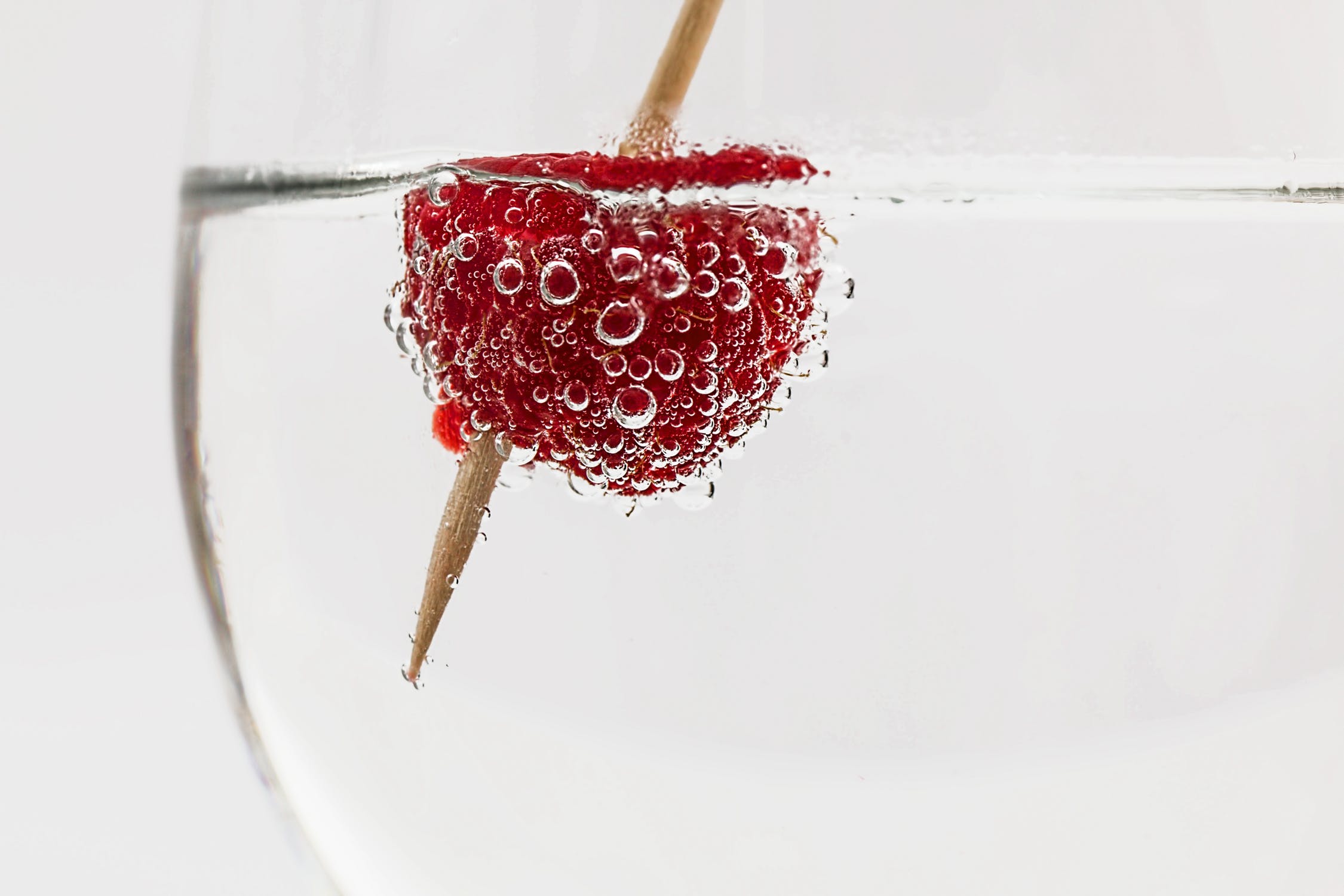 This is possibly one of the oldest liqueurs in existence. Chambord was created for King Louis XIV in 1685 when he visited the Chateau of the same name in France. It’s produced in the Loire Valley and is always made from a gleaming mixture of raspberries, honey, vanilla and cognac.

Given its royal connection, it’s considered to be a fine and elegant drink and therefore is often paired with wine or champagne for a very simple, but sophisticated cocktail.

More modern pairings for Chambord include the ‘Purple Haze’, which sees the liqueur mixed with vodka, lime and lemon soda and lemonade, and the ‘Vampire Kiss Martini’, which sees it mixed with champagne and vodka.

Cherry Heering was created by Peter Heering in 1818. Founded in Denmark, this liqueur established itself as a royal favourite and attracted attention from all over the world instantly.

Cherry liqueurs can, on the whole, be heavily flavoured and scented, which can sometimes be a touch overpowering. Cherry Heering is different in that it is made using natural flavourings – the cherries are only lightly crushed before they’re covered in a light, neutral spirit, to enhance and enrich their flavour subtly. It’s then aged over five years and is used to make cocktails such as Blood and Sand, which is a heady mixture of Heering, Vermouth, Whisky and Orange juice, or the more well-known Singapore Sling, which is gin, Benedictine, Lime, syrup and soda.

For the serious connoisseur of sweet drinks, Lychee Liqueur isn’t perhaps as well-known as others, but still very worth investigation.

It’s only a relatively recently invented liquor and it was spirit producers in Asia who brought this to the fore when they created a way of distilling the essence of the fruit and mixing in with base liquor to produce a sweet spirit, rather than the older method of extracting the pulp and juice from the fruit to create a syrupy infusion.

Why not try making an Amarula and Eve cocktail with this unusual blend? Simply mix Amarula cream with vodka, grapefruit juice and lychee liqueur. Shake all the ingredients together well and serve over ice with a fresh lychee.

No, we’ve not gone mad! Sloe gin is actually a liqueur, rather than a spirit and this is purely because of its lower alcohol content and manufacturing process. It’s made from the sloe plums that come from the blackthorn berry bush.

It can be used to make the ever popular Gin Fizz, which is a pretty moveable recipe – but typically involves mixing equal parts of sloe gin with regular gin, lemon juice and ice. It’s served well shaken in a highball glass.

This is another liqueur that is popular amongst those who like to make their own drinks. Sloes are plentiful in hedgerows (particularly, but not exclusively in the UK).

To make a bottle of sloe gin, use around 450 grams of sloes and rinse them well under cold water to remove any grit, pests or other materials you don’t want in your liqueur. The skin of the fruit needs to split to let the flavour out and the best way to do this is to place them in a freezer bag in the deep freeze overnight. When they thaw the next day they will release their juice.

Place your juicy sloes in a jar and then in a separate jug put 475 ml of good quality gin, and 200g of caster sugar. Mix these together well until the sugar has dissolved. Pour this over the fruit, seal the jars tightly and leave in a cool, dark place to infuse – the longer you can leave this the better, but typically two months is best.

Once ready to drink, strain the sloes and reserve the liqueur into clean bottles, sealing them tightly.