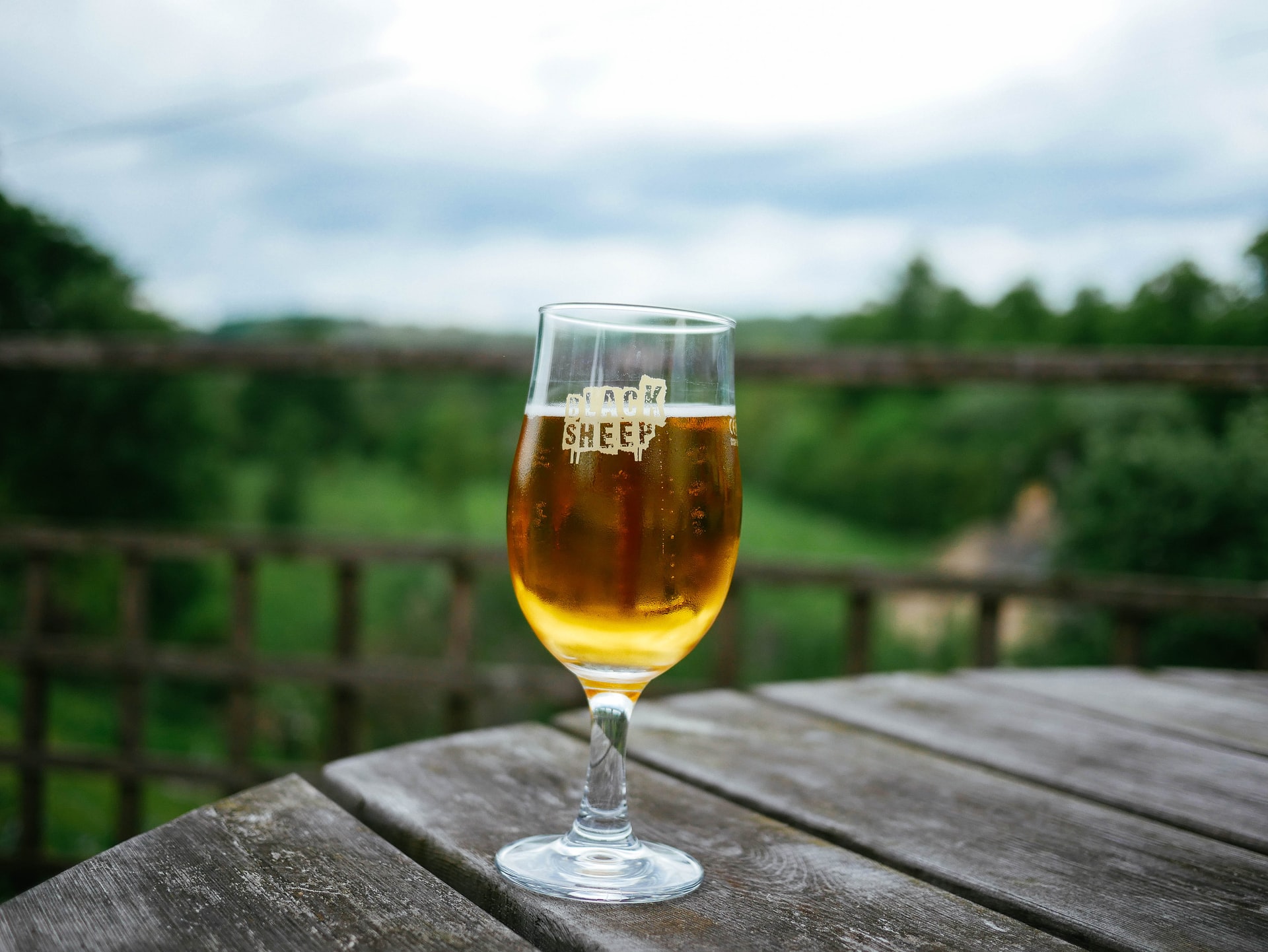 Sour and Spice and Everything Nice

Sour ale hit the scene quite abruptly in 1996 after William Reed of the Boston Beer Company set forth an experimental batch of brew he’d invented called Brewhouse Tart. What’s absolutely astounding about this wild and experimental concoction is it quite simply came about out of thin air. Reed, after setting aside a single keg for seventeen years which went completely unnoticed, opened the batch years later and found it to be in “great shape” with a brick like color and resembling the taste profile of that of a “liquid sour patch kid.” The ale had a certain tannic, woody, cherry and port like flavors but what hit himself and others trying the ale right in the mouth was the notable acidity. Liquid music. Now, in almost every brewery spanning across North America, a certain sour ale seems to find itself on just about every menu. Here are my favorites:

1. The Bruery “Tart of Darkness”

Just about any Sour aged in oak barrels has my approval. Why you might ask? Well, simply because of the complex malty flavor it produces (kind of like the tannic body of a red wine). The Tart of Darkness is known for its supremely sour aftershock and hails from Orange County, CA with an ABV of 5.6%. This sour stout is sure to send your taste buds into a wild feeding frenzy like sharks in a pool of blood.

Green Man Brewery out of North Carolina has been accused of making magic with this limited release sour. I had it in a bar in Venice, California one rainy night—yes, a rainy night in Southern California if you can believe it—and was blown clear out of my seat and into the alleyway at just how impressive this sour was. I’ve yet to find it again to this day, but, if you can get your hands on the elusive Snozzberry Sour, you’re sure to find a beer with lavish decadent color, a fruity and mysterious aroma and flavor as the Snozzberry is aged in oak barrels for a year on the nose. If they had one thing right in Super Troopers, the snozzberries really do taste like snozzberries.

Brewed right in beautiful Santa Rosa, CA, Russian River Brewing already has generated some serious clout from their infamous Pliny the Elder. And now, producing some of the country’s best barrel aged sours comes Consecration, a sour ale produced in California wine barrels with a ridiculously impressive ABV of 10%. I mean… do I really need to say more? 10%. Let that sink in for a moment. Not only are you getting an impossibly strong and full-bodied beer with such a complex flavor profile consisting of Sauvignon notes and black currant flavor but you’re sipping one of the most notable sours from one the of country’s most sought after breweries.

I know, I know, most of these sour ales are special releases and have only seen the light of day for what seems like an elusive minute or two… but, that doesn’t mean they aren’t incredible in every which way. If you’ve been lucky enough to have tried the Red Poppy, then well, you know exactly what I’m talking about. The Lost Abbey may very well be one of the most famous breweries there is, and the Red Poppy is a spitting image of what The Lost Abbey represents. Made from the base of a brown ale, you’re sure to find an intense explosion of sour cherries and a malty flavor from oak barrels this bad boy has been sitting in for the past 6 months. Hold on to your tongues!

Out of the Wild Sour (83) series, the Synchopathic is one recommended to me by a mixologist out of LA when asked of some of his favorite sours. I trust this man with my life, as well as my beer and the way he explained it had my jaw scrapping the floor. Extremely tart and fruity with minor sweetness, this beer will make your bones pucker. The bitterness will shake you and expect notes of lemon juice and grapefruit with a twang of the brain. 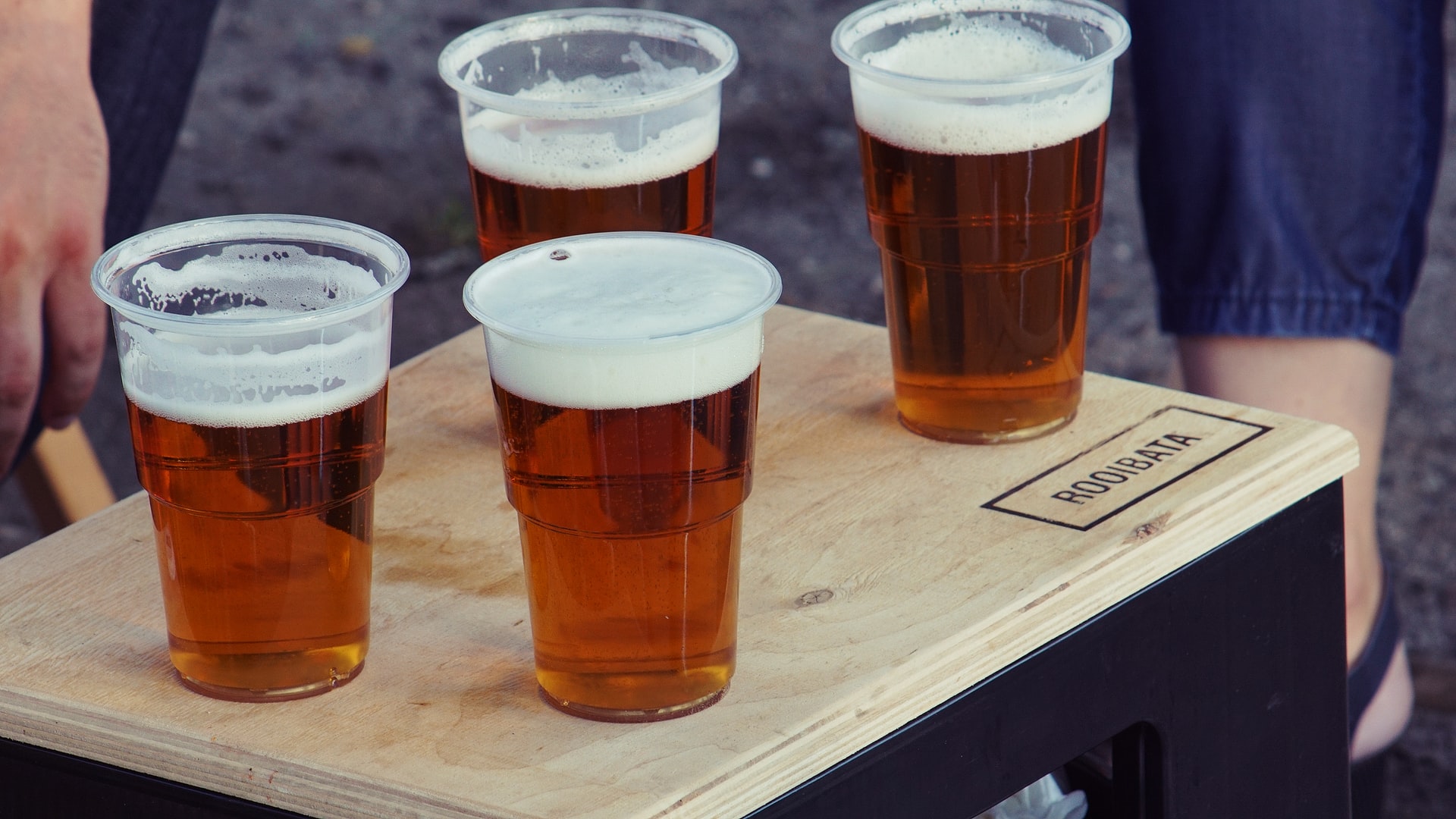 To be honest, I can’t pronounce this one either without butchering it at least ten or so times. But what I can do is drink this delicious sour ale for the better part of a night and feel oh so incredible after. Whenever one is able to describe a beer taste as “funky,” you know you’re in the right place. Notes of both sweet and tart cherries make their way to the forefront while a nice and juicy flavor kicks into gear right after. This beer is simple yet a bit hard to understand. Sounds like more than a few people I know…

This is another one recommended to me by the faithful and mystic Chris of West L.A. For more than one reason, I’m unable to fully credit this guru by blasting his last name over print, but this is for sure his number one recommendation for sour beer lovers. With an extremely and I mean extremely sour taste profile like that of a Warhead, this blood orange sour carries notes of orange citrus and cranberry with a bit of funk attached to the hip. I mean, who doesn’t love that?

Last but certainly not least, the Apricot Sour. one of my favorite flavors in a sour simply because of the simplicity. Can I say that? Simply and simplicity? God, I sure hope so. Yes, that’s right… apricot. Kannah Creek’s Apricot Sour delivers a knockout blow with this smooth and fruity bitter brew. Not particularly mouth puckering, this sour reveals mild complexity with a smooth, dry finish and a certain malt character known to most decent sours. The balance between sour and sweet walks a tight rope and because apricot is rarely seen in the beer world, it makes for a delicious surprise. What’s not to like?