The extensive world of whiskey is one that can seem somewhat complex when looked at through the right eyes. Or wrong eyes. You have your Bourbon, Scotch Whiskey, Irish Whiskey, Rye Whiskey, Japanese Whiskey…the list could roll on and on. But whiskey cocktails don’t have to be so intimidating. There several cocktails that, although seem complex with a certain depth of taste, are actually quite simple to make. So, here is a short list of classic whiskey cocktails that scream simplicity with a sharp jolt of class.

I’d feel a little, well, weird if I didn’t include the Old Fashioned on this list of whiskey cocktails made simple. For most of us, the Old Fashioned is probably one of the fist cocktails to come to mind when we think of what we can do in the world of whiskey. Surely makes sense. The Old Fashioned cocktail is made with either rye whiskey or bourbon and is a slightly sweet, aromatized cocktail with the subtle hint of orange. It doesn’t get much easier than that. But the flavor is wildly apparent.

This is one of my all-time favorite whiskey cocktails and for good reasons. A beautifully simple variation of the Whiskey Sour made with honey instead of simple syrup gives a supremely refreshing, uncomplicated taste profile that packs a serious wallop. Light, slightly sweet and easy to drink, the Gold Rush is a must try. And hey, who knows, you may even strike gold at the bottom.

Can you picture stretching apple orchards blanketed by a soft mist and a cold breeze hovering about? So can I. And nothing says fall quite like a cocktail that warms your bones and soul from the outside in. Whiskey and apple cider have been a notable combination of fall since…well, forever. Add a little vanilla vodka for a simple sweetness and you have magic. Really.

The Manhattan is a cocktail shrouded in a bit of mystery as far as origin is concerned. But one thing has been nailed down. The cocktail originated in New York City by either a real-life shadow by the name of “Black” at the Hoffman House in or Dr. Lain Marshall at a party held at the Manhattan Club in New York City. Either way, the Manhattan is an upfront and forward cocktail typically served “up” with hints of herbs and a slight bitterness balanced by the subtle sweetness of the cherries.

Introduced in the early 2000’s by San Francisco guru and master mixologist Jon Santer, The Revolver is an energized yet simple twist on the Manhattan sure to set off a sudden aftershock of flavor and a startling kick to the jaw. Enjoy this smooth, mysterious and slightly bright cocktail in the dimly lit confines of your favorite speakeasy under the roar of jazz.

The Boulevardier came to fruition during prohibition (did that rhyme?) and later became known as the better-looking cousin of the Negroni. This cocktail sings of nostalgia like a drunk wino stumbling out of the bars warm and happy and has been modified and tweaked by experienced mixologists over the years. That being said, The Boulevardier is still one of the most timeless ways to enjoy your whiskey and hasn’t strayed too far from its roots. Here is my favorite way to make it:

Speaking of timeless cocktails that do more than just warm your bones—they tell a story—the Sazerac is another prime example of a simple whiskey cocktail oozing with class and flavor. Right around the year of 1838 a man named Anthony Peychaud invented the cocktail and served it to his fellow Masons in the dead hours of the night at his shop. Originally constructed with brandy, somewhere along the line the change was made to rye whiskey and the Sazerac was rewritten. If you ask me, it was for the best. Simply potent, the Sazerac is a must try for anyone serious about their whiskey and history.

When I think of this cocktail I think of Frank Gallagher from the hit T.V. show Shameless slumped over a sodden bar counter at the crack of dawn with an Irish coffee in one hand and a glass of 3 raw eggs in the other hand…and a shot of whiskey…and a beer to wash it down. But the Irish Coffee goes so much further than a fictional T.V. character. Legend has it that the Irish coffee was created in the summer of 1943 by a chef at Foynes Point near Limerick, Ireland by the name of Joe Sheridan. Long story short, the Irish Coffee gained its notoriety through airport bars as a specialty cocktail until it was introduced to the United States by a travel writer. And the rest, as they say, is history. 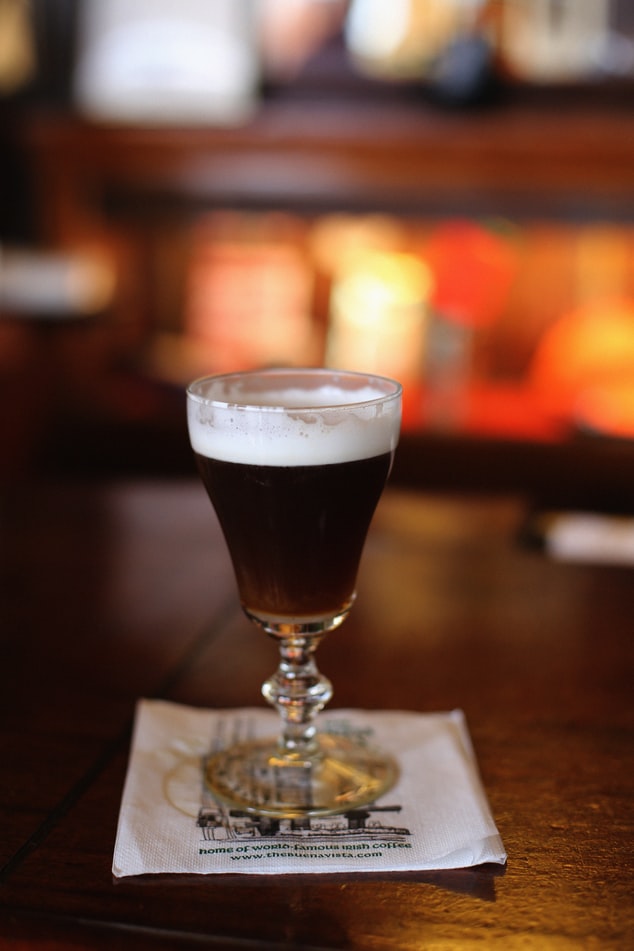 The Whiskey Sour is one of the simplest cocktails out there that can actually still be called a cocktail. There’s nothing exceptionally crazy going on here and when examining this cocktail from the outside, you have a base spirit, sugar and citrus. No, seriously, that’s it. And although this cocktail has gone through a handful of changes over the years, the simplicity still rings through. Don’t fix what isn’t broken. Someone said that.