A vodka Martini is a cocktail prepared with vermouth and vodka. Also called Kangaroo Cocktail or Vodkatini (portmanteau word), this is nothing but a variety of Martini. It is prepared by blending dry vermouth, vodka, and ice cubes in a mixing glass or cocktail shaker. The ingredients are cooled down by shaking or stirring and then strained before serving (without ice) straight up in a cooled down cocktail glass. The drink could be decorated with cocktail onions (producing a vodka Gibson cocktail), olives, capers, or with a strip of peeled lemon skin (known as twist in the bartender’s jargon). The purist, though, finds it hard to accept it as a real Martini which is usually prepared with gin.

Imported from the Netherlands, which is one such country where vodka has been made for over four hundred years. Vox is obtained from 100% wheat grains and distilled five times. It has won a double gold medal at the San Francisco World Spirits Competition and manufactured using de-mineralized water produced by reverse osmosis to remove all the traces of odor and color. It has got a thick, soft taste with a sophisticated finish, warm and flawless. The drink feels very smooth with sweet citrus under notes and comes with an ABV of 40%.

It was named after the forty-second parallel, i.e., the geographic location in New Zealand. It is said that its award-winning taste can attribute to the natural waters of New Zealand. Over the previous four years, Forty-Two Below Vodka and its flavored vodkas won nineteen gold medals in international spirit competitions. This solid vodka has got an ABV of 42% and feels pretty smooth. It has a faint Vanilla flavor and a dry mouthfeel with a hint of salt. Pretty Indeed, it is excellent straight vodka.

More than 98% of vodkas are distilled from grains, and others are distilled from potatoes. However, Ciroc is distilled from grapes. Those grapes are grown at the Mauzac Blanc vineyard adjacent to the Medieval Cordes-Sur-Ciel commune in France’s Gaillac region. The Snap Frost grapes are quadruple-distilled and then mixed with Ugni Blanc grapes from Cognac. The blend is then distilled for one more time. Usually, grains require heat to release their sugars, but grapes can be distilled through the process of cold fermentation and cold maceration which is responsible for this drink’s none-of-a-kind flavor. The Ciroc is a phenomenally smooth spirit with a salty finish and contains fruity and sweet notes. The definitive citrus flavor is rarely present in the class of straight unflavored vodkas. It does taste a little sour and can also be sipped neat or on the rocks. With an ABV of 40%, it comes with a fruit flavor and the lemon mouthfeel is its USP.

It has got everything that good vodka has, texture, structure, and flavor. Good vodkas are not supposed to be smooth, and Ketel One has got balanced kicks. It is well-built vodka with traces of Vanilla and salt. It was incorporated in 1691, and this spirit is handcrafted in small batches at the Holland’s Nolet Distillery. Traditional pot stills and charcoal filtration is used for the preparation of Ketel One. It comes with an ABV of 40%.

It feels very smooth and has lots of flavors to offer. A hint of citrus flavor with an ideal and little burning sensation can be rightly experienced. And as soon as the Martini vanishes, the kick gets stronger. Good vodkas must have a kick, and this drink is no exception to that rule of thumb. Overall, it is vodka with full-flavors and a medium-bite coupled with a light, dry after-taste. It comes with an ABV of 40% and was developed by Sidney Frank Importing Co. (SFIC).

It is a small batch, quadruple-distilled potato vodka from Poland. It has got a robust flavor and an exceptional smoothness, probably, the smoothest in the pool of potato vodkas. Chopin Potato Vodka is named after Frédéric François Chopin, the famous Polish romantic composer and was first introduced in 1992. Chopin Potato Vodka was introduced to the US in 1997. It comes with an ABV of 40% and has a crystal clear appearance. The aroma is very subtle, with the merest whiff of green apple dusted with soot. The taste is clean, delicate and soft, faintly sweet with slight mash. The after-taste is fresh black pepper spirit with faint nutty, creamy mash potato.

It is produced from the premium wheat of Northern Holland. It is said that this spirit is distilled over hundreds of times through the process of continuous rectification. It is worth noting that most vodkas available on the market are distilled anywhere from one to five times. They also purify the vodka at lower temperatures compared to other vodkas offered by the competitors and other market players. Effen is filtered five times by using a bottom-up filtration process. They also use pure spring water which is filtered through reverse osmosis. It tastes a bit thin on the first sip, perhaps, but gets better sip after sip. Grainy, oily gets crisper the more one sips it. Effen is a very good all-around vodka which feels like thin, smooth, and excellent. The grains are beautiful and give the experience of a full-bodied flavor and medicinal mouthful. It comes with an ABV of 40%. Effen was initially developed by Planet Ten Spirits, and the word means “smooth, even, balanced” in Dutch.

It is made from the pure glacier ice from the sixty thousand-year-old Qalerallit Sermia Glacier in Greenland. The ice from the glacier is never made to melt into the water but is made straight into the vodka, a characteristic unique to Siku. Five times distilled and imported from the Netherlands; it is small batch grain vodka. Siku means ice in Inupiat language and comes with an ABV of 40%. The vodka is itself freeze-distilled rather than heated. The mixture is cooled to a temperature when the water freezes and the alcohol (still in liquid form) is drained out. The brand is owned by investment conglomerate Velocity International headed by Kevin Esval. It is produced and bottled on-site in Toorank Distilleries. This vodka makes a solid Martini and is very flavorful with complex and grainy taste. Siku is undoubtedly full-bodied, full-flavored, sharp and crisp; but gets smoother with every sip. It shines well with vermouth and olives too. It might prove a little too sharp for the rookies. 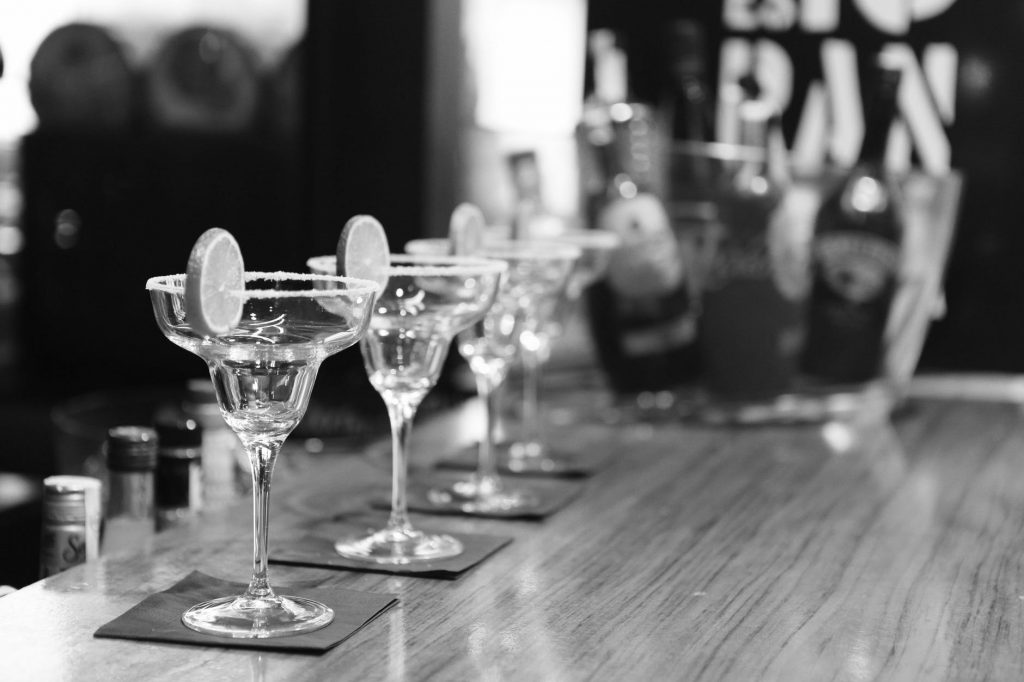 This is the world’s first 100% distillate vodka, according to a press release by the manufacturer. It is also bottled at 45% ABV as opposed to regular Skyy Vodka which has 40% ABV. The USP of this brand is to “deliver exceptional purity.” Charcoal filtered and made with amber winter wheat, Skyy Ninety is designed to deliver a “more luxurious Martini.” A whopping $25 million was spent on the research and development of this spirit. It is marketed in a distinctly blue bottle and produced from several locations in the continental US, but principally from Frank-Lin Distillers of California and Brown Forman of Kentucky. The brand is owned by Gruppo Campari of the world famous Campari group.

The product was created over one hundred and thirty years ago, and every drop of this spirit comes from a small village in Southern Sweden’s Ahus. This drink was introduced in the US in 1979, and by 2007; it became the fourth largest selling liquor brand behind Smirnoff, Bacardi, and Johny Walker. It has a solid bite, bitter after-taste, and good finish. With its heavy mouthfeel and a taste of sweet syrup and Vanilla, the pleasantly smooth and dry after-taste makes for a solid Martini and solid vodka. It is manufactured by V&S Group. It comes with an ABV of 40% to 50%.