Whiskey (or whisky if you ask the Scottish) is a beverage that dates back to the early 1400s, accredited to a group of physicians who translated the Arab instructions of making liquor. Both Ireland and Scotland consider themselves the birthplace of whiskey, but as the group who initially made it served in both countries, it will forever be impossible to gift that milestone to either country.

From this point, the categorization of whiskey can be developed: scotch and bourbon both fall under whiskey. True scotch hails from Scotland, and bourbon originated in Bourbon County, Kentucky, but is now made all over.

Another way to differentiate between whiskeys, scotch, bourbons, and all of their varieties is to analyze their creation processes.

The basic steps are as follows. Grains (including barley, wheat, corn, and rye) are crushed into a grist that is then added to water to create a mash. The mash is then heated and cooled. Fermentation occurs after adding yeast, and then the mixture is drained. The product we have at this stage is considered a beer, so it is then distilled and then stored in wooden barrels to age.

While the history and creation processes of whiskey can be interesting, and more importantly, helpful to deciding what kind of liquor you want to buy, many people are more interested in a maximization of price and quality. The less money you spend the better, but at the same time, you are looking for a whiskey that isn’t too painful or strong to actually enjoy. In order to avoid the failure of your plastic bottled Fleischmann’s Raspberry Vodka at the last house party, here is a list of cheap yet smooth whiskeys that are sure to be appreciated by your hosts or guests. 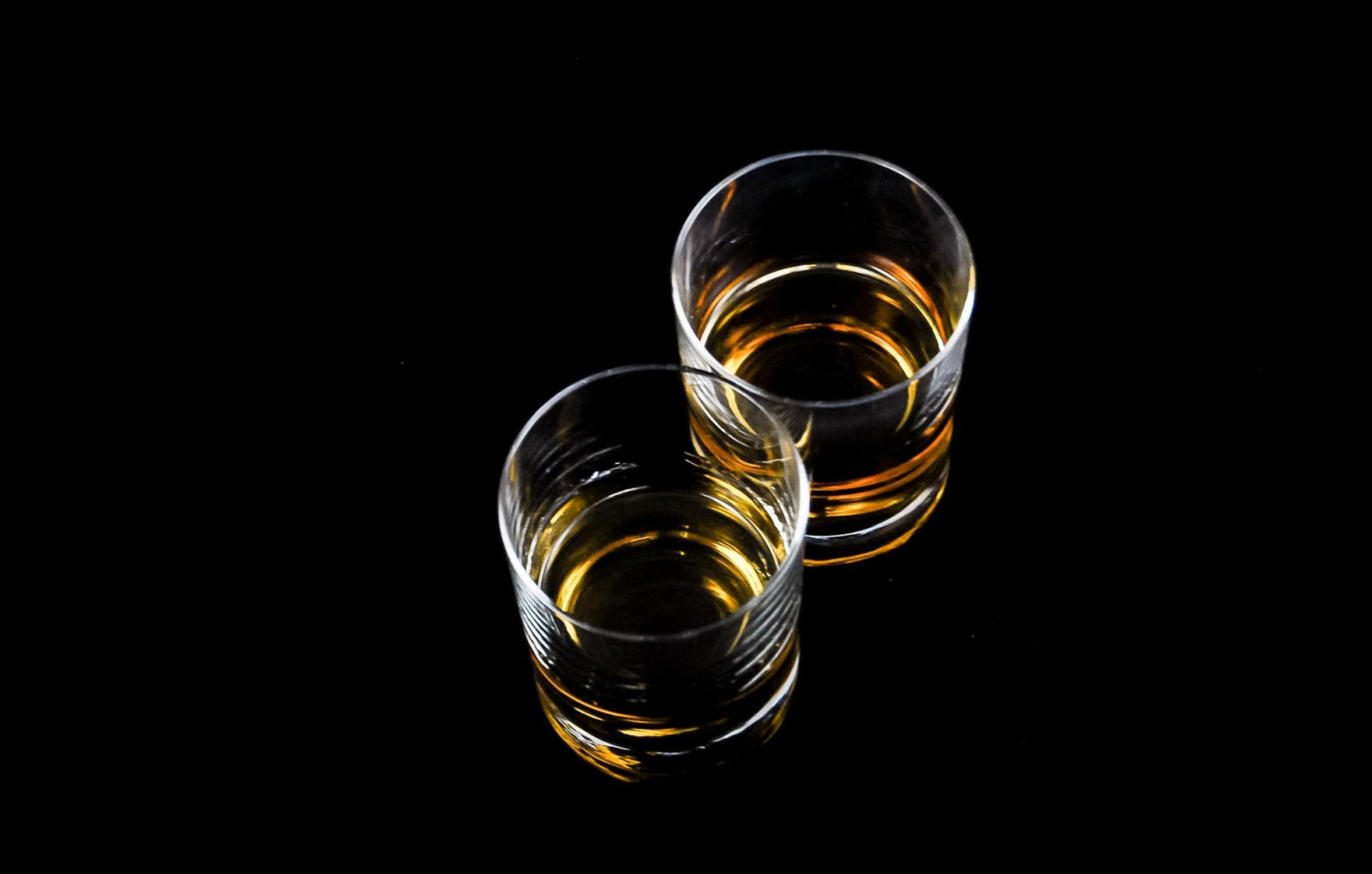 This bourbon is aged four years in new charred oak barrels. Considered the flagship whiskey, it is a necessary purchase although it is not the best for shots or sipping. This bourbon is the best choice for mixing and playing around with because it is cheap and mellow.

An interesting tidbit is that the Devil’s Cut gets its name in relation to the Angel’s Share, or the liquid that is lost through evaporation. The devil’s cut is whatever liquid that is lost through absorption into the barrel, although it is not lost forever! For Jim Beam Devil’s Cut, whiskey aged 6 years is dumped and blended, while the cut is extracted from the barrels through an intense multi-step process. The result is a very woody tasting alcohol with an stronger burn that again goes well with making a good mixed drink, especially with Coke.

This bourbon is considered an excellent bargain alcohol that has an intense burn. However, the burn is very quick and this makes Old Crow Bourbon great for shots, and therefore a cheap good time. Upgrade with ginger ale or citrus.

Some people consider blended whiskeys to be lesser in quality, but in the case of White Horse, their Scotch Whisky being blended simply brings the price down without changing the overall taste for the worst. In fact, the fact that it is blended makes the scotch one of the smoothest for its cheap price.

This whiskey is known for its nutty, almost corn syrupy taste. Rumour has it that it was created to offer us normal folks a better whiskey. So Evan Williams 1783 is another that’s important to try at least once.

As it is cherry, this bourbon is automatically great for mixing. Staying in with an Evan Williams Cherry with Coke is the way to go on a hot summer night. This bourbon keeps on going though. It is smooth enough to drink straight and the cherry is a natural additive that simply strengthens the overall oomph.

This bourbon is known to be a great introduction to whiskeys in general. Cheap with a strong dose of burnt flavor, this is one to try as a shot once but then never again. However, at this price and reputation, the Old No. 7 is a great deal and great time.

Continuing with the Jack Daniel’s reputation, Gentleman Jack is simply an upgrade because it is filtered twice. If you’ve developed a taste for Jack’s but you’re still on a budget, this is the way to go. It’s definitely smoother but still best used for mixing.

At the end of the day, only you can decide how much quality you are willing to trade for price. Like most alcohol, the age drives up both price and taste. The amount of famous name brand whiskeys on this list may surprise you, but there’s a reason they are such widespread and celebrated favorites. For every $500 bottle of Jack Daniel’s, there are affordable versions that are still smooth and memorable. Hopefully you try a few on the list and find one that makes happy hour happier than usual.