The Different Types of Sherry Explained

Sherry is a wine made in the far south of Spain. To be official Sherry, it must be made in this region, although there are some sherry-type wines that are made in other locations. This is a wine with a long history and a legacy that includes being fortified to withstand voyages at sea.

As a fortified wine, Sherry has a higher alcohol content than many other wines. It can be any color, but it is primarily white or amber colored. Sherry is historically known to be a very dry wine, although there are deliciously sweet versions on the market today. Dry Sherry is great for cooking as well as sipping alone. The complex flavors of many bottles of Sherry make it one of the best wine types of have with a meal.

HOW IS SHERRY MADE?

The thing which makes Sherry so unique is the aging barrel, called a Solera. These are not like normal barrels that are filled and emptied after a certain number of years. Instead, a Solera is filled and left to age. As the barrels age, the oldest ones are partially drained and bottled, with new wine being added to the aged wine and left again to age further. This method is repeated until the barrels are retired. Since the Solera barrels are constantly in use, the wine that comes from them is well aged and full of complex flavors and aromas.

While Sherry wine is aging, a layer of yeast called Flor forms on the top and prevents oxidization. This adds a unique tanginess to the wine and keeps out some of the earthier flavors that come from contact with oxygen during the aging.

Sherry is fortified with a spirit, usually a neutral Brandy or something similar, to give it a higher alcohol content and more intense flavors. 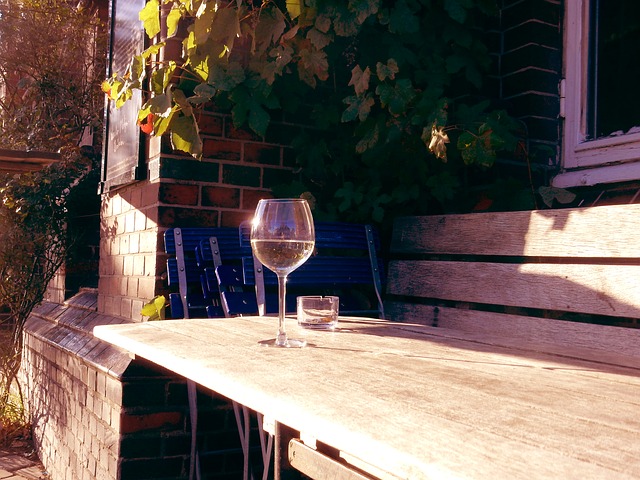 There are only three things you need to remember that will appear on a Sherry label.

Sherries of this type are the driest of all. The wine is made from highly acidic grapes grown in chalky soil. They are fermented in a tank and then aged in the Solera with a Flor covering the entire time. It’s best to serve Fino chilled and it pairs very well with salty meals.

Similar to Fino, Manzanilla uses all the same techniques and aging methods. The biggest difference is the climate in which it’s made, as it is made in the coastal regions instead of the inland areas. This makes it a lighter Sherry than Fino. It goes very well with seafood meals and should be served chilled.

When the Flor covering of a Fino wine breaks up on its own before the wine is finished, or if the wine is fortified more strongly to dissipate the Flor intentionally, an Amontillado Sherry is made. These are usually a dark brown cover because of their exposure to the oxygen in the aging tank. They feature earthier, richer flavors with hints of nuttiness that are very desirable.

It’s difficult to make a Palo Cortado on purpose. They usually start out as Finos, losing the Flor covering like an Amontillado, but then for some mysterious reason they take on flavors and aging like Oloroso instead. This is a very rare type of Sherry with an elegant and complex flavor.

These are dark sherry wines in which the Flor is intentionally broken up as they are aging. They usually end up with a great, rich flavor and can be made sweet or dry depending on the grapes that are used.

Cream Sherries make amazing dessert wines. They are usually made with the PX type grapes that hold a lot of sugar throughout fermentation and aging. Many cream Sherries have rich, delightful flavors of caramel or molasses and work well as a dessert wine sipped alone.

You should choose the Sherry that sounds like the best mix for your tastes in wine. Remember that Sherry is a fortified wine, so you don’t need to drink as large of a glass of this as you would with a regular wine. Many people like to pair Sherry with foods, so if you’re ordering it at a restaurant you can ask the wine-keeper which Sherries would be best with your choice of entre or appetizer. Sweeter Sherry makes for great dessert wine to sip alone if you enjoy sweeter drinks.