It’s that time of year again: the time of year when the temperatures drop and staying indoors seems like a great idea. This often leads to a lot more cooking and baking, especially around the holidays. Bourbon is a favorite in lots of desserts, holiday drinks, sauces and in entrees. But, if you haven’t cooked using bourbon before, the prospect can seem a bit overwhelming. And, even if you’re a cooking-with-spirits pro, these tips will help you gain inspiration to further master your craft.

Bourbon is a treat in both sweet and savory foods, alike. Its vanilla and caramel flavors enhance the decadence of any dessert, while its smokey undertones make a great addition to meats and sauces. A splash can be added to nearly anything, but it goes particularly well with ingredients such as vanilla, pecans, brown sugar, pears, apples, ham and pork. This is why some of our favorite alcoholic holiday treats are bourbon-centric, such as roasts, eggnog and, of course, bourbon balls.

The type of bourbon you choose can greatly impact the flavor of your dish. Wheated bourbon is sweet, so it’s a good choice for desserts and fruits, while high rye varieties are more spicy and are good for salad dressings and any sort of creamy sauce. If you’re putting bourbon in salad dressing, add something acidic, like citrus to cut down on its sweetness.

Bourbon is an excellent addition to meat. It breaks down enzymes in the meat, functioning as a meat tenderizer. This makes it a great ingredient in marinades, as well. For a quick, simple marinade, mix bourbon with brown sugar, Worchestershire or soy sauce, garlic, onion, olive oil and your seasonings of choice, and then let your meat soak in it for a while. It’s versatile enough that you can either discard the marinade or simmer it down to a sauce.

You don’t have to buy top-shelf bourbon to cook with. But, you do want it to taste good, so you don’t want to buy something too cheap, either. A good rule of thumb is: if you can’t stand to drink it, don’t try to cook with it.

Why Proof Makes a Difference

One of the things you’ll need to be careful of is the alcohol content of your bourbon. No matter how low the proof is, never straight pour bourbon from the bottle into a hot pan. This can cause a fire, immediately, that goes all the way into the bottle, and it’s likely to be worse the higher the proof. Instead, take the pan off of the heat source and use a measuring cup to pour it.

Another reason that proof makes a difference is that alcohol’s chemical composition changes as it’s cooked. Alcohol content burns off, leaving flavor behind. Lower proofs don’t require as much time to cook the alcohol off; higher proofs do. Whether you use a low- proof or high-proof bourbon, it’s going to take some time to burn that alcohol off, which is likely not accounted for in your recipe, so remember to account for that. Also, Whitney Fontaine, an executive private chef who runs a restaurant called La Belle Du Sud in Louisville, KY, told liquor.com “High alcohol coagulates meats and fats quicker than you would like”. So, if you’re using high-proof bourbon in a marinade or sauce, you’ll have to account for that, as well.

Jim Beam is a trusted brand of bourbon: period. It’s proof is low enough  that you won’t end up with the dreaded burn and spice of a high-proof liquor, or have to cook the alcohol out of your dish for an extended period of time. Plus, it’s great in mixed drinks. So, if you find that the family is driving you nuts while you’re trying to cook your holiday meal, you could easily sneak a splash of it into your glass and enjoy it.

Four Roses Yellow is the brand’s standard, and is fairly easy to find in any liquor store. It has flavors of pear, apple and vanilla that make desserts pop, and a smokey oak taste with just a little spiciness that adds nuance to savory dishes, sauces and marinades. It’s a particularly good bourbon for cooking because none of the flavors in it really stand out on their own, it won’t overpower any flavors in the food, and it’s a low proof.

Evan Williams Black Label is the second- best selling bourbon in the world, and for good reason. It’s sweet, with flavors of caramel, toffee, vanilla and something like candy corn, which makes it great for desserts such as bourbon balls, and for seasonal holiday drinks.

This is a classic go-to bourbon brand for drinks, cooking, etc. Make certain that you’re buying the 80-proof version, as opposed to the 100-proof version. It has flavor notes of caramel, vanilla and spices that will make any sweet dish stand out, and notes of citrus and oak that make it a great addition to savory dishes, as well. Lots of people seem to prefer the 100-proof version for drinking, so maybe it’s best not to sneak drinks of this bourbon while cooking.

This is a more mid-range bourbon for this list. It packs lots of flavor with textures that are not paralleled with any other bourbon on this list. Rather than being a high-rye bourbon whiskey, Redemption made this version’s mash bill more corn-heavy, which makes it slightly sweeter than most high-rye versions. It’s got flavor notes of vanilla, corn, toast and wood, and it’s got a great buttery texture. This is another bourbon that you’ll want to steal sips of while the family isn’t looking. 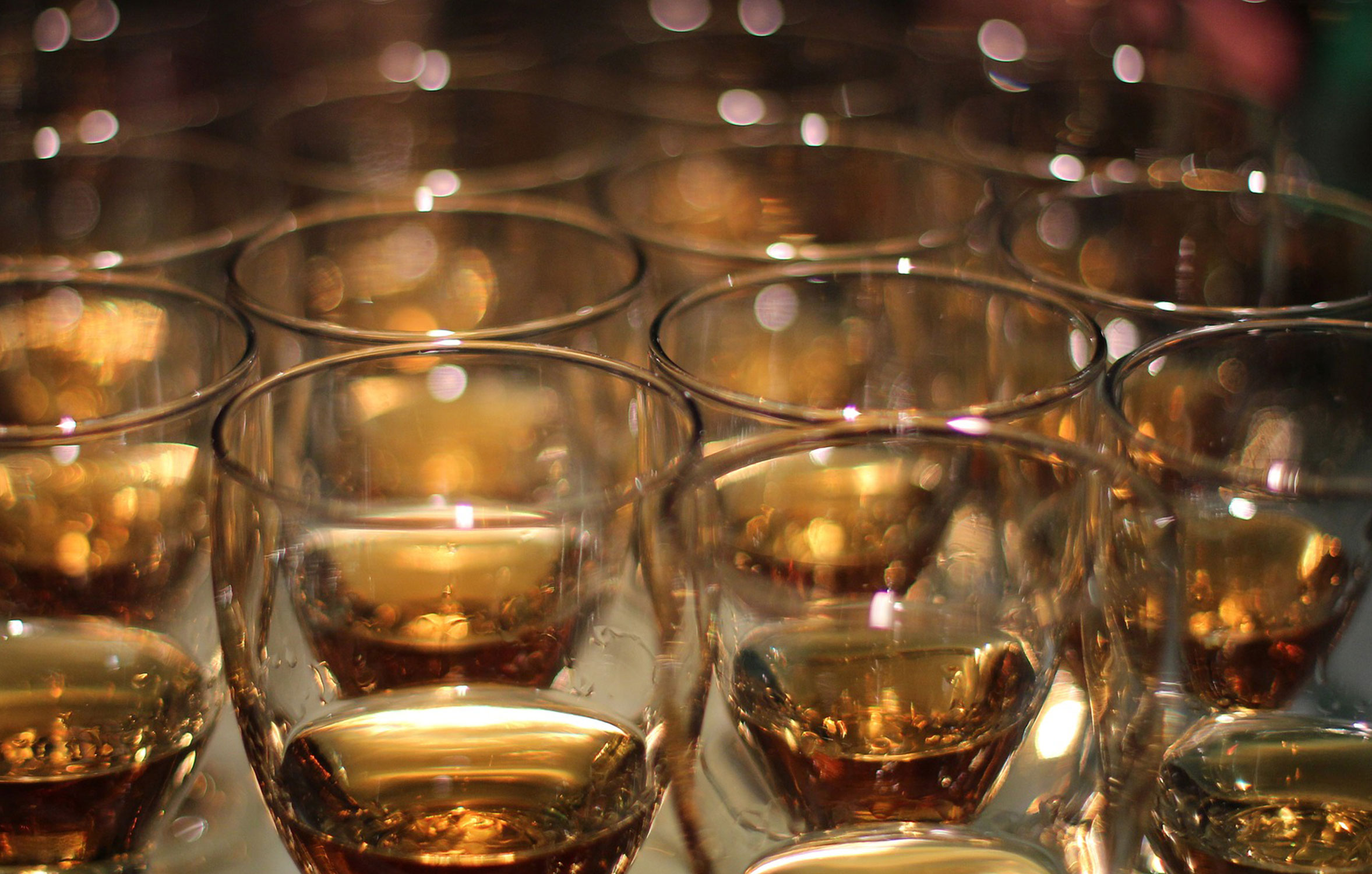 The most agonizing part of cooking with bourbon is deciding which type to use. However, the bourbons on this list are some of the best bourbons for cooking, due to their flavors and low proofs. If you choose a brand not listed here, watch out for high proofs.