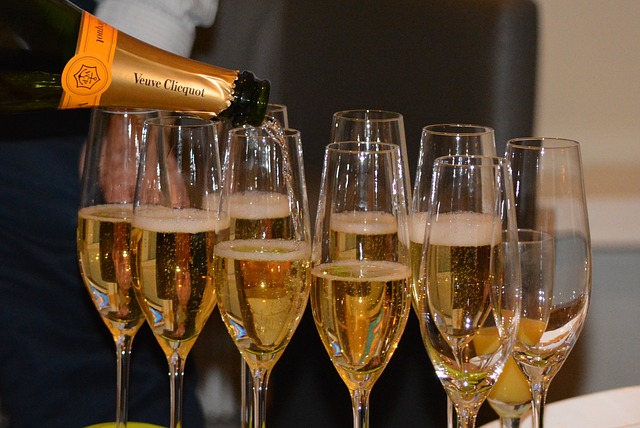 Sparkling wines and champagne are associated with toasts, merrymaking and happy moments and are used to celebrate, commemorate and indulge. Selling more than 300 million bottles per year, Champagne is synonymous with celebration.

Sparkling wines and Champagne are made for birthdays, weddings, engagements, graduations and festivals. Who can celebrate a New Years Eve or toast the speeches at a wedding without popping corks and sipping sparkling bubbles? Let us raise our glasses and drink the stars!

There are many sparkling wines produced around the world, yet most legal structures reserve the word “champagne” exclusively for sparkling wines from the Champagne region, made in accordance with Comite Interprofessionel du Vin de Champagne regulations. The name Champagne is legally protected by the Treaty of Versailles after World War I. 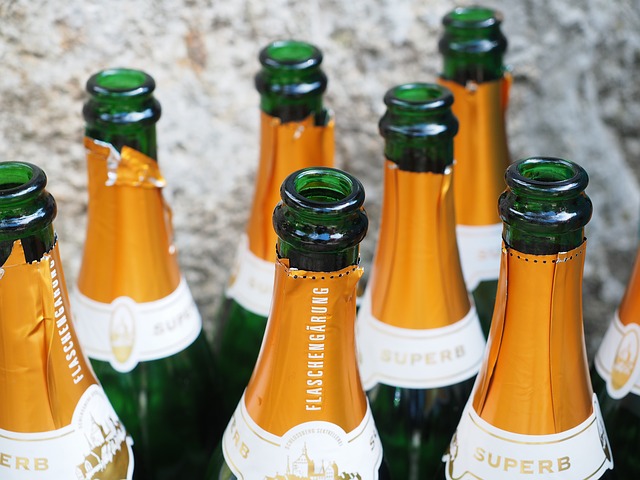 Champagne dates back about 300 years and was developed in the Champagne region, a three hour drive north-east of Paris. Legend has it that a monk named Dom Pérignon were making wine and failed to complete the fermentation before bottling and corking the wine.

During the cold winter months the fermentation remained dormant, but with the arrival of spring, the fermentation resumed producing carbon dioxide. It is told that Dom noticed some of the bottles of wine exploded in the cellar, so he opened a bottle and poured the wine. His famous words were “Come quickly! I’m drinking stars.” The words still remain with many of us every time we open a bottle of Dom Pérignon.

The difference in the process of making Sparkling Wine and Champagne

Today, sparkling wine is produced worldwide and is usually labelled “Méthode Champenoise” if it is made by the French method. Champagne-making is labor intensive:

The process of Sparkling Wine is less labor intensive. Large stainless steel tanks are used for the second fermentation process. Sparkling wine can also be produced by carbon dioxide injection. The “bulk” process of sparkling wine making is referred to as Charmat.

There are more than 19,000 smaller vine-growing producers (vignerons) in Champagne and more than a hundred Champagne houses. Some of the top Champagnes include:

Olivier Krug located in Mesnil-sur-Oger (a village near Reims in Champagne) makes an average of 450,000 bottles of Champagne a year. The Champagne produced by Krug is often described as the Rolls-Royce of the industry and some of its devotees include Ernest Hemingway, Naomi Campbell, the late Queen Elizabeth the Queen Mother, John le Carré and Sir Alec Guinness. The Clos Du Mesnil is “misty on the nose; soft citrus, vanilla strong, but not aggressive; precise, neat with impressions of a meringue.” A bottle of Clos D’Ambonnay 1996 is priced at approximately $2,250.

This Champagne is available from $650 up to $1,000 per bottle. The 42% Pinot Noir and 58% Chardonnay produced Champagne, aged in the cellars for 20 years and disgorged in 2007, has a coppery pink color with yellow reflections and nose of developed aromas of spices and tobacco. On the palate a touch of humus, hints of spices, leather, light tobacco and a sensational fullness on the finish.

The Henriot family settled in Champagne in the 16th century. In the early 1960s Joseph Henriot, son of Etienne Henriot, took over the family company. The Henriot Rose Brut is made from 58% Pinot Noir and 42% of Chardonnay grapes. The Champagne offers a fruit nose that dominates the senses with citrus and floral scents. The palate enjoys a light, salivating fruitiness, with floral and hints of spice mixing well to create a long finish.

Other top Champagnes include

A depth of fruit greets the nose: lemon-lime, pineapple, baked pear and orange marmalade. The palate is crisp with a caramelized apple and citrus profile. The rich sparkling wine finishes with roasted almonds and a lingering acidity.

The bright pink color is obtained from a mix of Pinot Noir, Sangiovese, Syrah, Zinfandel, Gamay and Chenin Blanc. The Korbel Sweet Rosé is a sparkling wine with fresh strawberry flavors and pomegranate flavors.

The sparkling wine offers orange, mango and melon flavors with hints of white chocolate on the finish.

The sparkling wine is made of 70% Chardonnay and 30% Pinot Noir. The wine has a bitter nose and tastes yeasty and developed. 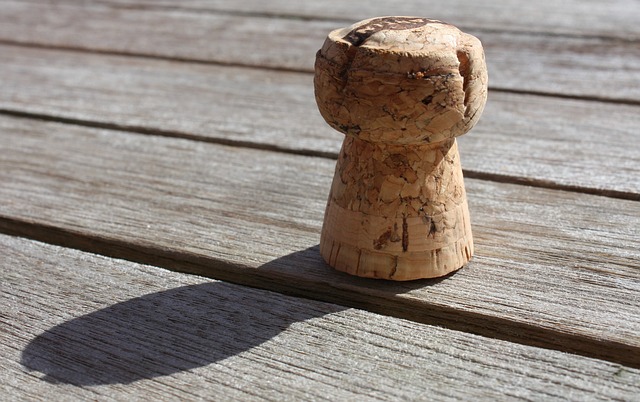 The cork oak (Quercus suber) is the primary source of cork products. Countries that produce the most cork include Portugal, Spain, Algeria, Morocco, France, Tunisia and Italy. Cork is the water-resistant cells that separate the outer bark from the delicate interior bark. Typical features of cork: lightweight, rot resistant, fire resistant, termite resistant and soft and buoyant. Sparkling wine corks are fifty percent larger than the opening of the bottle and are built from several sections agglomerated corks. The corks are compressed prior to insertion into the bottle. The longer a cork has been in a bottle the less it returns to its original cylinder shape.