The Monkey Gland is a drink with a funny name and a great taste. It’s made from a unique combination of gin, grenadine, absinthe and orange juice. It’s a pre-prohibition era drink, which was created in the 1920’s by the owner of Harry’s New York Bar in Paris, Harry MacElhone. They’re great for a party, because not only do they taste great, they come with a story.

The name is in reference to this crazy, pseudo-scientific theory that was proposed by Serge Voronoff, a Russian doctor. He believed that grafting monkey testicle tissue into humans would result in longevity, vigor and vitality. This idea came about in a time before Viagra and other male enhancement drugs. Vornoff grafted the monkey testicles to human testicles.

This procedure may sound like something that Voronoff wouldn’t advertise, and that no one would volunteer for, but you would be wrong on both accounts. In a story published by the Ashbury Park Press, Voronoff guaranteed that if you had the procedure, you would receive, “a lifespan of 125 years and an old age of a few months.” And, by 1927, he’d performed the procedure on over 1,000 men.

Obviously, the procedure didn’t work. The world’s reaction to this experiment was probably similar to yours upon reading of it: shock first, then laughter. In fact, he was quite ridiculed for his monkey gland experiment and procedure, and he died in relative obscurity in the 1950’s. You’re probably wondering how a kooky medical procedure relates to a drink. Well, much like today’s drinks, cocktails concocted during the 1920’s were named after pop-culture references, news and events of the time. As a matter of fact, there are songs that reference both the drink and the experiment that came from that time period.

As for the drink itself, it’s a unique experience. The gin, orange juice and grenadine make a sweet, citrusy combination. But there are many other drinks made from similar ingredients. It’s the absinthe that really makes the drink shine. It adds an unexpected, very slight note of anise. Some recipes call for the splash of absinthe to be combined in with the other ingredients. But, the original recipe calls for an absinthe rinse, which results in a milder flavor and lower alcohol content.

But, don’t be fooled by that statement. There’s still a pretty high alcohol content on the typical Monkey Gland. And, no matter which version you choose, the Monkey Gland is a memorable experience with a cool story behind it. So, here are the best Monkey Gland Cocktail recipes, along with some other drinks that are similar to it.

This is pretty close to the original recipe. Don’t be intimidated by the absinthe rinse. It sounds complicated, but it’s really just a matter of swirling some absinthe around the glass and then dumping it out. And, it’s really worth doing because of the subtle flavor it lends to the drink.

This recipe includes the absinthe in the cocktail, as opposed to the rinse method used int he previous recipe. Including the absinthe adds to stronger anise flavors, and higher alcohol content, neither of which are necessarily a bad thing. It’s also easier to create, so if you’re an amateur mixologist, this may be the way to go.

This is considered to be the of the Corpse Reviver recipes. It’s what’s served in Scofflaw, a gin-based bar in Chicago. It’s a refreshing drink with balanced flavors, but it’s also very strong.

The flavors in a Singapore Sling are similar to a Monkey Gland in that they’re both fruity and herbaceous. It’s been said that no two published recipes for the drink are the same, and you’ll notice that this one probably isn’t the same as other versions you’ve made or drank. Modern versions are quite grenadine-forward, which makes the drink overly-sweet. This version is citrus and fruit-forward, which creates a more balanced drink. 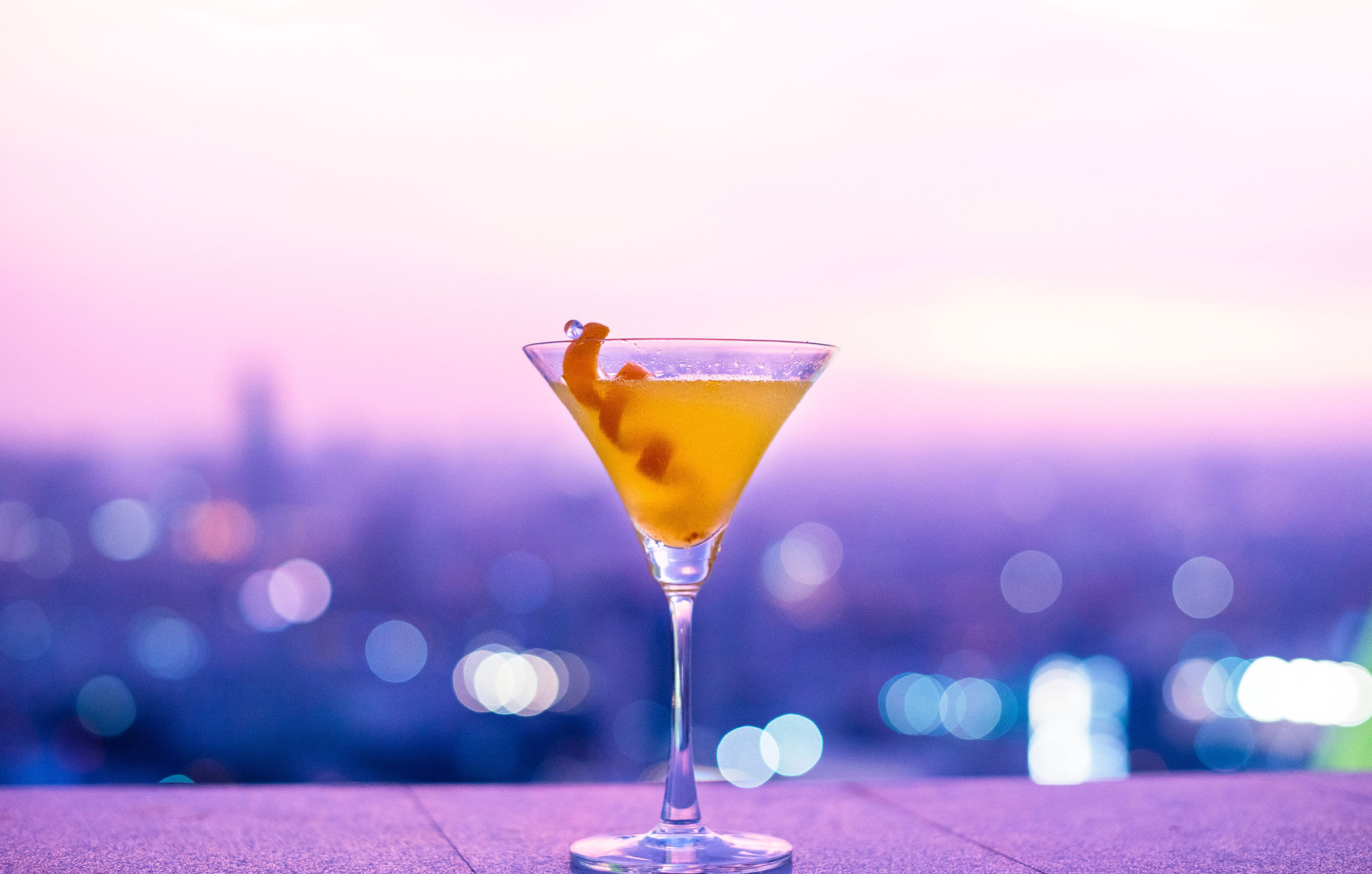 This is a fantastic drink full of fruit and herbal flavors. You can serve it in either a cocktail glass or a ceramic bowl, with mint or perilla leaves. Although, the ceramic bowl and perilla leaf garnish do add to the theme of the drink. Rather than the anise that’s featured in the Monkey Gland, ginger is used in the Okinawa Island. The exotic fruits and herbs make it a unique experience that you won’t soon forget!

The Monkey Gland is a tasty cocktail with a weird name and a cool story behind it, which makes it any bartender or host’s dream. It’s also fruity and spicy, and so are all of the variations on this list. No matter which one you choose to drink or to serve, you’ll be in awe of the brilliant flavor combinations, and your guests will be talking about these drinks for years to come!