Fans of James Bond probably already have some idea where the Vesper comes from. It was first ordered by the International Man of Mystery in Ian Flemming’s 1953 book, Casino Royale. The drink was created by Fleming in what was his first James Bond book. It was entirely fictional, but is now somewhat famous, due to Bond’s popularity. It’s a good drink, all around, even if you aren’t a fan of Bond. James Bond loves a good cocktail, and that’s exactly what the Vesper is.

The Vesper is also known as the “Bond Martini”, which is a bit misleading because it isn’t a true martini. It’s a combination of gin, vodka and dry vermouth with a garnish of lemon peel. This differs from a martini in a few ways. Martinis usually aren’t made with vodka, but they do contain gin and vermouth. They’re also typically garnished with an olive, not lemon. And, even though martinis contain some of the Vesper’s ingredients, what they don’t usually contain is the high alcohol content of the original Vesper.

The Vesper is a rather large, very strong drink. Bond was very specific about 2 of the ingredients to be used, one of which was Gordon’s gin. In the 50’s, Gordon’s was around 94 proof, and vodka was bottled at 100 proof. That made this easily a 39% ABV (78 proof) cocktail, which is the equivalent of a straight shot of vodka today. Over the years, the alcohol content in the brands used to make the Vesper have decreased considerably, but even with the decreased alcohol content, this drink still packs a punch.

This is probably why Bond ordered his drink be shaken. Shaking dilutes the alcohol, which is helpful in the case of the Vesper because of the potency of it. It also ensures that it’s ice-cold. With as much as 5 ounces of straight alcohol, temperature is definitely a factor to take into consideration. This is why many people associate this drink with the famous line “Shaken, not stirred.” However, the line wasn’t used until 3 years later in the 1956 novel, Diamonds Are Forever.

The actual order for what would become known as the Vesper went like this:

“Three measures of Gordon’s, one of vodka, half a measure of Kina Lillet. Shake it very well until it’s ice-cold, then add a large thin slice of lemon peel. Got it?”  ~Chapter 7 of Casino Royale

Unfortunately, you can’t enjoy the drink exactly the way Bond ordered it. Kina Lillet no longer exists. It contained quinine, which made it really bitter. Americans didn’t really have a taste for bitter alcohol. So, in order to keep up with the international market, the company replaced Kina Lillet with Lillet Blanc, which is fruitier and sweeter. You can achieve a similar taste to Kina Lillet with a splash of sour mix, using another quinquina, or by making your own cinchona-infused spirits to add in the cocktail. (Cinchona is the plant that quinine comes from, and is very bitter.)

Gordon’s is slightly different today, as well, with a lower alcohol content. But, any top-shelf London- dry gin will do. The vodka that Bond ordered was 100-proof. You can find 100-proof vodka today, as well. But, rather than choosing your Vesper vodka based on alcohol content, consider making your choice based on your own taste preferences. You can also play around with the proportions a bit. Being that it is a rather strong drink, if you add more Lillet, it will cut back on the bite a bit.

Bond drank his Vesper from a deep champagne goblet. Most of the cocktail glasses of the time only held 3 ounces, and the Vesper is nearly 5 ounces. So, this drinkware choice was almost certainly only because of how much the glass would hold. Nearly any big glass will do, so long as it will comfortably hold 5 ounces.

“When I’m…. er… concentrating,” he explained, “I never have more than one drink before dinner. But I do like that one to be large and very strong and very cold, and very well made. I hate small portions of anything, particularly when they taste bad. This drink’s my own invention. I’m going to patent it when I think of a good name.”  Chapter 7 of Casino Royale.

The Vesper meets all of his qualifications. It’s large, well-made, strong and cold. However, Bond didn’t ever get around to naming the drink. Fans named it themselves, after fictional double agent and original “Bond Girl,” Vesper Lynd.

DIRECTIONS: Add all ingredients with ice in shaker and shake. Strain into chilled cocktail glass and garnish with lemon peel.

This variation stays pretty true to the original recipe, with the addition of some orange for flavor. It’s dry, but fruity, which gives it more complexity than the original Vesper. And, really, if it’s going to be named after a double-crossing woman, maybe it should be complex. 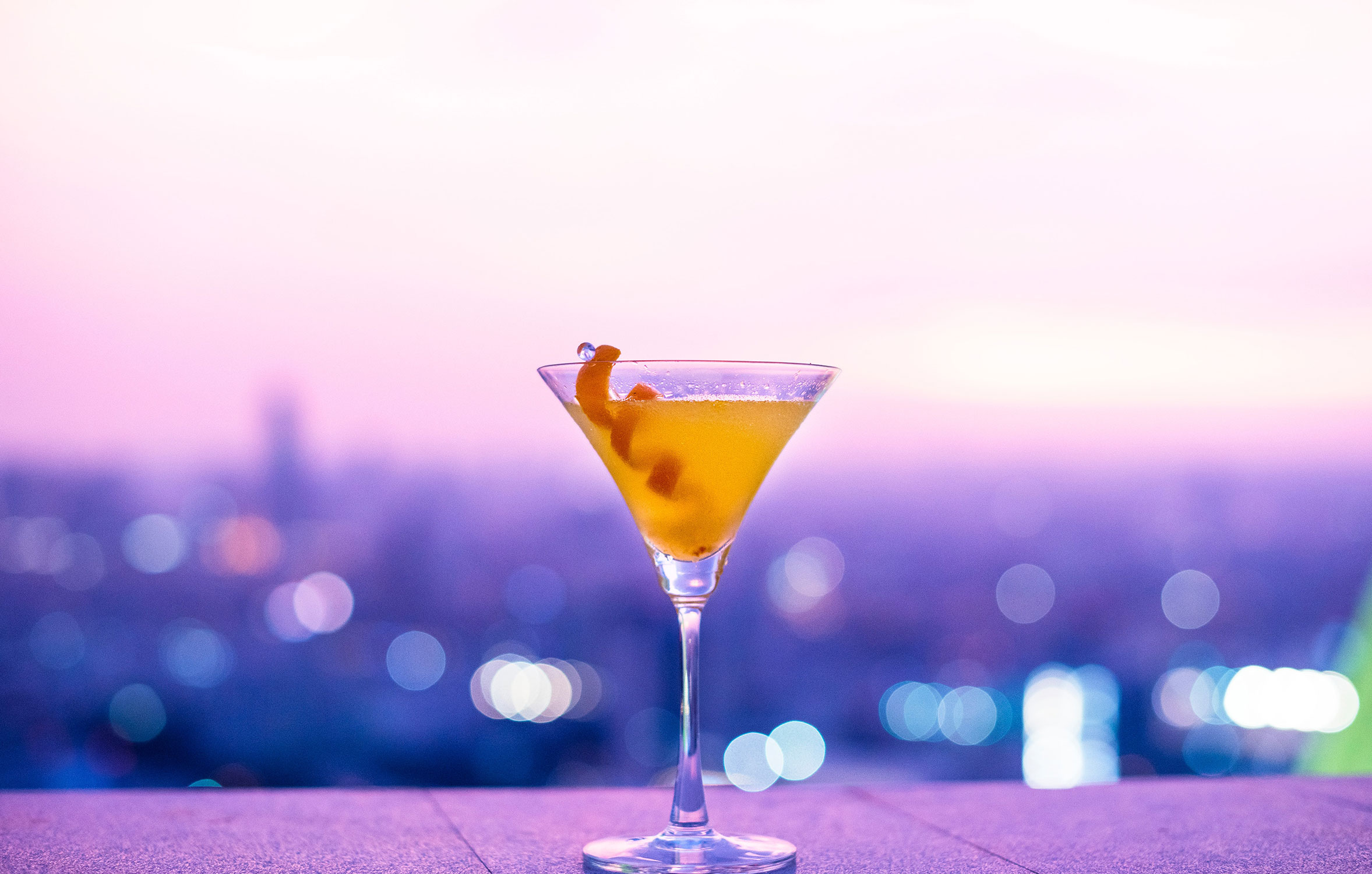 DIRECTIONS: Add all of the ingredients into shaker with ice and shake. Strain into chilled glass and serve.

If you’re thinking this sounds like the original, you’d be right. The only real variation on this recipe is the proportions. It also does a good job of choosing which vodka and gin to use. So, if you are having trouble with that, this may be the recipe for you.

DIRECTIONS: Add all ingredients to shaker with ice and shake. Strain into chilled martini glass and garish with lemon and candied violet.

This variation uses Creme de Violette instead of Lillet Blanc. The Violette is a very strong tasting liqueur, which gives the drink a unique, violet hue. But, be careful: it’s so strong that if you put too much Violette in it, it becomes undrinkable.

Fleming created such a good cocktail that it doesn’t matter if you choose the original Vesper or a variation thereof. No matter what you choose, you’re sure to enjoy a refreshing, cold drink.