Best Bourbon Distilleries Not in Kentucky

Most often, Bourbon is recognized as a Kentucky whiskey, especially by Kentuckians. This is not necessarily true. To be a bourbon the grains used to make the whiskey must be at least 51% corn. The proof of the bourbon is also watched at each level. The mash (mix of grains) must be distilled at 160 proof or less and barreled at 125 proof or less. To be considered bourbon the barrel must be a new charred barrel of white oak. Finally, bourbon must be made in the USA. Though most bourbon comes from Kentucky, nothing in the rules says that it has to.

With that in mind, we’ve gathered a list of bourbons distilled outside their home state. You’ll find that these people outside the bluegrass state can make bourbon just as well and (in a few cases) better.

Tuthilltown Spirits was the first whiskey distillery to open in New York state since Prohibition, and they put their head start to good use, producing a line of whiskies that are as tasty as they are inventive. Their Hudson Baby Bourbon Whiskey is no exception. This light, sweet bourbon is aged in small barrels, using a 100% corn mash. The result is a dry, oaky taste laced with vanilla.

Nashville, Tennessee is known for country music, but perhaps it should be known for its bourbon. Nelson’s Green Briar Distillery produces a Belle Meade Bourbon Blend, which expertly pairs four barrels into a velvety blend of maple and caramel flavor with a strong, rye kick.

The Belle Mead Bourbon also comes finished in a variety of used casks from European distilleries, giving the bourbons an entirely different flavor profile taken from the spirits whose cask it was finished in. Nelson’s has bourbon finished in sherry casks, Cognac casks, and Madeira casks.

The Journeyman Distillery, located in Michigan, is certified organic—no easy task in an industry where changes in production can take decades. Perhaps this is the reason that the Journeymen Distillery is markedly different than other distilleries. Their Featherbone bourbon is made from a mix of organic corn, rye, barley, and locally grown wheat to create a well-balanced, light bourbon. The familiar flavors of caramel and vanilla are contrasted by dry, spice and tobacco flavors.

Chicago’s KOVAL brewery produces a markedly distinct bourbon that does something that no other whiskey has done before. Rather than adding the standard rye or wheat to the 51% corn mash they used millet, a cereal grain used to make spirits in Nepal.  The resulting flavor is sweet with contrasting earthy flavors, and completely unique to the small Chicago brewery.

Finger Lakes is located and named for the Finger Lake wine region of northern New York state and their McKenzie Bourbon shows its roots. After distilling a mostly corn mash with barley and rye in traditional oak barrels, the bourbon is finished in Chardonnay wine casks, lending a sweetness not found in most bourbons. In addition to this, the rye gives the bourbon a spicy finish.

In the mountains of Colorado, at an elevation of 9,600 feet, the Breckenridge distillery uses snowmelt water to distill their rye-heavy bourbon. The Breckenridge Bourbon is a spicy whiskey with sweet scents of bourbon and banana. The taste has plenty of rye spice offset by caramel and vanilla and finishes with sweet honey.

While the house Bourbon is good, Breckenridge really shines in their Bourbon blend. Distillers masterfully blend their bourbon with bourbons from Kentucky, Tennessee and Indiana, resulting in a well-balanced whiskey with tastes of brown sugar, pepper, toasted bread, and plenty of spice.

The FEW Spirits distillery in Illinois is much better at producing spirits than they are at naming their distillery. They are known for producing rye whiskey and this shows in the bourbon. Their house bourbon starts with a traditional sweet corn mash with a healthy dose of rye for spice. One major departure from other bourbons is their choice in yeast; they use a yeast strain traditionally reserved for saison beers. This bolsters the rye, making a strong drink with flavors of oak, pepper, and molasses—perfect for cocktails.

Brooklyn isn’t the type of place you would start looking for Bourbon, but at the Kings County distillery, you can find one of the best bourbons in the country. Its Straight Bourbon begins with an organic corn mash grown right in New York state and malted barley from the UK. The flavor is bold with sweet caramel and molasses.

If you’re interested in something different, Kings County also makes a Peated Bourbon from UK barley roasted over peat. This marriage of bourbon and scotch is the only one of its kind. The complex drink brings salty peat flavors to traditional caramel and molasses flavor for an unparalleled experience that you won’t find anywhere else. 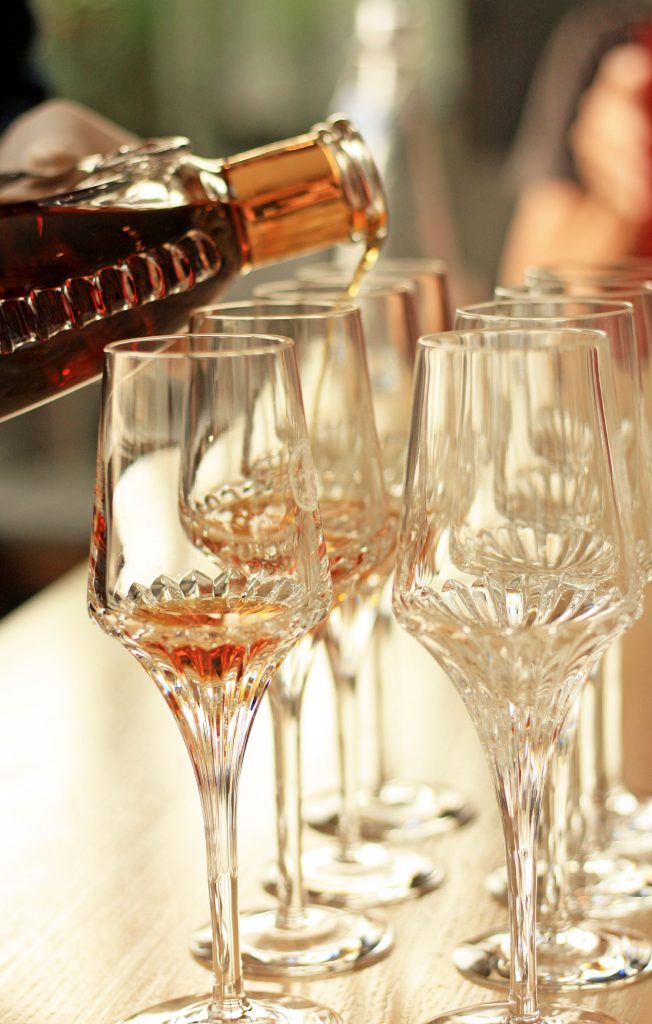 Bourbons are perfect for the winter season, but some are better than others. The best Bourbon for taking care of that winter bite has two things: plenty of spice and lots of alcohol. Each of the Bourbons on this list have them in spades.

This 9 year bourbon is 120 proof, but you wouldn’t think it. The drink is smooth and full with a strong front of vanilla and a gentle burn that will warm away the winter chill.

Distilled by Buffalo Trace, the Stagg Jr. is bold and thick, with plenty of spice. Some drinkers of Stagg Jr. complain about the burn, which lasts an unusually long amount of time. Personally, I’m a fan of the heat, especially during the colder months.

This Bourbon, made by the Four Roses distillery, is a mellow drink with a lot of spice. The drink is smooth with fruity flavors of cherry and plum joining spiced cocoa and herbs. You can put it in a cocktail, but for the full effect I’d recommend drinking it straight up.