The Difference Between Single Malt Whiskey and Blended Whiskey: A Beginner’s Guide

We all know him. We all want to be him. He is the man at the end of every good bar, with the ever-so-slightly crumpled suit and graying hair. His look is one of assured contentment and his face has more lines than the Vedas, with just as much depth. With a cool confidence he raises a single finger and the bartender comes immediately.

Who is this man? What is his story? All we know is that we want to know everything about him. We also know that the world’s most interesting man doesn’t drink beer.

You can’t become this man overnight. It took him years of bullfighting, hitchhiking, and joining third-world political revolutions to get where he is today. But the first step is to know what is in your glass. And if what’s in your glass is what’s in his glass, it’s whiskey. And if it’s whiskey, we can help you out with that.

The war between single-malt whiskey and blended whiskey has been bloody and long. While tuxedoed dandies in their cocktail bars swill hundred-dollar bottles and look down their noses at the pubs and holes in the wall, blended whiskies fly off the shelves, from the infamous Kentucky Tavern bourbon in its plastic bottle and eye-watering finish to the Suntory Hibiki 21 Year, a Japanese whiskey whose taste and price tag rivals that of any single malt.

But what is this battle all about? What is the real difference between single malt and blended whiskey?

The simple definition is that single malted whiskies are only distilled with barley and come from a single distillery. Blended whiskies may contain a mixture of less expensive grains, like corn, rye, and wheat. As the name implies, blended whiskies contain whiskies from different barrels and even distilleries. They are often aged for a shorter amount of time and have a higher alcohol content.

Taking a closer look at the issue, however, we see that it is a bit more complicated than the dictionary definition. Contrary to the belief of single-barrel purists, most so-called “single malts” are actually vatted. This means that distilleries mix a variety of whiskies from different barrels. These barrels may have been aged in different ways and through different processes. While it’s true that there are single barrel runs of whiskey, most often, different barrels are mixed together for the sake of consistency.

While all this is interesting, what does it mean for someone scratching their head in a bar or liquor store? You’re not starting a distillery. I assume. So what does all this distillation and barrel malarkey mean for the taste and feel of whiskey?

As far as taste goes, a single-malt is prized for its purity, distinctive flavor, and simplicity. Like minimalist art, its attraction is in doing something simple with nuance and style. A distillery values a single-malt that is consistent. They can trust it to showcase that distillery’s signature flavor every time. If you want to show off to whiskey connoisseurs, or you’re having friends over who have ever been to an opera, a decent single-malt would be your best bet.

If a single-malt is a string quartet, a blended whiskey is a full brass band. (Depending on how far down the shelf you go, it could have bagpipe accompaniment.) Whereas some may find the flavor of single-malt whiskies dry or thin, a blended whiskey mixes complementary whiskies for a fuller flavor profile, with more variety. In addition to this, blended whiskies tend to be less expensive and higher proof. For this reason, blended whiskies are used for everything single-malt whiskies aren’t. Throw them in any mixed drink. Bring a bottle to share at a party. Getting together with old college friends who haven’t quite left the college lifestyle behind? Or maybe you’re hosting a less rowdy crowd who won’t mix your whiskey with Faygo. Blended whiskies have options at either price range.

So maybe you’ve never seen Rome, or fired a gun, or pried your great-grandmother’s wedding ring from the mouth of a reef shark. But now you can walk up to the bar, strike a confident pose, and ask for a whiskey as if its an old friend. And with that step complete, more often than not, adventure will find you.

If you need a little more guidance, or you’re just bored, we’ve compiled a beginner’s list of whiskies, single-malt and blended, that will help you open the door of single malt and blended whiskies without draining your bank account.

Best Single Malt Whiskies for Around $50 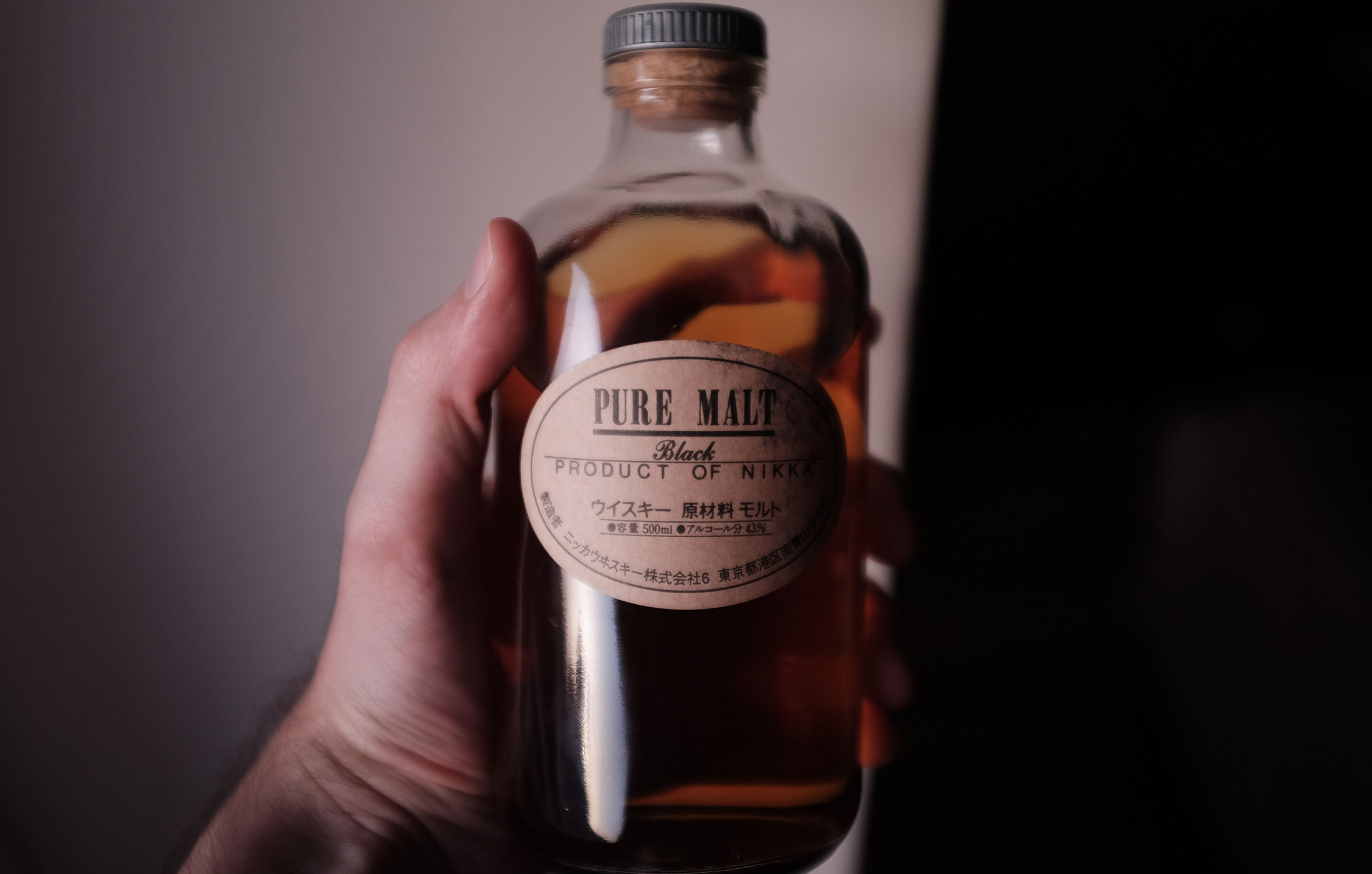 Glenlivet 12-$33
No list of whiskies would be complete with a good Scotch and Glenlivet produces one of the best. This whiskey starts off with flowery notes of citrus and leaves you with a rich taste of vanilla and toffee. And at a cool $33, you can get the full scotch experience without taking out a second mortgage.

Lagavulin 16 Year-$50
While we’re on scotch, it would be a crime to overlook Islay, a small island in south Scotland, known for making distinctive, smoky whiskies. The reason for the smoky flavor is the use of peat in the barley. While some smokier whiskies aren’t for the faint of heart, if you like smoke, Lagavulin makes some of the richest, smokiest scotches on the market. The 16 year also contains sweet hints of fruit as well as salt.

Teeling Single Malt-$57
Leaving scotch behind, we cross the Irish Sea to the emerald isle for our next whiskey. The Teeling distillery in Dublin produced this whiskey by aging it in wine barrels (Sherry, Port, Madeira, White Burgundy and Cabernet Sauvignon) and the results are outstanding. The fruit tastes of the wine are joined by notes of white chocolate, cream, white pepper, and cinnamon. While this isn’t the cheapest whiskey on our list, you definitely won’t be disappointed.

Colkegan Single Malt-$55
While America is new when it comes to the single malt whiskey game, the USA shouldn’t be completely counted out. Sante Fe Spirits reminds us of this with a whiskey that pays its due toward scotch, but gives it a definitively Southwestern spin by smoking its barley in mesquite rather than the usual Scottish peat. The result is a sweet smoky taste with a touch of fruit and spice.

Best Blended Whiskies for Around $50

Four Roses Bourbon-$40
If you’re looking for Bourbon with a reasonable price, Four Roses is really the only way to go. This rye-heavy whiskey produces flavors of caramel, maple, and oak.

Nikka Whiskey From the Barrel-$43
Japan is one place that begs mentioning when it comes to whiskey. Unfortunately, most of their bottles come with a prohibitively high price tag. Not so for Nikka Whiskey From the Barrel. This whiskey blends Japanese single malts in a fruity combination with hints of spice. This is a great way to get your foot in the door when it comes to whiskey from Japan.

Redbreast 12-year-old Irish Whiskey-$47
When it comes to Irish whiskey, Jameson will get you where you’re going for half the price, but Redbreast will let you enjoy the ride. Aged in sherry casks, this whiskey combines a smoky flavor with hints of spice and a touch of honey.

Johnnie Walker Black Label-$30
This whiskey, known for its smoothness, combines thirty different whiskies into a drink that follows a caramel citrus body with a smoky finish.