Rummaging through the liquor aisle, searching for a rum that is suitable for your appetite? Cluelessly picking up different rum labels; putting the bottles back on the shelf and purchasing something you have been drinking for years, to stay safe.

If you have a sweet tooth, rum is the liquor for you! The main ingredient in rum is sugar, which is extracted from the sugar cane plant I have come to the rescue, to help newcomers of rum understand the important differences of each category. The available sets of rum are: light, dark, amber, spiced, flavored, overproof, and premium.

Silver or white are other synonyms for light rum. These names are associated with this type of rum, due to its clear non-color; liquid looks like water. This rum is purified through charcoal, prior to being placed in a standard oak or stainless steel barrel. After the rum has matured, it is removed and refined again by charcoal; light rum has the briefest aging process. This is the contributing factor for light rum’s clear appearance. The nature of the rum’s light texture and taste, makes it fitting for cocktails and other mixed beverages.

Black rum is another term associated with this category; difficult to locate the bottom of a shot glass when filled. The basis for dark rum’s black texture, is that it is scorched in oak barrels for an extended period of time; lengthier than light rum. This process enhances the rum’s taste and aroma; dominating other variant rum styles. Caramel, vanilla, molasses, and spices are common ingredients discovered in dark rum. However, several dark rums differentiate in taste, from its flavoring. 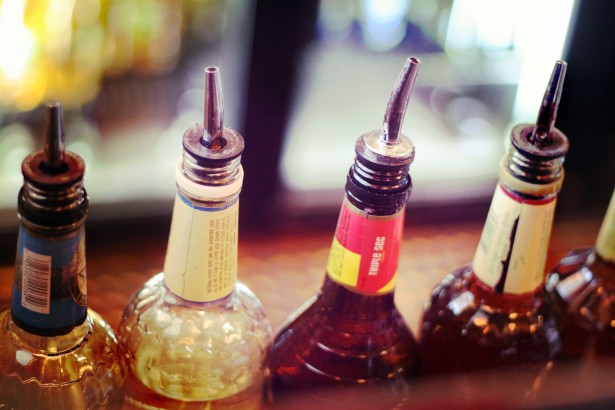 Desire a rum that meets somewhere in the middle; richer than light but not as robust as the dark rum. Strictly frothed in oak barrels, to bring out colors ranging from light gold to a medium amber. This is why the names amber and gold rum are intermingled with each other. Mellow and outdoorsy are typical comments that consumers say when describing the rum’s flavor. Amber rum will elevate experiences in picnics, nature walks, camping trips, or an island vacation.

Pirates of the Caribbean’s Captain Jack Sparrow may spring to mind when thinking of this rum. Spiced rum has numerous success in marketing this specific rum as tropical or adventurous. Most of these beverages originate from amber rum. The main distinctions between the two, is spice rum is darker, due to the caramel and additional spices that are added: pepper, rosemary, and cinnamon. Low-priced spice rum labels are a mixture of light rum and caramel coloring, in order to resemble a genuine dark appearance.

Craving a tropical burst of flavors to stimulate your taste buds? Flavored rum is well-known for consumers that enjoy an assorted array of fruity flavors. This type of rum draws its taste from a mixture of fruits, such as: oranges, bananas, coconuts, limes, citrus, mangos, and apples. It is important to note, that this class of rum has the lowest alcohol volume content; majority of labels contain around 35 percent. This beverage contributes in excellent tropical cocktails, consumers can choose to have their drink with or without ice; weather and atmosphere usually play a role in decision-making.

Overproof rum answers the prayers for individuals demanding a truly strong liquor. This rum variant does not exaggerate its name, with bottles ranging from 60 – 84.5 percent of alcohol volume content (120 – 169 proof). Its instant throat burning and mental effects are enough to put almost anyone on their rear after a few shots. This rum is only recommended for experienced liquor or rum enthusiasts. Additionally, this rum has proven to be beneficial for brewing cooking recipes; island natives from the Caribbean typically use overproof as one of their key ingredients.

An upscale variant that takes pride in the attention to detail they give during the fermentation and aging process. It is customary for process premium rum, to take a minimum time slot of 5 years. If one has an unlimited bank account or wants to show off to their friends, this is not a bad choice to consider for special occasions.