From time to time, we all get to choose an alcoholic beverage that will accompany us throughout the evening. It’s a taught choice between multiple cocktails and plain drinks with extravagant names. The tricky question you usually asked by the bartender when you don’t know what to pick is “What you prefer more: Whiskey or Vodka?”

You can choose by color, taste, origin or history.

Whiskey and Vodka have differences indeed, but are those two so different?

Around the 3rd century AD, the Greeks in Alexandria distilled spirits for fragrance purposes. First alcohol distilled from wine dated in the 13th century AD in Italy. In the beginning, people used alcohol for medicinal purposes. Doctors used Whiskey for the treatment of various conditions and ailments, including flues, stomach infections, tuberculosis. During alcohol prohibition period in the US, the black market made good money on selling a Whiskey prescription. Even though some researches tell what Whiskey can prevent cancer and also reduces possibilities of heart diseases, Whiskey stays an alcoholic beverage with no medical benefits since there are no medically proven facts. Whiskey first becomes popular in Scotland. Green Stripe in 1860 was the first blended Whiskey in the world was a mixture of malt and grain. Vodka was brought from Poland to Russia and often identified as a Russian drink. Same as whiskey vodka had a variety of medicinal usage. But unlike Whiskey, it still has a broad medical usage among people. Vodka considered to be the best disinfection method in case if you don’t have anything else. Next time you get bit by a mosquito on a beach or scratch from doing an extreme activity, don’t wait until you get to the closest pharmacy, use Vodka.

Whiskey is a distilled alcoholic beverage made from any form of fermented grain mash, from barley, rye, malted barley, malted rye, wheat, and corn. Vodka is a distilled liquor composed of ethanol and water. For whiskey geographical region and age is a gamechanger, depending on the time of maturing in oak barrels, the color of whiskey changes from light-yellow to brown — the taste changes from lingering thick to light and flowery. Whiskeys must be aged and strengthened and in a barrel. You can distill Vodka in your backyard from the grains, potatoes, sugar, fruit, and anything else you want, which means what Vodka can be gluten-free. A good vodka should be sufficiently strong, transparent, and have no taste or smell. Vodka is ready to use and does not require aging.  However, it doesn’t matter how long you keep a bottled whiskey or Vodka on your shelf; it won’t become any stronger. Word “Whiskey” translated of the Gaelic word “uisce” means “water.” The term ‘vodka’ based on a Slavic word voda (water).  Vodka consumed in shots regardless of tastes, for Vodka it’s essential to have a good company and good food. Russian and Armenian cousin have multiple dishes “good for vodka.” Whiskey considered more of an enthusiastic drink for those who know the art of drinking and gather in a private and quiet place to have a talk or game. Usually, after tasting a whiskey, people discuss the taste and compare different brands, Vodka is wild, and as people say between first and second shot must not be any pause. 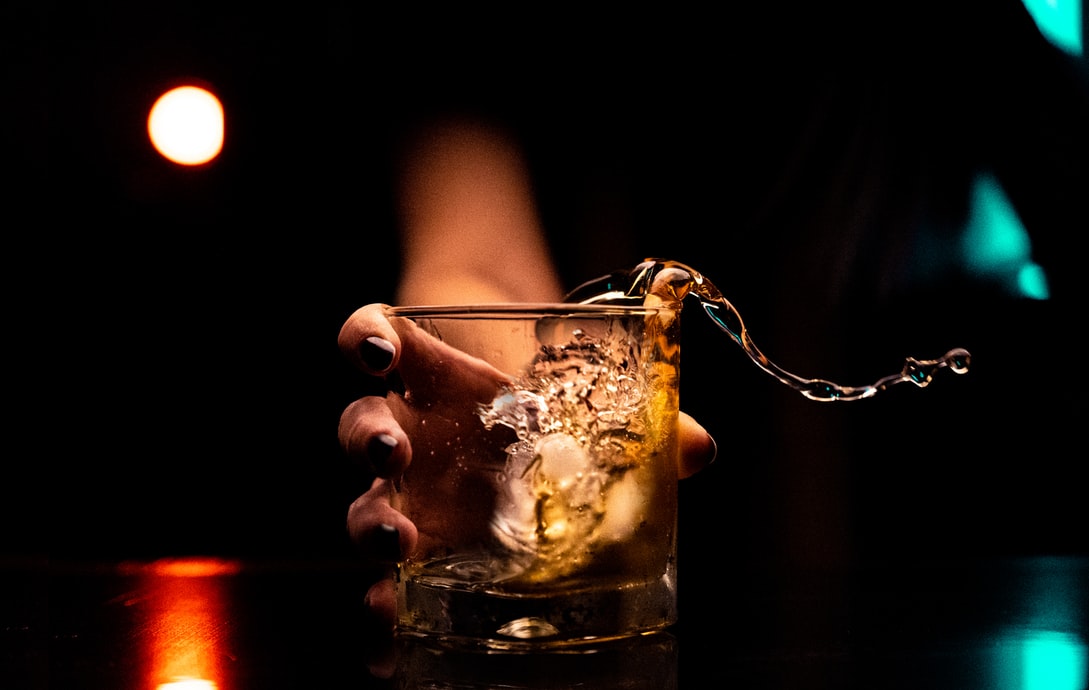 Some people say Whiskey is more harmful than Vodka, because Whiskey contains more admixtures and Vodka contains nothing but water and spirit, but some researchers offer a different opinion, because Vodka doesn’t contain admixtures it becomes more harmful if drunk plain, however, the plain Vodka is mostly famous in Russia, Ukraine, Finland, and Armenia, western world prefers to mix it with different flavors or other beverages, Vodka is a base of most popular cocktails. Because of the same reason hangover from the excellent Whiskey can be less than from any Vodka.

Apart from chemical and consuming differences, Vodka and Whiskey have also a psychological behavior stereotype. You can identify a specific character by what you choose to drink. If you prefer Whiskey to Vodka, you considered being more of an observer, quiet and analyzing person. Someone who would rather talk and think before acting, rough around the edges, well balanced. If you are the vodka person, you’re the soul of the company, the glue of the party and the voice of fun. You are the extrovert one who gets everyone to dance and laugh. Tells interesting and loud stories and leaves the party last. Man tend to choose a woman by the type of the drink she picks; if the lady prefers Whiskey over Vodka, a woman considered more feminine and deeply spiritual, smart and quiet, if a lady chooses Vodka, she is probably passive-aggressive and more masculine, independent and confident.

You can mix Vodka with everything and drink it as you wish: plain, mixed with juices, chilled, with shots. Vodka is a base for many known cocktails, but still, it doesn’t bring anything but alcohol. Whiskey used to flavor a cocktail. You don’t talk about Vodka; you drink it, and you speak because of it. With Whiskey you have to be a snob, it’s a part of the consuming culture, you have to know precisely in which condition you like it, where it came from, what is the history. You have to be a good talker and arguer to keep on track a first few minutes after you take the first sip from your preferred type of Whiskey. If you don’t know much about Whiskey, keep in mind what different version whiskeys are called ‘expressions.’

Both Whiskey and Vodka tend to affect the same way. Both make you confident, fearless, and slightly aggressive.

It doesn’t matter what we choose to drink at the end of the day, we all drink for one purpose: to get drunk. Despite the type of alcohol you consume: dark or clear, plain or mixed, Whiskey or Vodka, if you are in a good company, it won’t matter what you drink as long as you are mindful about how much you drink.