For a long period of time, Australia ranked amongst the top beer drinking nations with Aussies not discriminating in swigging craft, branded, and budget beers. Australians quaffed all types of beers, including branded ones like Heineken, Budweiser, craft beers (local or regional varieties), and pocket-friendly versions. However, recent surveys clearly indicate that beer consumption down under, by and large, has been on the wane of late.

As per the 2017 Australian Craft Beer Survey conducted by Beer Cartel, consumption of beer on the whole had subsiding with the notable exception of craft beers. Aussies have demonstrated a strong preference for beers brewed in the territory they resided in, according to the survey. So, the trend has been Victoria Bitter for those living in Victoria, Coopers for Southern Australians, and QLD for Queenslanders.

Natives were predisposed to beers produced by breweries owned and operated by Australians-nearly 99% preferred locally fermented craft beers. Comparatively, 23% swilled beers distilled by globally renowned brands while 32% chose supermarket brands. Nevertheless, with a sizeable section of the population becoming itinerant there’s again been an upsurge in demand for international brands.

In the following paragraphs, we walk you through the top 10 Australian beers.

Coopers Brewery Ltd, the largest of all independently owned breweries in Australia, has been in business since 1862. Founded by Thomas Cooper, Coopers Brewery is reputed throughout the continent for brewing high quality craft beers and IPAs. Some of the most sought after brands of the brewery include Pale Ale, Sparkling Ale, Extra Strong Vintage Ale, and Best Extra Stout.

When you decant the Best Extra Stout from the bottle into a Pilsner glass or stout glass, the intensely dark hue becomes apparent. The foaming is not extremely heavy but ale connoisseurs will surely warm up to the enticing appearance.  Your nose will instantly pick up whiffs of toasted grain with nuanced undertones of espresso and chocolate. You’ll like the sweet aroma interspersed with balanced flavors of coffee, vanilla, malted grain, and hints of dark fruits.

The Little Creatures Brewing Company located in Fremantle, Western Australia operates a bar-cum-eatery, open throughout the week. You can head to the bar at the end of the day for sipping on ‘Little Creatures Pale Ale’ amidst a gregarious ambience. Little Creature’s Pale Ale has a characteristic mild gold appearance that somewhat borders on haziness.

The thin head with moderate lacing will titillate you to quaff down the serving at one go. After downing the glass, you’ll be slowly and gradually overwhelmed by the refreshing aromas of oranges and grapefruits. Whiffs of malt, hops, and honey perfectly round out the flavors of citrusy fruits.

Carlton and United Breweries, located in Melbourne, Victoria, is a wholly owned subsidiary of the Foster’s Group. This Melbourne-based brewer enjoys widespread popularity for fermenting some of the best beers, including the Sheaf Stout. Some bestselling beer brands of this firm include Brisbane Bitter, Carlton Black, Carlton Crown Lager, Foster’s Lager, and Fiji Premium.

Sheaf Scout’s tint varies from light black to dark opaque brown with a creamy froth that endures. The foamy head recedes somewhat gradually leaving behind sparkling lacing. Beer enthusiasts and aficionados will be able to distinguish the smoky, roasted whiskey-like aroma laced with undertones of dark fruits with whiffs of toasted malt.

The Extra Strong Vintage Ale is another premium lager from Coopers Brewery Ltd that finds favor with many Australians. The beer’s flavor and taste greatly resembles the English Strong Ale varieties. As you start sipping the ale, you’ll be able to pick up scents of caramel, honey, malts, and biscuits.

The color is a deep gold with an undercurrent of mistiness and the texture is medium body with mild carbonation.  Being extra strong, the alcohol content is a tad high, and so except to feel tipsy sooner or later.

Hop Hog lager can be identified by its idiosyncratic clear amber to hazy copper color with an off white head. The flavor is unmistakably hoppy, fresh, and smooth with a robust floral tone. The aromas constitute a blend of onion mustiness and pungent garlic with aromas of pine, caramel, and oranges. 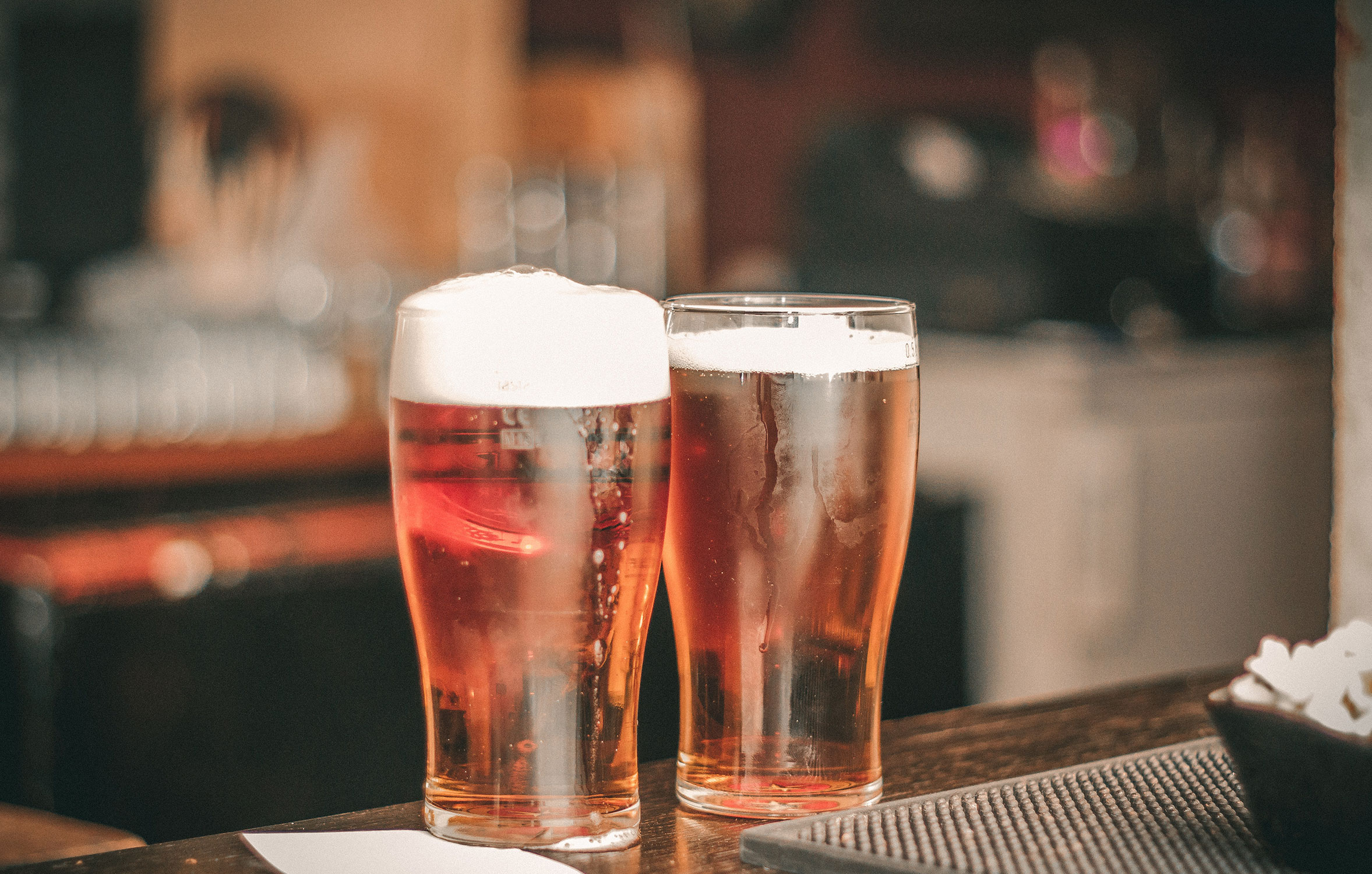 The Pirate Life is in keeping with the Western European Lagers that strike a perfect balance between all the ingredients. The malt furnishes the sophisticated medley of sugars that promote fermentation whereas the hops lend bitterness. The optimal fermentation imparts to the pale ale, the delectable variety of flavors and aromas that you discern while drinking.

This beer has a sparking amber golden hue and flavors of toffee, pine, caramel malt, and grapefruit hops satiate the palate.

The Modus Operandi Brewing Co. located in Mona Vale, is one of Australia’s most venerated breweries. The Modus Operandi Former Tenant is one of the brewer’s most popular products, and for good reasons. As you pour the ale in a draught glass, you can spot the amber red tint. Guzzling a mouthful fills your mouth with flavors of mango and passion fruit coupled with subtle traces of caramel and citrus fruits.

Victoria Bitter has been Australia’s top selling lager for the past two decades and continues to be so. No wonder the Victoria Bitter is the country’s most ubiquitous beer brand with cans and bottles available throughout the nation. The aroma is somewhat grainy with an undertone of bananas and taste very much like European lager.

The XXXX is the iconic beer of Queensland and brewed by Castlemaine Perkins in Brisbane. The beer is available in full, mid, and pale strength varieties-so the brand caters to the tastes and preferences of all connoisseurs. The ale has a bright yellowish-orange color and has a smooth and mellowed taste.

The Pale Ale is another well-known beer brand from the house of Pirate Life Brewing. It has a distinctive misty copper amber color and exudes aromas of grass, pine, mango, and grapefruit.