The Brazilians wolf down beer as passionately as they follow soccer-the most popular sports format in the country. Beer happens to be the largest selling beverage in Brazil, accounting for nearly 62% of the annual beverage consumption. Brazilians on average, guzzle about 140 million hectoliters of lager yearly with per capita consumption of 61 liters.

No wonder, Brazil ranks third in terms of global beer consumption, just after China and the US. The history of brewing in Brazil can be traced back to the early 1800s when Germans immigrated in large numbers. The Germans established the earliest microbreweries in the 1830s.

Bohemia happens to be Brazil’s oldest lager, brewed for the first time in 1853 with production continuing. Classic, German-styled lagers-Pilsners rule the roost in the local beer industry, contributing towards 98% of total sales. The craft beer industry is slowly emerging as many flourishing microbreweries take advantage of quality local ingredients for producing beers with an eclectic range of flavors.

Ithaca has won many international awards and continues to be one of Brazil’s most iconic beers. No wonder, the beer enjoys a high level of popularity throughout the country. A variety of hops, malt, and sugar are used as primary ingredients for brewing Ithaca.

The ingredient mix imparts the lager a unique flavor with a perfect equilibrium between sweetness and bitterness. The dark hue and the extremely robust head of Ithaca make it ideal for grouping under the ‘stout’ category. The beer has a thick and frothy head and tastes heavenly when served chilled.

With an ABV of 10.5%, the beer can be somewhat inebriating, especially after you had a bottle or two.

The Schincariol brewery distills the Nova Schin that tastes more like an American lager. You can distinguish the lager by its prominent amber color, mild white head, and dry finish. Nova Schin has moderate alcohol content (4.7% ABV) with a somewhat malty palate and doesn’t have any distinguishing aromas.

Nova Schin accounts for 13% of total beer sales in Brazil, and its popularity seems to rise day-by-day. You can purchase both 355ml bottles and cans of this mild lager beer that tastes very refreshing and soothing.

A German pilsner type lager, Brahma Chopp is Brazil’s first beer with a brewing history of more than 150 years. The lager has a very bright and clear texture with a neutral aroma and robust body. Brahma Chopp has a mild alcoholic content (4.8% ABV) with a very low level of acerbity or bitterness.

Bartenders serve Brahma in chops (small beer glasses) to retain the lager’s freshness and chillness. If served in large glasses or bottles, the pilsner might lose its sparkle quickly owing to the humid weather. Anheuser-Busch InBev, the brewer, uses the conventional bottom fermentation for distilling Brahma Chopps.

Skol continues to be one of Brazil’s bestselling lager brands, and for good reasons. As you start sipping the beer, you’ll be able to discern a range of aromas and flavors. Anheuser-Busch brews Skol, a US-styled lager with moderate carbonation and balanced taste.

Your taste buds will pick up subtle notes of malts, leaving you with a persistent and smooth aftertaste. Skol tastes invigorating and stimulating, thanks to the use of premium quality hops and grain malts, and pure water. If you head to Copacabana beach in Rio de Janeiro, you’ll come across booths and kiosks that mainly retail Skol.

It’d take a connoisseur to distinguish the tang of Skol from other similar brands, owing to its understated aromas. The lager tastes supreme when served chilled.

Another American-styled lager brewed by Anheuser-Busch, Bohemia tastes crisp and smooth and has a balanced yet full-bodied flavor. In the beginning, you discern a heavy hoppy essence that eventually leaves your tongue with a dry and bittersweet feel. The aroma of Bohemia borders on malts with an understated hint of flowers.

Antarctica, a Pilsner type lager has a light amber color with a mild frothiness and bracing flavor and aroma. InBev, the brewer, makes use of the bottom fermentation process for producing Antarctica. Antarctica has mild carbonation typified by its slim head that disperses rather quickly.

The aroma has a discreet metallic feel with a judicious balance of bitterness and smoothness. Brazilians while participating in the annual Carnival in Rio do not look beyond Antarctica. Almost all the kiosks and booths peddle only Antarctica during the Carnival and nothing else.

Grouped under the macro-beers category, Original is an American Adjunct Lager styled beer that serves as a perfect thirst quencher. The beer with a 5% ABV has a mild nose that feels somewhat orangey and lemony. Original comes in 600ml bottles and does not practically have any head.

The palate has a faint aroma of fermented grains, and the finish tends to be mildly hoppy and bitter. 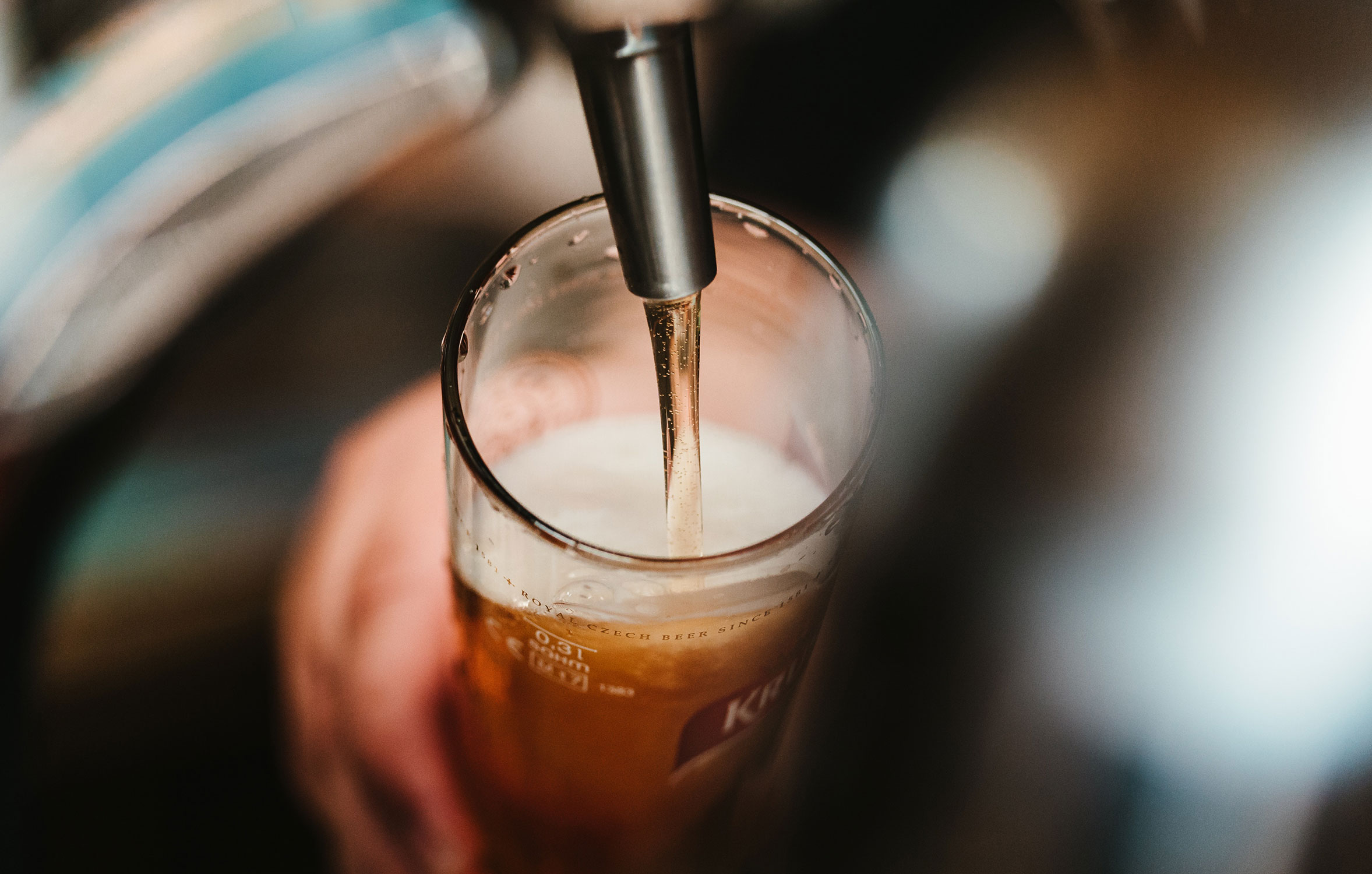 Brasil Kirin brews Devassa, under the authorization from the American company, Playboy. Devassa enjoys widespread popularity in the South American country because of its balanced and uplifting taste. The beer with a 4.8% ABV can be distinguished by its thin, white head, and light gold color.

You can easily differentiate the nuanced notes of honey, corn, lemon, and malt as you take sips of Devassa. Drink the beer chilled if you wish to enjoy the entire gamut of flavors and aromas.

Brazil produces a few top quality IPAs, and 2cabecas happens to be one craft brewery producing a slew of them.  Supermarkets, large stores, and outlets throughout Brazil sell craft beer varieties from 2cabecas. The brewer never uses water, hops or yeast for brewing but only tropical fruits.