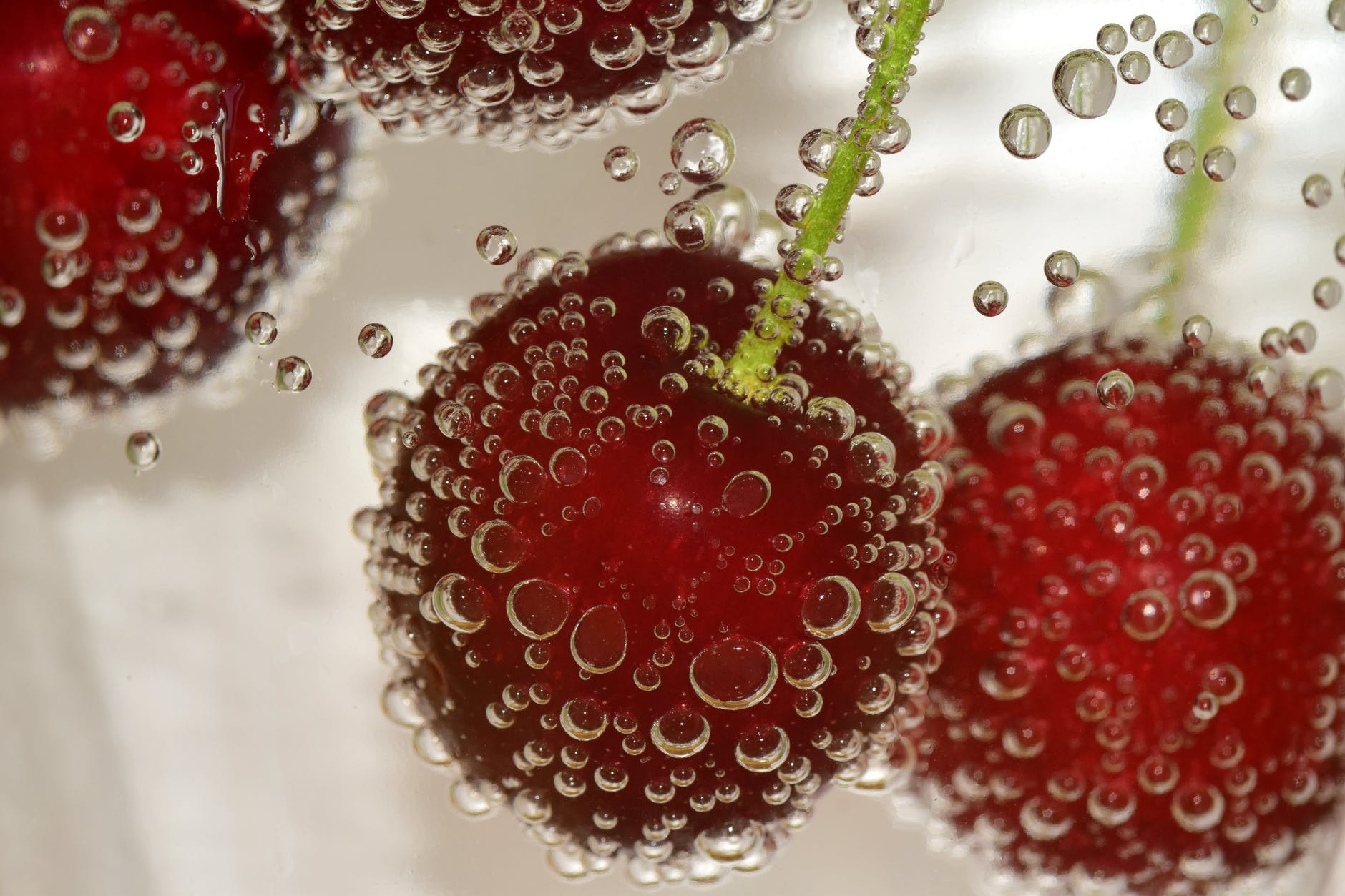 The Enticing World of Cherry Vodkas

Commercially flavored vodkas available today are the results of various structured chemical processes. Different distillers use different methods for the production of flavored vodkas. It may be noted that some vodkas did not derive their flavors from real fruits, spices, or vegetables. Chemists create aromas and flavors in the laboratories, which are purchased by the distilleries, and eventually mixed with the spirits at the time of manufacture.

Flavors can be natural or synthetic and can be widely varied; namely, lemon, orange, grapefruit, cucumber, green tea, tomato, honey, chocolate, vanilla, ginger, cherry and even bison grass and what not!

Some of the most popular cherry vodka brands are discussed below.

1. Smirnoff® Cherry vodka (ABV: 35% and price:$13 / 750 Ml) was previously known as the Black Cherry Twist. The name was changed but not the recipe. It is among their forty-two flavors created with the help of recipe twenty-one vodka acting as a base. Recipe twenty one is obtained from high-quality grains that go through the triple-distillation process and ten-times filtration method. Natural plump cherry flavor is added thereafter. The taste is sweet when the first drink goes down the throat, though not overpowering. Gradually it transforms to a light sour cherry note, which fades to a spicy, warm vodka flavor. It can be drunk on the rocks and also shines well in cocktails.

2. Absolut Cherrys (ABV: 40% and price: $18 / 750 Ml excluding sales tax) is Swedish vodka manufacturer’s latest offering. It is said to reproduce the rich taste of sunlight-basked cherries accompanied by notes of sweet plum and refreshing white cranberries. This spirit is obtained from real ingredients and does not contain any sugar. The taste is silky and fruity, along with a warm sensation in the mouth, and a little sweet and an extended finish.

3. Soplica Wisniowa Cherry (ABV: 32%) is characterized by its full-bodied flavor resembling the black cherries, which tastes both sweet and sour with a beautiful juicy finish. This famous Polish vodka is prepared using the old school method of distillation. Only pure water, rye, and grain are used to produce this spirit. One can drink it like they do in Poland, i.e., from the shot glass, or may choose to mix with soda.

4. Grey Goose Cherry Noir (ABV: 40% and price: $21 – $30 / 750 Ml) comes with an aroma like real cherries and other red fruits like strawberry and raspberry, accompanied by a little bitter note. The seed-like notes and bitterness can prove to be repulsive for some. The spirit is sparkling bright, a bit viscous in its appearance, and a prominent edge line with big droplets and legs begins to form after swirling.

One ounce of any premium brand’s cherry vodka, five to six ounce of Sprite soda, and one dash grenadine syrup is required to prepare this drink. First, ice cubes should be placed in a highball glass, and then the liquor should be poured onto them. Now, rest of the glass would be filled with Sprite. Finally, grenadine is required to be added. One may choose to use cherry for garnishing.

Here is a little mathematical exercise for the calorie watchers. 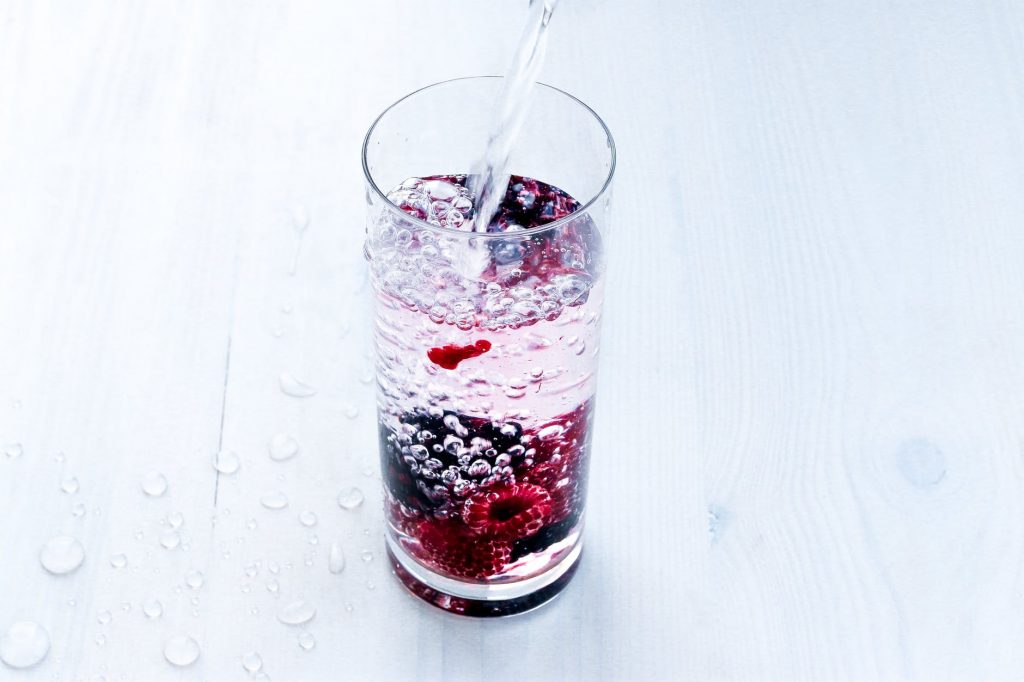 Cherry vodka limeade can make the evenings even more meaningful.

Two-ounce cherry vodka, one-ounce lime juice, four-ounce Sprite, half ounce cherry juice and maraschino cherry for garnishing are required to make this drink. First, a glass measuring sixteen ounces should be filled with ice. Then all the four ingredients are going to be mixed, appropriately stirred, and finally, it should be garnished with maraschino cherry before serving.

One can never go wrong with boozy fresh cherry lemonade in the scorching summers.

One would require one pound of pitted Bing cherries, a cup of sugar, one cup of lemon juice obtained from two to three large-sized lemons, a cup of cherry-flavored vodka and three to four cups of water. First; the cherries, sugar, and a cup of water should be boiled in medium flame in a large frying pan or saucepan while stirring them continuously. Then it should be removed from the oven and should be allowed to cool. Finally; vodka, lemon juice, and three cups of water (four cups in the absence of the spirit) are needed to be mixed in a big pitcher. Now, the cooled syrup of cherry should be added and stirred before pouring ice. One may choose to garnish with mint, additional cherries, and lemon wedges.

What if cherry vodka and jello are combined?! The answer is jello shots!!

When life gives you cherries, make a cherry vodka martini!

Half ounce of cherry vodka, two ounces of cranberry juice, one ounce of pineapple juice, one dash grenadine syrup and maraschino cherries are needed to prepare this mix. First; cherry vodka, pineapple juice, cranberry juice, ice cubes and a dash of grenadine syrup are mixed in a cocktail shaker. Then the constituents should be shaken well before straining. Finally, it should be poured into a martini glass and garnished with maraschino cherries before serving.