Cider is coming! Cider is coming! While beer has reigned supreme for a very long time, there is a new contender breaking onto the scene. In 2010 Cider exploded onto the market, gaining popularity due to the fact that it has the same low alcohol content as its hops and yeast infused counterpart, but has a sweeter, and crisper taste that appeals to those who have a palate for wine. Here are a few of the best of the best when it comes to Cider.

Woodpecker Cider – First produced over a century ago, this cider is a recipe from England that’s produced in Vermont, USA. It’s a crisp, semi-dry cider that has a tendency to lean to the fruity side of things. This is a cider that can be an everyday indulgence. Pairs great with picnics and warm sunny afternoons. Not much information can be found on the Woodpecker Cider itself, but once you open up that bottle, you’ll understand why it’s made its way to this list.

Crispin Cider – This cider is based out of Colfax California and started production in October of 2008. Altogether there are 7 different flavors of Apple Cider. They are crisp, clean and made with any flavor apple. One thing Crispin is known for is that they do not put hops in their Cider, which can give it a more bitter taste like that of beer. Crispin also has 3 different types of Pear Cider and one Traditional dry cider. 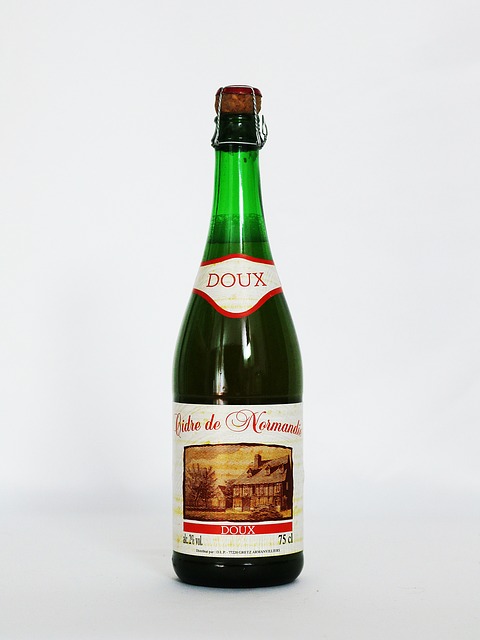 Square Mile Cider – Square Mile Cider is made with guidance from Eastern Oregon apple growers and named after the Square Mile claims marked by settlers who arrived at the end of the Oregon Trail in the 1850’s. This cider is also made with Galaxy Hops, so those who like the taste of beer generally enjoy the flavor that accompanies this cider. Square Mile has two different labels of cider for your tasting pleasure.

They have The Original, which is a classic American Hard Cider. Made with Red and Yellow Delicious, and Jonagold apples. The Jonagold apple is known for being very juicy and crisp along with having a honey like essence. The website for Square Mile says that this is one best served over ice to complement its sweet but tart apple flavor, but it’s also great right out of the bottle as long as it has been properly chilled. This cider is hops free, and gluten free.

Their second Cider is called Spur and Vine. It’s made with the same great apples that cultivated The Original. Galaxy hops are thrown in the mix to make this cider, which gives it a rich, exciting aroma. Flavors such as honeysuckle, peach, and melon make an appearance in this cider as well. Spur and Vine is best served in a bottle to showcase all of the flavors.

Angry Orchard Cider – This one is known for being juicy, tart and tangy all at once. Drinking an Angry Orchard Cider is literally like biting into a crispy alcohol infused apple. Made by Boston Beer, the makers of Samuel Adams, it accounts for close to 47 percent of the US Cider market. It’s so well known, that it’s adopted the presence of “Default Cider.” Much like an establishment has a default beer, such as Coors or Budweiser, Angry Orchard has been come to known as “The” Cider. If you’re at a restaurant, and they have cider on tap, you can bet your bottom dollar it’ll be Angry Orchard.

Texas Keeper Cider – I’ve saved the best for last when it comes to Ciders. Texas Keeper Cider is made in Austin Texas and has 6 different labels. I won’t go into all of them, they’re all great, but I’ll elaborate on the ones I’ve tried. The first of the 6 is Texas Keeper No. 1. It has a 6.8% ALC/VOL, and the taste is a lot like Angry Orchard, just better. Their website claims they use 5 different apples, fermented individually and then blended together to craft a well-balanced and highly drinkable dry cider with hints of peach, pear and tropical fruit. The taste is crisp and has a lingering acidity that leaves you wanting more.

Another one from Texas Keeper is Gold Rush 2013. It’s a lemon-lime zest with grapefruit and a note of tropical fruit. Gold Rush has a slightly higher sugar content making it one of the sweeter ciders from Texas Keeper. The sugar also balances out the acidity making this one more smooth and drinkable.

Golden Russet is the third cider and it has flavors of honeysuckle, pear, peach and passion fruit. The flavors are sweet and tangy and are perfect for a nice warm Texas afternoon. Texas Keeper Cider is well rounded and has flavors everyone will like. There are several choices to choose from, so one is bound to tickle your fancy. This is just a few of all of the ciders that have popped up recently, I encourage you to try a few yourself, so you can see what you’ve been missing.