Vermouth begins as a neutral grape wine or even unfermented wine must (freshly pressed grape juice). Alcohol and other ingredients are then added, giving it its 15% ABV and its herbal flavors. Some of the additional ingredients include roots, bark, and aromatic herbs. After that, even more flavor is added in with the addition of either caramelized sugar or cane sugar.

Vermouth comes in two varieties: sweet vermouth and dry vermouth. Dry vermouth is the king you’re probably most familiar with since it’s most often used as part of a modern martini. We discuss sweet vermouth elsewhere in greater detail since it is a decidedly different kind of drink. Here, we’re going to cover dry vermouth, the vermouth that many Americans know best.

Dry vermouth’s taste is derived from a variety of ingredients, including the notorious wormwood, from which it gets its name. Wormwood in German is wermut, which became vermouth with travel and time. As you might have guessed in vermouth’s prevalence among mixed drinks and bars across the world, the amount of wormwood in vermouth is perfectly safe. Vermouth originated as a medicinal concoction, so plenty of other herbs, fruits, and even flowers found their way into its mix, supposedly for their healing properties.

Typically, dry vermouth is from France, though Italy produces some, as well, though Italian vineyards are better known for sweet vermouths. Spain also produces a few vermouths that are well worth a look. The ingredients to vermouth, besides the wine, are closely guarded secrets and every brand of vermouth has its own unique taste. Most of the vermouth producers have been in operation for a very long time. There are pedigrees there, but this background is rarely reflected in the price of vermouth. 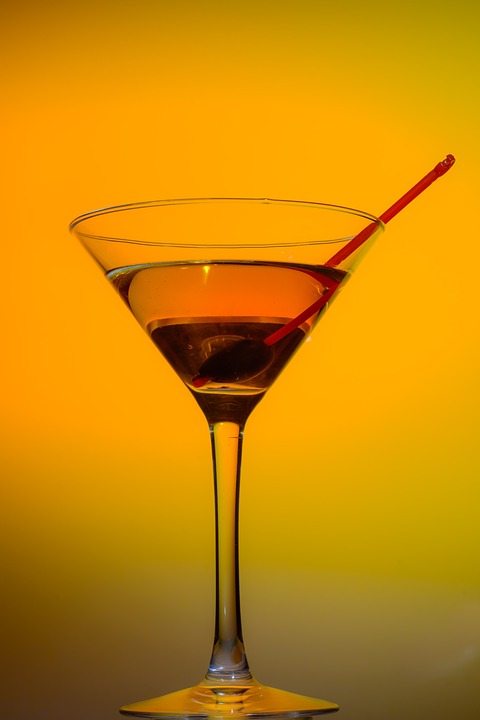 Whether you’re looking for ingredients for a Martini or looking to try some vermouth straight as an aperitif (a before dinner drink that stimulates the appetite), here are some common and good brands of vermouth you should consider purchasing:

This French dry vermouth is great for martinis. It’s very dry and comes recommended by a number of books, apps, and bartenders. It’s got the dry, dry taste many people prefer for the vermouth in their martini. It fits well with a gin martini (let’s talk about vodka martinis elsewhere).

If a dry vermouth is a bit much for your tastes, this isn’t the best choice to start out with. There are hints of chamomile, orange peel, and nutmeg. It has a delicate yet bitter finish. If you’re a fan of the dryer white wines, this vermouth will likely be to your tastes as an aperitif (drank straight). It works well as a cooking ingredient, as well, for sauces, especially with chicken, pork, or fish.

This is another French vermouth. It has a rich and varied taste. The nose features light honey, dried fruits, and florals. The taste of this vermouth has a noticeable taste of toffee. It works very well in a vodka martini (later), contrasting with the relative tastelessness of vodka quite nicely. It is also great for Manhattans. Many also recommend it for negronis. It’s also very good straight since it’s a little bit gentler than many other dry vermouths. If you’re looking to introduce people to vermouth in a martini, this is a good choice.

A bottle of Dolin Vermouth de Chambery Rouge is on the pricier end for dry vermouths, though it is still not more expensive than a decent bottle of wine.

This is an Italian dry vermouth. It’s a very lively (yet still very dry) drink. It starts out clean and refreshing, dry as you might expect, but once it’s on your palate you’ll notice hints of pine, citrus, and berries. The aftertaste lingers, but it’s very pleasant and harmonious.

This vermouth is good for martinis, though you may find it still too fruity and sweet to get a truly dry martini. It doesn’t give that classical martini taste that some people love. It’s another good cooking vermouth. It comes in a pretty large bottle and gives great value for whatever you choose or use it for.

Another Italian dry vermouth, this vermouth is a nice choice for less harsh martinis. It has a subtle aroma of anise (wormwood), lemon zest, and dried green herbs. The taste is reminiscent of eucalyptus, citrus, black licorice, and flowers. There’s enough sweetness there to take the edge of the dryness, but it’s still light and dry enough to work well in a martini. It’s nicely balanced vermouth.

This is one of those Spanish vermouths I mentioned earlier. Spanish vermouth is often overlooked since Spain’s political difficulties over the past century have made exports more difficult for them. If you can find this Spanish dry vermouth, however, don’t look past it. Much like the other Mediterranean nations of Italy or France, Spain has a lot to contribute to the vermouth world.

The recipe for this vermouth dates back to the 1800s. It has hints of ginger, chamomile, lemon verbena, mint, cinnamon, and orange blossom. It’s very smooth, especially for a dry vermouth, which can be bit harsh. It works well on its own or in a gin martini.

Dry vermouth has a lot of variety. Some of it is extremely dry, akin to drier white wines like Chardonnay, while others have more herbal and fruit tastes. If you pick up a few different brands and use them in martinis, you’ll start to be able to pick up on the difference. As you try more different kinds of vermouth, you’ll start to pick up on the distinctive tastes from Italy, France, or Spain.

Remember, good ingredients make for a good cocktail. A worthwhile vermouth can make all the difference in your martini, Manhattan, or negroni. Take the time to find the right one and you’ll be impressed with the result.