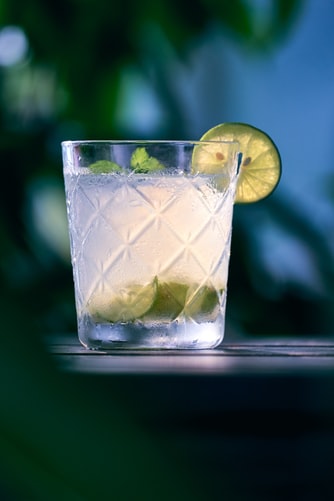 The moment you think about vodka-the flavorless and colorless spirit-your thoughts turn to Russia. Vodka is so synonymous with Russia (and Poland as well) that quality products of other countries usually go unnoticed. As a matter of fact, some of the world’s bestselling brands like Smirnoff, Absolut, Grey Goose, and Ciroc are not of Russian origin.

Apart from Russia, many other countries like Poland, Sweden, Ukraine, Belarus, and France brew world-class vodkas. Talking about France, the European nation is renowned throughout the world for its classic wines. However, a few topnotch vodka brands originate from France, including Ciroc, Grey Goose, Dragon Bleu, and Jean Marc.

Though soft white or red winter wheat is used for distilling most of the French vodkas, a few well-known brands are produced from grapes. French vodkas have a subtle taste that makes them ideal for sipping straight up or blending with other spirits.

The man behind Grey Goose, Sidney Frank, has made the vodka brand a household name in France. A relative newcomer, (the recipe was created in the 1990s), Grey Goose was designated as the world’s finest vodka by Beverage Testing Institute in 1998. Grey Goose became the most popular vodka brand in 2004 in the US with sales exceeding over 1.5 million crates.

Grey Goose tastes as good as it did originally, despite a change in ownership (Bacardi bought the brand in 2004 for US$ 2.2 billion). 100% local ingredients go into brewing Grey Goose, for instance the wheat comes from Picardy .The grains undergo fermentation in six tumbling cisterns for producing the spirit which then goes through a five-step distillation process.

Thereafter the distillate is mixed with natural spring, limestone-reinforced water in Cognac, and thereafter bottled. Grey Goose vodka comes in a range of flavors including Le Citron, Vanilla Vodka, Ducasse, Jeroboam, and so on.

Ciroc, the brainchild of the seasoned distiller Jean-Sebastien Robicquet, started its trailblazing journey in 2003. Ciroc vodka, in sharp contrast to other premium brands (that are fermented from grains), is distilled using the finest grade of French grapes. The grapes go through a five-step distillation mechanism for creating the distillate.

Fair Vodka, literally speaking, lives up to its name as the brewer goes about its business upholding fair trade practices. Fair Ethical Wine and Spirits sources the quinoa seeds (for producing FAIR Quinoa Vodka) from Bolivia. Bolivian farmers use organic farming methods for cultivating the quinoa seeds that imparts an earthy and nutty flavor to the vodka.

At the same time, the organic quinoa seeds are gluten-free, thereby making Fair Vodka completely hypoallergenic. Fair Quinoa Vodka tastes exceptional even if you drink it neat, and also doubles up as a versatile cocktail drink. Till date, Fair Vodka has bagged six global awards, which includes two gold medals.

Vodka enthusiasts and aficionados who swear by their favorite brands might be familiar with the celebrated Polish Zubrowka vodka. The well-known Polish vodka brand is distilled from the tall buffalo grass that thrives in Poland. Zubrowka inspired the director of La Rouget De Lisle distillery, Bruno Mangin to concoct a French version.

Bruno came out with six distinct herbal variations of the Polish Zubrowka, the popular ones being elderberry, pine, and woodruff. The La Rouget de Lisle herbal vodkas come in perfectly handy as cocktail bases for barmen and bartenders around the world. Of course, you can drink these herbal vodkas straight up!

Dragon Bleu produces four distinct kinds of vodkas three of which are flavored. 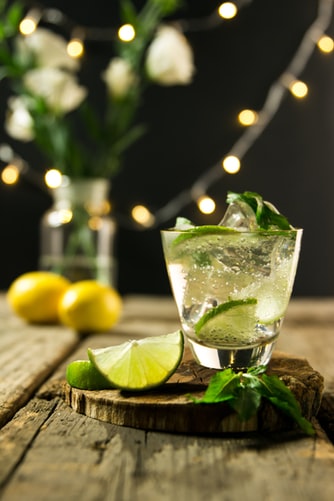 The brewing tradition of Viche Pitia goes back to 1765 when Czarina Catherine II of Russia permitted distinguished courtiers to brew alcohol. Successive experimentation and refinement of the distillation processes contributed towards creation of Viche Pitia formula.

The modern-day Viche Pitia No. 25 Classic Vodka takes advantage of the 18th century Russian recipe and other contemporary ingredients. Rye grains distilled in small stills (set aside for producing premium Cognac) produces the distillate for Viche Pitia vodka. The vodka has a crystal clear appearance with an aroma reminiscent of roasted grain and beeswax.

You’ll also be able to distinguish the flavors of macadamia nuts and rye toast.

A 750ml bottle of Jean Marc costs $58 making the vodka premium enough for using as a base for cocktails.

Natural spring water and soft winter wheat go into distilling Vodka Mariette. The vodka has a citrusy, smooth, and sweet feel to it. Handcrafted carafes used for preserving vodka Mariette adds to the uniqueness and elegancy of the spirit.

The neckless design makes it convenient for you to decant the vodka.

EKISS vodka which comes from the Camargue region of France oozes classiness and exclusiveness French champagne. Organically farmed wheat distilled in copper pot stills produces the distillate for EKISS. What is it about the EKISS that makes it so sophisticated?

Apart from the organic cultivation process, eco-friendly methods are also used at every step for brewing the vodka. A fine blend of wheat and peppery lemon notes combined with a whiff of floral comprise the aromas of EKISS.