Hot buttered rum is a cold-weather favorite made from rum, butter, hot water or cider, sweetener and various spices. (Spices usually include, but are not limited to: cinnamon, cloves and nutmeg.) This cocktail is usually associated with the holiday season. It’s warm, sweet and alcoholic, which provides all of the right kinds of comfort on cold Winter days. It’s easy to see why it’s particularly popular during the Fall and Winter. And, the drink is gaining so much newfound popularity that January 17th has become “Hot Buttered Rum Day”.

The drink dates back to the Colonial Era in the United States. Due to the drink’s versatility, many families had their own family recipe and methods for making it. A lot of colonists believed rum to be nutritious and good for the body in many ways, including the notion that alcohol could warm a person up.

There are several variations that one can make to the recipe. Some people have started replacing the butter with coconut oil in an attempt to make a healthier version of the drink. And, if you don’t like rum, you can swap it out for whiskey instead. There’s also a cocktail called Coffee Grog that’s made from it. Coffee Grog was created sometime during the 1940’s during the Tiki trend. It was usually served in a ceramic mug, overproof rum was used, and then lit on fire. I don’t personally recommend it, due to the coffee/citrus flavor, and the insane level of difficulty of the drink. But, if you would like to try it, check out this link and read all about it: http://garnishesthesizeofyourhead.blogspot.com/2016/12/cocktail-31-flaming-coffee-grog.html

One classic way to mix hot buttered rum that has fallen out of fashion is the red hot poker method. People are probably not doing this as much because they tend not to have open fires in their homes these days. But, it’s worth consideration because the heat helps to meld the flavors together. Plus, it’s just plain fun. Big, thick beer mugs and steins work well for this- the thicker the better. First, get a thick rod and let it sit in a fire until it’s literally red hot. Then, shake off any ashes and put it into your drink slowly, making sure not to burn yourself or touch the glass with your poker (it WILL shatter). You only have to leave it in for around 10-15 seconds, just long enough to swirl it around a few times.

This is a great recipe with lots of flavor and spice. There are a lot of steps and ingredients with this one, but the payoff makes it worth the effort. If it seems like too much work for you, check out some of the other recipes on this list.

There may be a lot of ingredients in this recipe, but it’s really simple and delicious. This is perfect for busy people, novices or chilly weeknights after work.

This is a great recipe for when you’re making one drink at a time. There’s a bit less butter in it than other recipes, and a bit more rum, so if you find that it’s too strong for your liking you can play with those numbers a bit.

Trader Vic created a recipe for “Hot Buttered Rum Batter”, and said this about the typical hot buttered rum recipe:

“As usually served, it is a weak little noggin with bits of butter floating on top which look good stuck on the customer’s upper lip. I urge the use of a batter in order to make fine drinks.”

Lots of people prefer to make hot buttered rum batter, not only because it can create a different texture, but because it’s easier to make several drinks at one time with it. In fact, most bars and catering services that serve hot buttered rum in mass quantities prefer this method. It’s easy to create a log out of it by putting it on some plastic wrap, shaping it into a 2-inch thick log, wrapping it up and storing it in an air-tight container, then either freezing or refrigerating it. When you’re ready to make drinks out of it, you simply slice off a piece or dole out spoonfuls, add rum and hot water or cider, stir and serve.

This recipe is great, not only because it’s a little sweeter than traditional hot buttered rum recipes, but because of the ice cream. The ice cream adds a smooth, creamy consistency to the drink that it ordinarily doesn’t have. In this instance, you could probably substitute coffee for the water and come out with an excellent way to start your day. 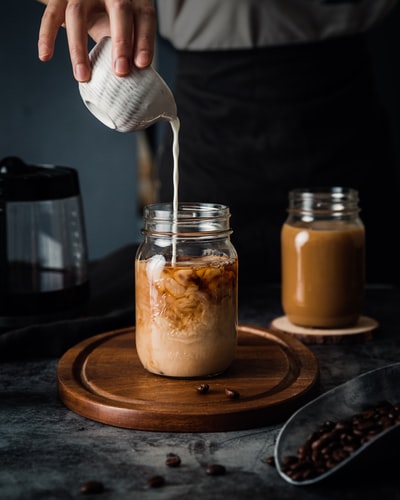 Although this recipe won’t have the creamy texture of the other one, it will come out closer to a traditional hot buttered rum, with a little extra flavor and sweetness.

Hot buttered rum is a time-honored tradition in the United States, and a personal favorite of mine. I find that dark spiced rums work really well in it. I once used a variety of cherry rum to make a cup, and even it was good, much to my surprise. You may have to experiment a bit to find the brand and variety you prefer. But, no matter which ingredients you use, there’s really no way to screw up a nice warm cup of hot buttered rum, which is what makes it such a splendid drink.