They are stubborn, take a big ego on their culture, speak with that heavy tone and accent and mostly funny. Many more interesting characteristics define the Irish but what is more exciting is the way they enjoy their drinks especially the beers. Ireland is the land which gave the world some of the most loved delicacies we can see around. The mashed potatoes and corned beef sandwich along with their whiskey and the beer. You name it they drink it! The Irish enjoy their beer and love, making merry and cheering with their mates in the local pub. This is how they de-stress themselves not only at the weekend but also in the regular working days as an Irish person will never compromise with their pub time.

The Irish people have got the gift of gab, so a drinks date with them will never leave you stuck in any boring conversation. This is all stimulated mostly because of the heavy, sturdy and adventurous,  beer going inside, and with the vivid variety of stories they live to tell each day, Irish people get past the daily challenges and stress is just another emotion for them.

With the St. Patricks day around which is the most holistically celebrated day in Ireland and people participate in parades, sharing foods with each other with lots of dancing singing and especially drinking to their heart’s content painting the street green. Ireland is amongst the top countries in term of consuming beer, and the Irish people take a huge pride at being called heavy drinkers. Here is a list of top beers Ireland brewed for the world

The Murphy’s as it is generally known is a stout brewed at Murphy’s brewery in Cork, Ireland and is owned and distributed by Dutch Heavyweight brewer Heineken International.

The beer is brewed to be less heavy and less bitter than its arch rival The Guinness. The flavor is a redolence of malt and caramel, and because of its close resemblance in terms of the texture and color, it is considered as the distant cousin of the chocolate milk. Somewhat or very less carbonated drink  people love to have it to keep a clear mind

It was first brewed in 1856 by James J Murphy and his brothers after they established The James J Murphy & Co. brewery in Cork. It has an alcohol volume of 4%, and the final taste and delivery look like a strong black coffee.

Had a rough day and just need to chill to throw those tantrums from your head!  You need a crisp, refreshing light beer and the Irish wheat from the O’Hara’s brewing company is the beer you need. The O’Hara brewing company is also popularly known by the name of Carlow Brewing company which is an Irish craft brewery located in Bagenalstown, County Carlow Ireland and is one of the largest breweries in the country.

In 1996, Seamus O’Hara along with his brother Eamon established this brewery seeing the wide range of craft beers available in The United States and other parts of continental Europe.

This beer is made with an exciting fruity punch of plum, peaches, and bananas blending with traditional hops giving this wheat ale a smooth texture to chug it down! It has an alcohol volume of 4.3%.

The Ruby red color is the eye catcher of this Irish Ale. This beautiful Ale was first produced in 1710, brewed with passion and seasoned with history with Diageo being the primary distributors.

Produced by the Smithwick’s Brewery which was founded by John Smithwick in 1710 at Kilkenny. In 1965 it was acquired by Guinness and now a part of Diageo. The original Smithwick Brewery was shut down in 2013 and is now a Visitor experience.

This is Ireland’s most loved ale and has stood the test of time for about 300 years.  The taste is a  blend of mild bitter hops, the sweet malt the hint of roasted barley and thus provides a  refreshingly balanced flavor. This beer has an alcohol content of 4.5%.

You have heard of Oysters in seafood platters, or in an ornament and naturally in the bed of the sea. Surprisingly your favorite beer also has oyster in them. Oyster Stout is the dark classic semi-sweet beer brewed using actual oyster shells. This beer is put in the category of the sweet stout alongside its dark British counterparts The milk stouts and the cream stouts.

With an alcohol percentage of 4.6%, the Oyster Stout is brewed by the Porterhouse Brewing Co. This beer is the bestseller from the brewing house with the Oyster giving it the mild sweet taste and the smooth texture and the blend of some strong dark malts giving the classic roasted feel overall producing an overwhelming flavor.

The name has a myth attached to it. Ireland is a country of history, legends, and stories and according to one such ancient myth White Hag is the name of Mother Nature, and she provided the essential elements constituting Land, sea and water. So, this is just a homage paid to her for shaping the products we take from her

Coming back to the beer, this is easy to chug American style session IPA brewed with 100% Irish malts and layered hops which are famous for their versatile fruity aroma. This is not a for a big alcoholic hit but a soothing smooth fruity flavor with aromas of grapefruit, passionfruit and blueberry balancing it with a mild bitterness! Brewed by The White Hag Brewing company and has an alcoholic volume of 4.2%. 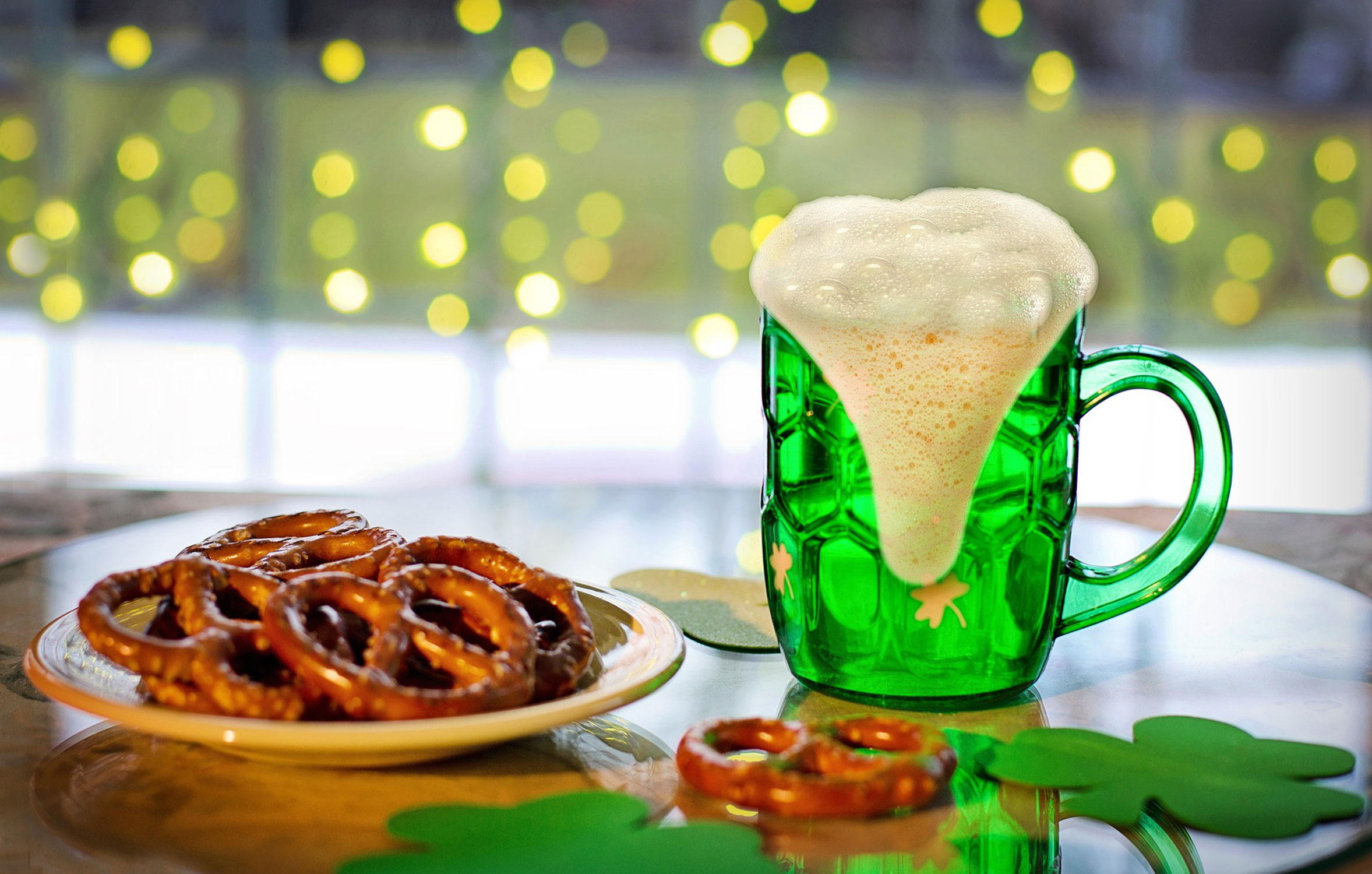 The famous Beamish and Crawford brewery was started by Richard Beamish and Richard Crawford in 1792 at the heart of the Cork city, and the Beamish Stout is still enjoyed by the folks in every corner of Ireland. It gives a rich, exquisite roasted flavor and a beautiful shade of dark chocolate and a coffee.

It is created by molding the original Beamish yeast and first produced in 1792. It has a high alcohol content as compared to other beers in the list with a volume of 7.2%.

Guinness created this Irish Lager in 1960 in its great Northern Brewery in Dundalk. Has a good alcoholic content of 5% and brewed by Diageo. The lager gives a clean, rich taste and is very popular in the province of Ulster but ironically a little less popular in the rest of Ireland.

It is light in color and and smooth, crispy in taste is very highly favored in all fo Europe.