The moment you think about Jamaica, your mind is replete with visions of sandy white, sun-kissed beaches stretching along miles. Jamaica is one of the most visited tourist spots in the Caribbean, attracting over 2 million visitors to its shores annually. If you’re planning to visit Jamaica, make sure you visit a few of the several beaches dotting the island.

You bet you’ll be able to make the most of your time spent on the seashores while swigging on a Red Stripe, Dragon Stout or a Carib Lager. Jamaican beers may not be as popular as German lagers, Belgium beers or UK craft beers worldwide but some local brands will definitely catch your fancy. Though Red Stripe is Jamaica’s most popular and ubiquitous lager, you’ll come across several other quality beers, if you care to explore.

Each and every island in the Caribbean has its own exclusive pale ale besides the international favorites (Guinness Foreign Extra Stout and Heineken’s Pilsner), including Jamaica. Here’s a rundown of Jamaica’ top 10 beers.

On sipping, you’ll be able to make out the aromas of cornbread layered with an understated scent of almonds. At the same time, your nose may also pick up whiffs of candy apple, grains, and a dash of hoppy malts.

Besides the Red Stripe, Desnoes and Geddes brewery produces a stout-styled beer-the Dragon Stout-also a big hit with the locals. Dragon Stout appears mostly black with subtle shades of brilliant red, mahogany, and brown. Deep foam forms at the top on decanting that remains for a while. If you take a strong whiff, you may discern two distinct layers of scents.

Lion Heart Stout brewed by Big City Brewing Co Ltd. is a milk-stout styled beer having a characteristic deep black hue. The lager happens to be a purebred Jamaican stout with a smooth taste, a bittersweet flavor, and a robust body. Many drinkers have reported the Lion Heart Stout’s flavor to be mild with understated hints of coffee, dark chocolate, and dark chocolate.

You’ll be amazed that this beer when decanted into a tulip glass or Snifter does not carbonate. The lager has a frothy head with a good degree of lacing. The nose is a fair blend of grains, roasted malts, coffee, and dark chocolate.

The man behind Razz Breweries Jamaica Ltd-Roy DeCam-has singlehandedly built the brewery located in Kingston, Jamaica’s capital. Razz Hard has been actually built on the premises of Big City Brewing Company that closed down over a year ago. Big City was a well-known brewery that brewed some celebrated brands like Lion Heart Stout, Roots Malta, and Real Rock Beer.

DeCam’s Razz Hard now ferments the beer brands that made Big City one of the topmost brewers in Jamaica. The best grades of Jamaican ginger, rum, cane sugar, and cascade hops go into producing Razz Hard Jamaican Ginger Beer. This lager has a very strong ginger taste that lingers long after you’re through with your drinking session.

An American amber/red lager type beer, the Real Rock Premium Red Lager used to be brewed by Big City Brewing Co. The Real Rock appears golden and tends to be a shade darker compared to Carib Lager and Red Stripe. Foaming happens to be remarkably decent that stays for about 5-10 minutes.

Many beer aficionados have found the Real Rock’s tang to be superior to Red Stripe premium lager or Dragon Stout. One can discriminate the robust notes of hops and sweet malts with modest indications of citrus. This is one Jamaican beer brewed in the traditional European style, lending to the lager a full bodied taste.

The Carib Lager, an American adjunct-styled beer produced by Carib Brewery Ltd, has a clear golden yellow color. This lager forms a smooth and feathery whitehead top and has a very low level of carbonation. The flavors on the palate comprise a combination of malted barley, citrus, and roasted hops.

The Carib Lager has been around since 1950 and this beer more often than not symbolizes everything Caribbean. The variety of flavors has a balance that does not overwhelm you but rather refreshes you up. Carib Lager’s rejuvenating appeal makes it a highly sought after lager not only in Jamaica but throughout the Caribbean.

The Desnoes & Geddes brewery, a household name in Jamaica, also makes the Guinness Foreign Extra Stout which is another of the island’s staple beers. Guinness is unquestionably Ireland’s most reputed export and Jamaica is one of the select destinations that brew the lager locally. Decanting the beer makes its opaque black color and stout beige top distinguishable. 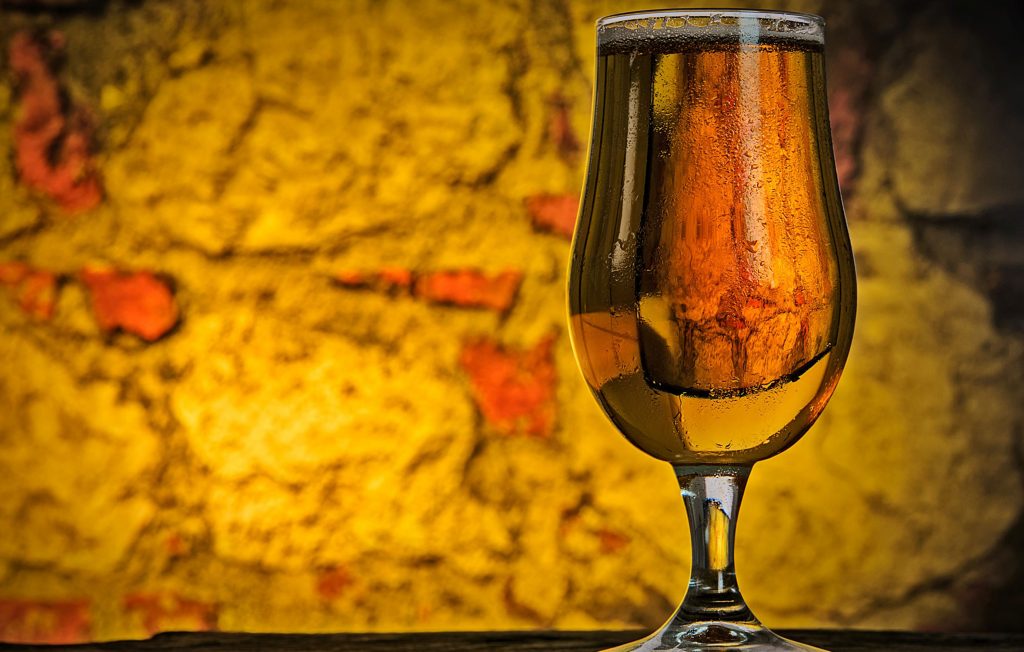 Gong 71st is a fruit beer produced by Desnoes & Geddes, and is a primarily a lemon flavored lager. On pouring the lager beer in a glass, you see its lucid yellow hue and the small foamy top. Gong 71st was launched to pay homage to Bob Marley, one of Jamaica’s most famous personalities. The aromas of lemon, sugar, ginger and earthy grass predominates, leaving behind a moderately sweet aftertaste.

A product of Razz Hard Breweries, the Jamaica Stout has a dark brown color with sweet aromas of butterscotch and malts. The head is thick tan with lacing that stays for some time before dissipating. The chief flavors are layered with notes of raisin, dark bread, toast, cocoa, coffee, and milk chocolate.

Of all the beers fermented by Desnoes & Geddes, Dragon Gold is one brand that hit the market only a few years ago. Dragon Gold is a pale ale style lager, blended from hops, roasted malts, and pilsen. The lager has a dark amber hue and exudes aromas of light hops and caramel malts.