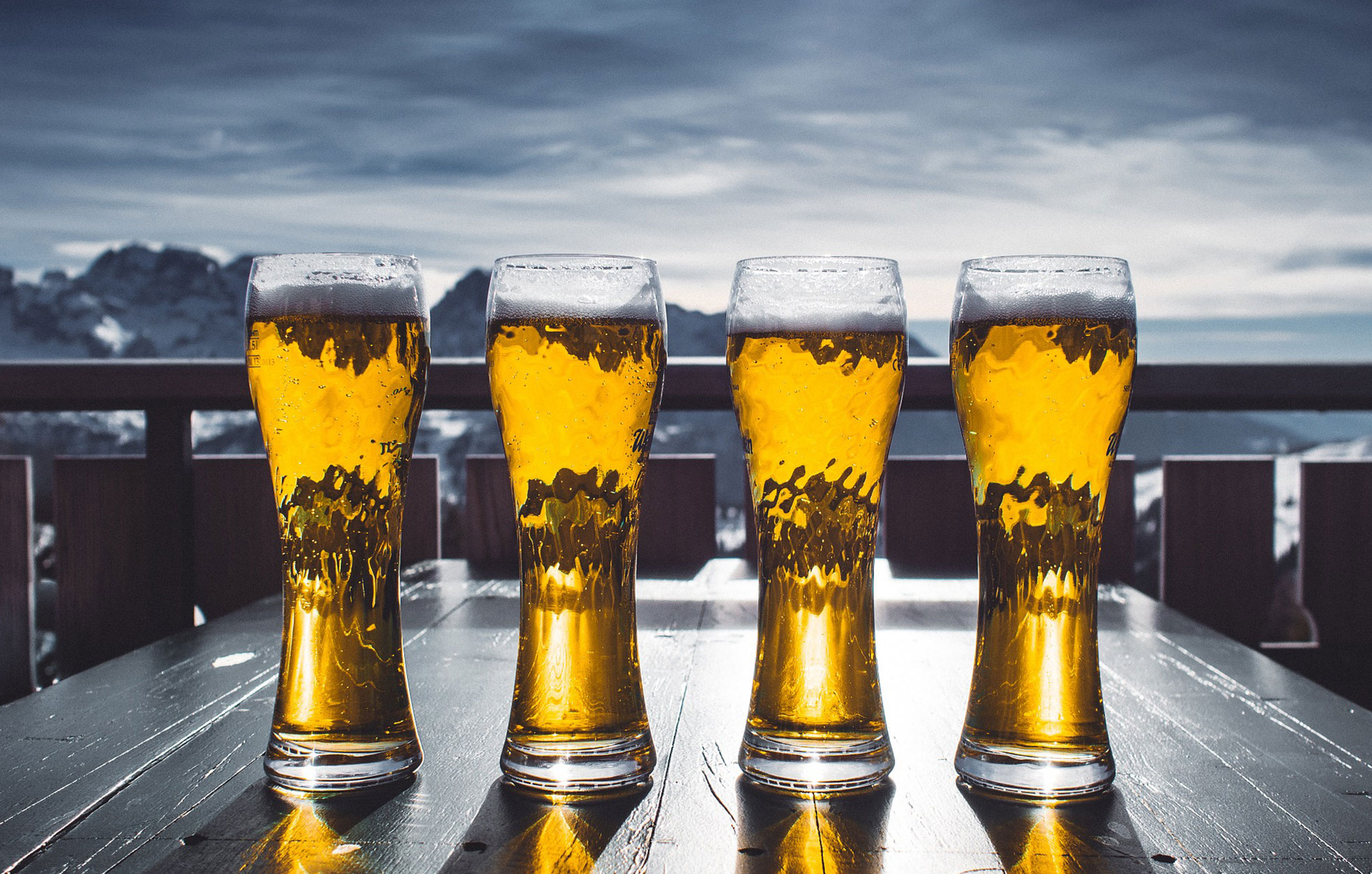 6 of The Best Kentucky Bourbons

Talking about American whiskies, bourbon is as American as it can get. Russians have their vodka, Scandinavians rave about their akvavits, the French never tire of bragging about brandies, and the Scotches claim their malt whiskies are beyond compare. By the same token, Americans go gaga over their bourbons, Kentucky bourbons to be precise, majority of them averring that sipping bourbon at least once in your lifetime is a must if you consider yourself to be a true American. Of course, bourbon does not need to be brewed and bottled in Kentucky to make the grade as bourbon.

But there’s no disputing the fact that the best US bourbons hail from the Bluegrass State-Kentucky is widely believed to be the birthplace of bourbon where the alcoholic drink deemed as US’s ‘native spirit’ has been distilled for more than two centuries. European colonizers that settled down in Kentucky may have carried their stills along with them for distilling corn available aplenty in the region. Now, why bourbon is called bourbon?

Majority of whiskey connoisseurs and historians are of the opinion that the spirit got its name from Bourbon County in Kentucky from where barrels marked ‘bourbon’ were ferried across Mississippi and Ohio rivers. Bourbon gets its unique amber brown color and flavor (varying from oak, vanilla, and caramel to spicy and sweet depending upon the grain used for distilling) from the charred oaken casks and barrels where the liquor is aged for months.

Here is a roundup of the 6 best Kentucky bourbons that you can choose from for relishing as an aperitif, without burning a hole in your pocket.

1792 Small Batch Bourbon gets its name from the year when the Bluegrass State came to be officially known as Kentucky. The batch was originally called ‘Ridgewood Reserve 1792’ but owing to a patenting issue, Barton replaced the words ‘Ridgewood Reserve’ with ‘Small Batch’ and name of the bottling has remained intact. The Barton 1792 Distillery is sprawled across a 196-acre area in the hub of bourbon country.

The distillery has the infrastructure to stock 2,000,000 bourbon barrels which in turn can fill 530 million bottles. The bourbon is malted mostly from rye. You’ll be able to slowly and gradually discern the subtle notes of oak and butterscotch tinged with robust flavors of caramel, vanilla, and spices.

The official website of Pappy Van Winkle’s proudly claims that ‘no other bourbon today can stand 20 years of ageing, but this bourbon does it with style’. And surely, there’s no better way of extolling the virtues of the Pappy bourbon that has been sitting in charred oak casks for nearly two decades. The persona of the Pappy is as charismatic and captivating as its creator which makes it one of the most sought after bourbons in the US.

Bourbon enthusiasts and connoisseurs have reported that a Pappy bottle is remarkably inaccessible and the company has confessed the same. Quite interestingly enough, the distillery is not at all keen to step up production in order to close the demand-supply gap. In case, you’re seriously considering sourcing a bottle of Pappy, be in the know that the bourbon will set you back by over $850.

You can distinguish the 20-year-old bourbon by its dark amber hue with a hint of dark orange. Each and every sip effuses undercurrents of coffee, Havana cigars, minerals, smoke, and oiled leather.

The Woodford Reserve Double Oaked Bourbon is first aged in an intensely charred oak drum, and then shifted to mildly charred but deeply toasted casks that imparts to the whiskey its exclusive sweet oak, caramel, honey, and creamy aromas. Woodford Reserve, the distiller of this double oaked bourbon, considers the grain, distillation process, ageing technique and time, and fermentation as the five key elements that imbue the whiskey with the distinctive tangs and aromas.

The bourbon’s deep amber color is very much distinguishable when you pour the liquor in a highball glass or Collins glass. When you take the glass close to your nose and sniff, you’ll be able to make out notes of baked apple and spice cake. As you roll the liquid on your tongue, you feel the essence of creamy caramel followed by notes of chocolates, oak, and espresso.

You’ll be simply blown away by the headiness of the ‘Kentucky Straight Bourbon Whiskey’ by Knob Creek. The full-bodied zest of this bourbon will keep you inebriated for hours, and you’ll become addicted to the intoxication that this whiskey delivers. The best grade of rye is selected for distilling the spirit and thereafter the distillate is matured in heavily charred white oak casks to pass on the inimitable sweetness and richness.

The ‘Kentucky Straight Bourbon’ has a typical medium amber- to-copper hue while the taste reminds you of orchards and woods. The aroma is a fine blend of oak, grains, and nuts and the finish is glowing and rich. 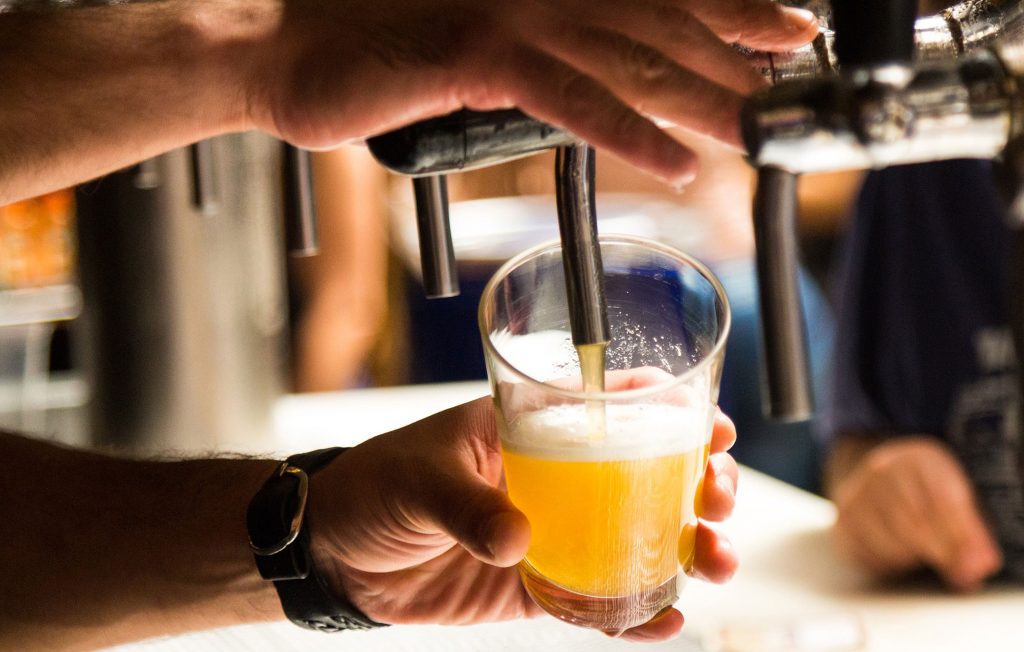 Malted from cent per cent corn mash, the Hudson Baby Bourbon Whiskey was arguably the first whiskey to be distilled and fermented in New York. The best grades of bourbons are obtained from superior breeds of corn, and the Hudson Baby Bourbon fermented by Tuthilltown Spirits Farm Distillery effortlessly makes it to the ‘list of bourbons refined from 100% corn’. If you like your whiskey sweet, you’ll surely warm up to this bourbon.

The whiskey is aged in small barrels which offer the liquid a greater contact surface area. The result is a amber colored sweet bourbon with robust notes of roasted corn and marzipan.

Basil Hayden’s whiskey has been around since 1796, just 4 years after Kentucky became an US state. The bourbon has been named after specialist distiller, Basil Hayden. The recipe for brewing the Basil-corn base with a blend of small grains like rye-has remained unchanged over the centuries. The spicy notes of the liquor is judiciously counterbalanced with nuanced notes of herbs, particularly peppermint, and fruits.