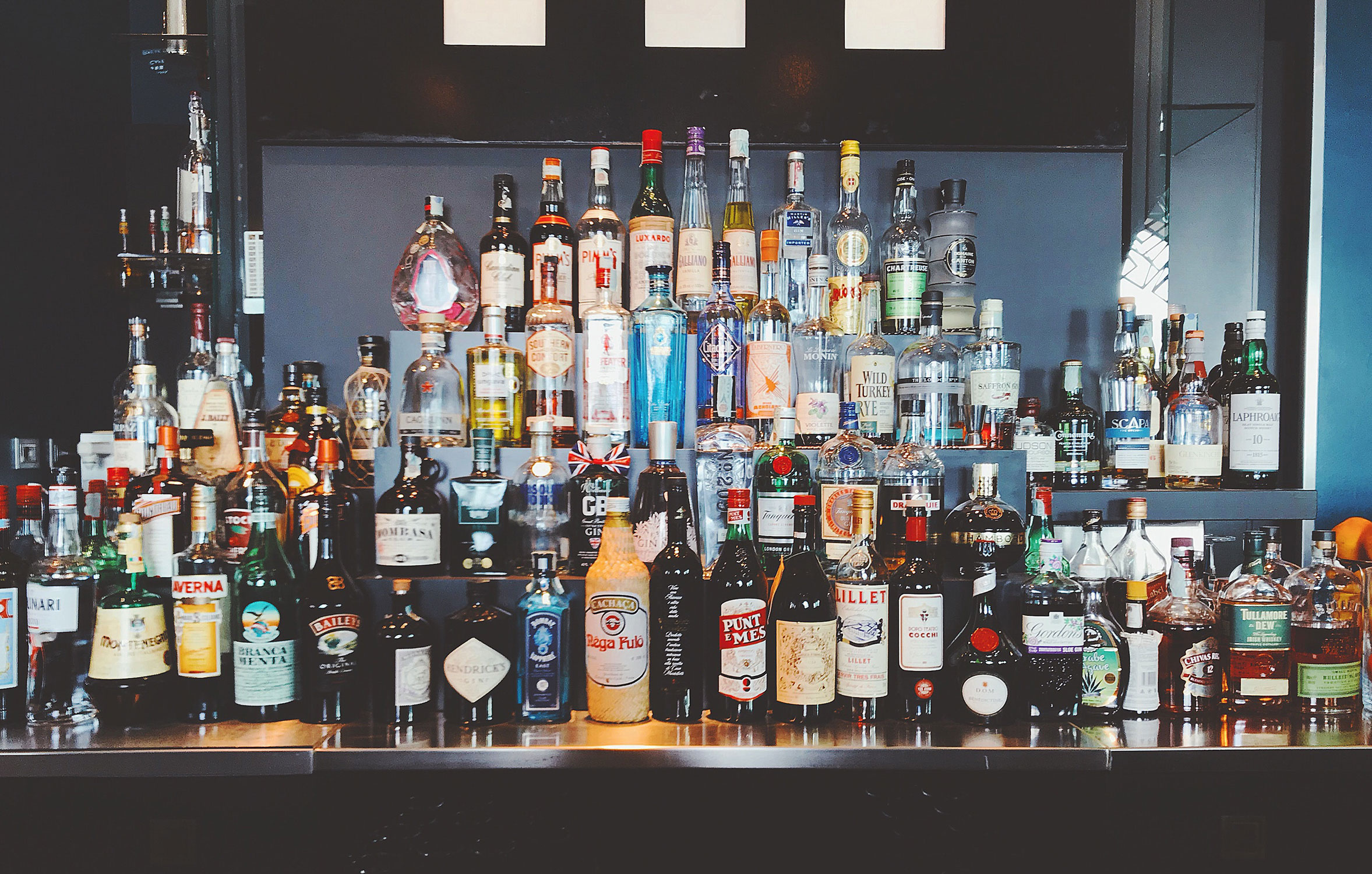 Ask a legal adult about the time they had their first drink of alcohol. In America, more than 80% of adults surveyed by the NSDUH (National Survey on Drug Use and Health) say they’ve had a drink at least once in their lifetime, so most people have a story. One of my favorites comes from my great-grandfather, who once played hookie to smoke cornsilk (yes, cornsilk) and drink moonshine with his buddies in their small farmer town in Pennsylvania.

Mine is less colorful and involves a high school friend making a movie for her short film class. She wanted to shoot some scenes at a typical high school party, and so decided to throw one at the house of one of our classmates while his parents were out of town. As an extra in the film (the final product ended up being ten minutes long, shot on one of those antique video cameras of the early 2000s), I took my first vodka shot in order to give a believable performance.

I ate all the host’s frozen M&Ms and passed out on his couch and didn’t let the fact that the party was literally staged for a school project stop me from feeling very cool and grown-up. I even convinced myself that I had real hangover symptoms the morning after my single shot.

While most folks in the U.S. have tasted alcohol at least once in their life, that same NSDUH survey shows that only a little more than half of the adults questioned had a drink in the past month. Another survey, this one by the World Health Organization, shows that more than 30% of adults who used to drink haven’t done so in the past year.

What’s with the decline? Several reports support the fact that Americans are drinking less than they did in the mid-1970s and 1980s (in 1980, alcohol consumption per capita spiked at nearly three gallons of ethanol per person per year).

Even in the U.K., where heavy drinking remains a cultural bastion, folks are drinking less – especially young people. In an interview with The Independent, mindful drinking expert Laura Willoughby said that young people “are far more conscious of their health and diet, the quality of their nights out (vertical drinking in any old pub is just not good value for money), and are more likely to spend cash on fewer ‘really good’ drinks. They don’t want a digital footprint of drunken photos to follow them as they enter the world of work.” 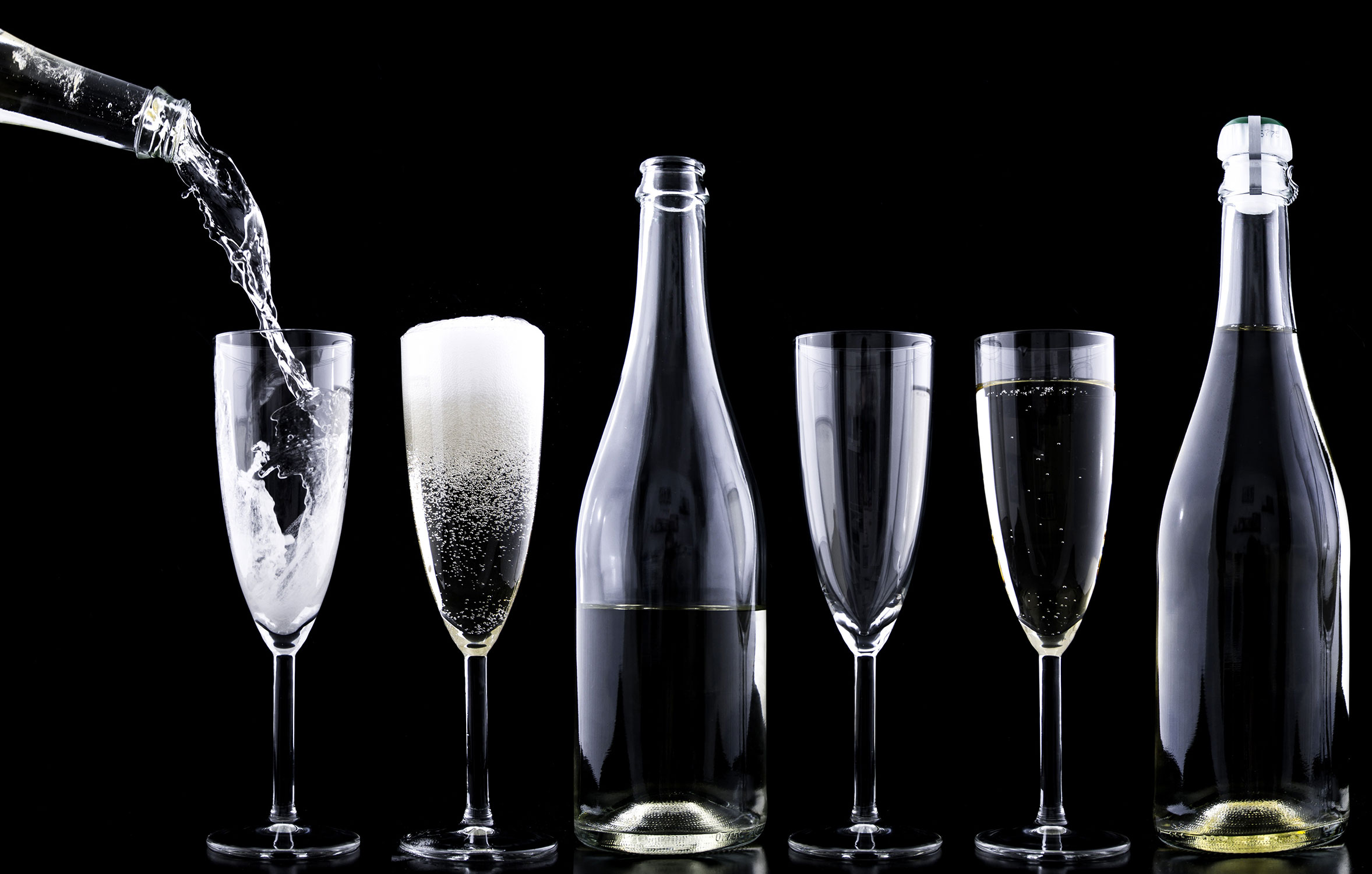 I still qualify as a “young person” even as I approach the outer limits of the 18-24 age range and I can attest to Willoughby’s claims at an anecdotal level. I’ve had nights worse than that first high school “party” – and I’m sure I still have rough nights ahead of me – but for multiple reasons (mostly, the wisdom and limited budget that accompany 24 years of age) I find myself drinking less alcohol than I did at 18.

Thankfully, even the makers of the finest champagnes are sensitizing to this trend and producing some high-quality, non-alcoholic options. On most nights out, substituting a coke for a whiskey coke or a club soda for a beer works just fine, but those special occasions where champagne is involved demand a more festive non-alcoholic choice. We’ve compiled a list of the best non-alcoholic champagnes and sparkling wines your money can buy.

Sutter consistently found themselves at the top of the expert’s lists – and it’s no surprise why. Green apples and ripe pears linger in the aroma of Sutter’s alcohol-free sparkling wine, and its taste is just the right balance of sweet and dry with notes of berry and peach. Pleasant and refreshing, Sutter’s is the kind of guilt-free choice that livens up any special occasion, while ensuring things don’t get too lively.

This California-sourced option features grapes from Weibel Vineyards and flavors of apple and peach. This is a crisp selection that its makers say works well with orange juice for an alcohol-free mimosa, so even the designated driver can enjoy Sunday brunch.

Don’t be fooled – Martinelli’s isn’t just for the kids’ table anymore. While not actually a sparkling wine, we still prefer the delightfully old-fashioned label and homespun elegance of Martinelli’s sparkling cider, even next to some traditional hard ciders. Its bubbles add fun and pep to any get-together. Martinelli’s is another California company that’s been around since the 1800s, so trust them to know what they’re doing.

This true French classic coming out of the Languedoc-Roussillon region smells of blueberries and is made from chardonnay grapes. Pierre Chavin has become a leader in alcohol-free wine production, and his Perle Bleu is the true pearl of the collection.

Botonique is an intriguing new company founded by a mixologist looking for a fresh alternative to alcohol-free sparkling wines. The Botonique Original involves flavors from herbs, spices, citrus and healthy botanicals like ginseng and milk thistle seed – it even has added vitamins and minerals, so that enjoying a drink of this dry and complex option is actually good for you. Be aware that Botonique boasts a self-described “love it or hate it” taste – but we believe that if you give it a chance, you’ll learn to love this unique non-alcoholic sparkling wine.