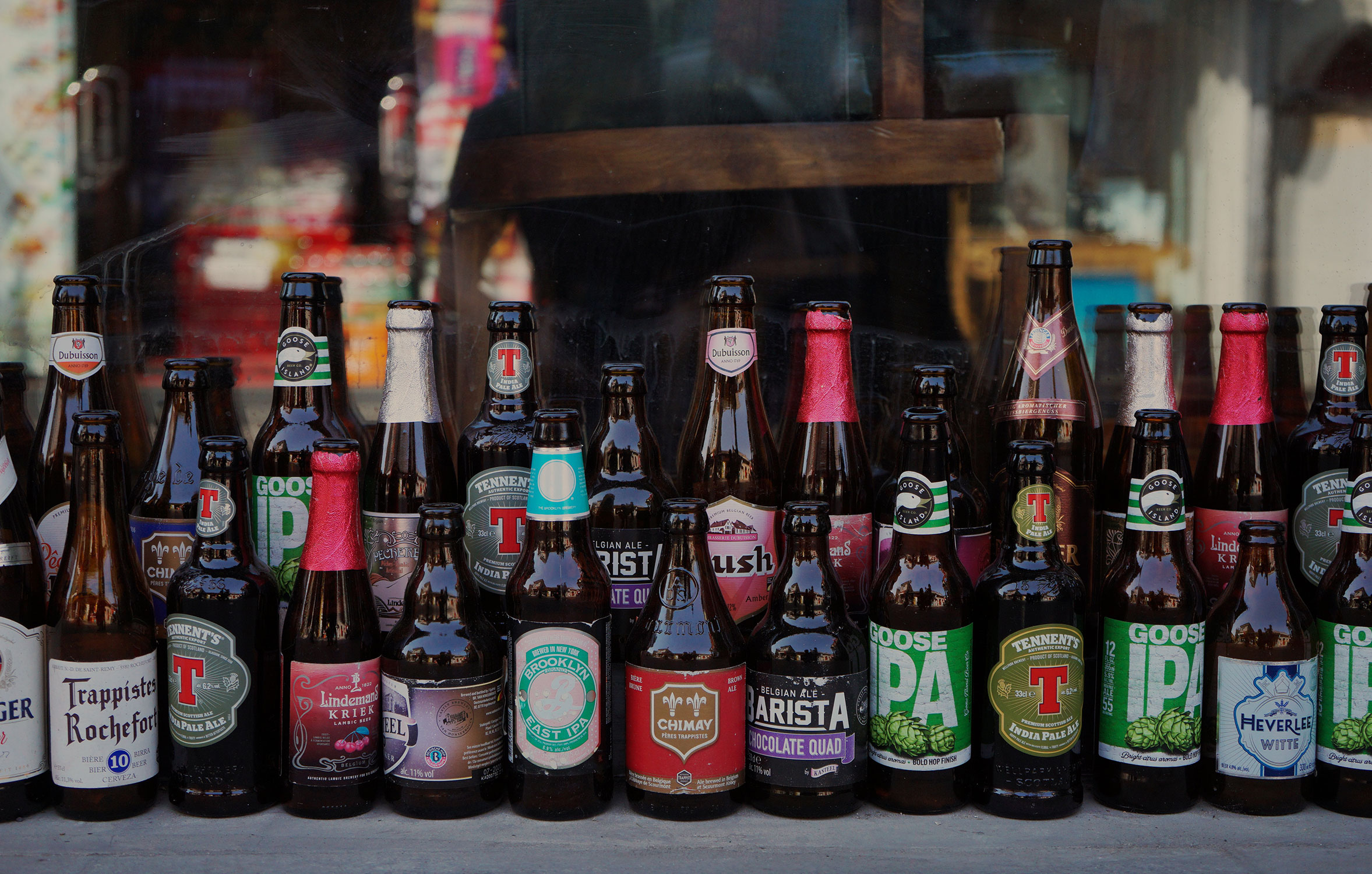 Scottish whiskey might have gained worldwide popularity, but beers in Scotland are not far behind in the context of their unique taste. Apart from having a remarkable accent, kilts, haggis, pub-lined streets, and bagpipes beer is one more famous thing in Scotland. It is brewed, tasted and perfected from as long as 5000 years since Neolithic times using Barley and other herbs. However, hops replaced aromatic plant by the end of the 19th century. The Scottish beers are generally malty and dark in color. Most of them have a hint of smokiness that is derived from using the peat malt. Scots love to drink and thus they make great beers making Scotland home for great beers of all times.

The most popular beers produced in Scotland are India Pale Ale and Scotch Ale. Some other favorite beers in Scotland are Orkney Dark Island Reserve, Harviestoun Ola Dubh, BrewDog, Mikkeller, and many others.

There is a number of beers that Scottish love. Here are the top ten beers famous in Scotland as their name remains on everyone’s lips when asked about the best Scottish Beers.

Barley wines aren’t for everyone’s taste, but Old Norway appears to be good for those who have tasted it. Packed with sweet British malt flavors, vinaceous and thick like a dessert wine Swanny’s Old Norway has a reddish golden color. It receives the distinct sipping experience through American hops which offer the drink an orange burst and viscous pine finish. It tastes and smells like a fruit cake whose booze reminiscence wildness of sea surrounding the Orkney Island.

The perfect golden summer ale is best for a happy, laconic summer evening in the beer garden. The fruity, refreshing and aromatic taste that comes from the refreshing hoppy drink gives a lovely infusion with elderflower. The bright golden color is a preparation of lager malt, Amarillo, Cascade & Nelson Sauvin hops that bursts in with the character.

Fyne Ales make use of abundant of Scottish rain to brew superb real ales at permissible alcohol strengths, and Jarl is its most famous creation. Brewed for the first time in 2010, Jarl is the best preparation of Fyne Ales. It is a light beer, with hopped Citra that comes packed with refreshing flavors of citrus and the bitterness of dry grass which build gradually through drinking. The beer is enjoyable with shellfish. It won the prestigious awards including the Champion Beer of Scotland in 2013 and Champion Golden Ale of Britain at Great British Beer Festival.

It is sturdy, dark Scottish ale, which is a viscous, piquant brew, full of sweet toasted malts and soft bitterness. The rich dry flavor of the fruit is straight-to-head and makes it a perfect warming drink for winters. If you are desirous of getting extra heat check out for a seasonal werewolf, it’s the wolf with added bite of habanero chillis.

Deuchars IPA is iconic which is evident from the awards it received. It won numerous awards including World Champion Cask Ale and CAMRA Supreme Champion Beer of Britain. The IPA is rich in taste and gives refreshment for a more extended period. It has a solid gold color and intense aromas with a hint of fresh citrus. The refreshing hoppy drink perfectly goes with spicy dish curries or anything with a kick. It also pairs brilliantly with shellfish, meat, and cheese.

Dark Island is unique, delicate and sophisticated. It exhibits ripe and fruity chocolaty nose. Dark Island has balanced flavors of dark coffee, figs, nuts, and dry fruits. It is an iconic beer which is standard to be traditional Scottish Ale. It has a very appealing and lingering aftertaste of fruits and mild bitterness of hops. The Dark Island also won CAMRA’s Champion Beer of Scotland. 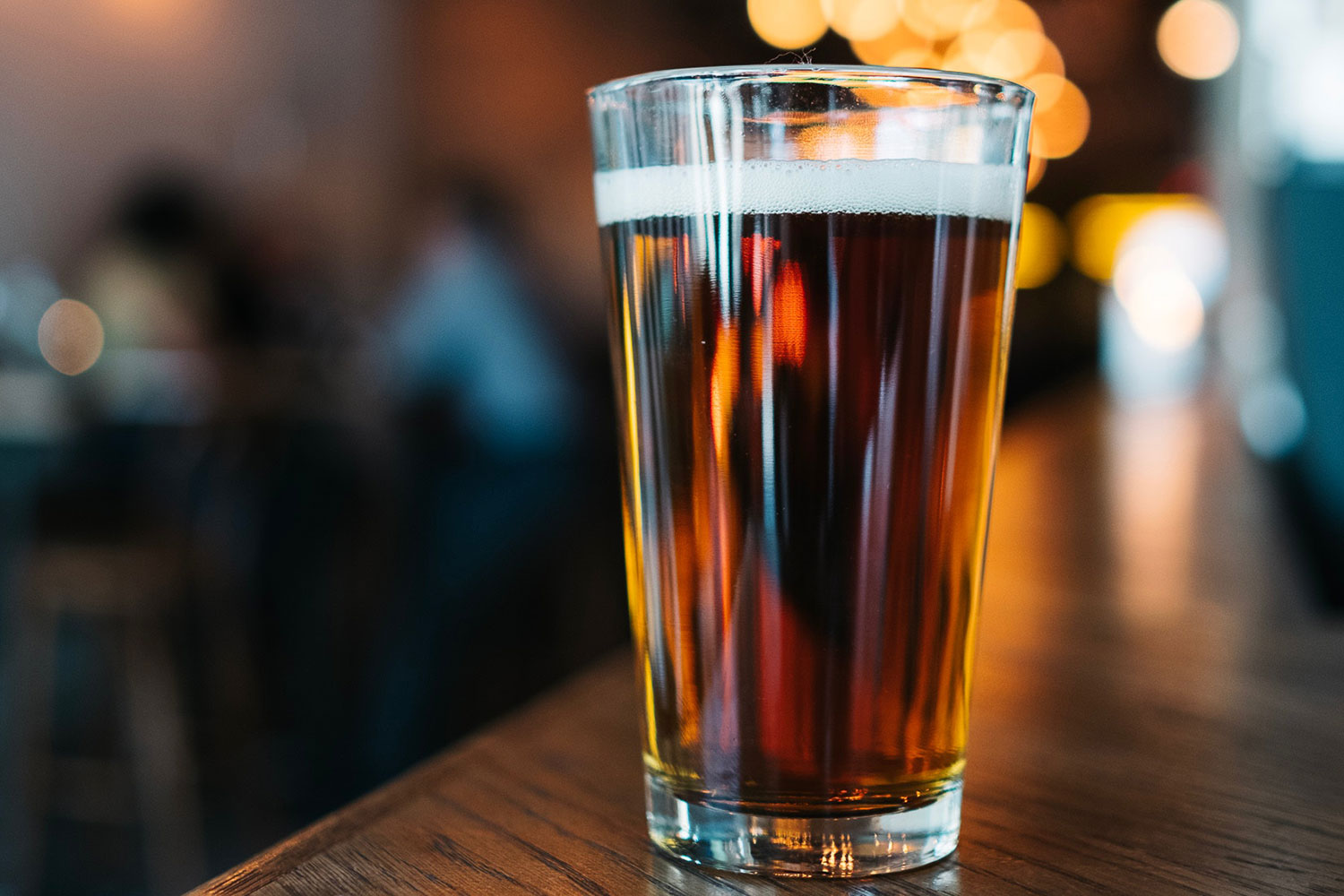 The Westbrook Brewing Co. brewed the Mexican Cake for the first time in 2012 to celebrate the completion of its first year as a microbrewery. It became so popular among folks, that the brewery decided to prepare it every year for the beer lovers. It has a massive, lasting brown head and gets ready with the help of cocoa nibs, cinnamon sticks, habanero peppers, and vanilla beans. Sweet with a fiery hint predominates the taste of chocolate, roasted malt, coffee, caramel, and alcohol.

Elvis Juice, the IPA that was the forefront of the current trend for grapefruit infused juice. It gets build up with the malt base that accentuates due to grapefruit peel extracts and the American hops ad the citrus notes that sprays full zest in the senses. Elvis Juice puts grapefruit at center stage. Piney and Orange flavor tailgate the massive taste of grapefruit note. All the tang hovers on the caramel malt.

It is the slow-kilned ale malt which the brewers selected to craft a malt backbone complemented beautifully by heady hop aroma of orange citrus and zesty lemon. The Cask Ossian won Champion Beer of Scotland award among many others. The simple ingredients of Ossian bring you again and again towards it. The Inveralmond brewery product has a pure and pleasant brilliance of gold. The aromas of Butterscotch, bread, and mint greet your friends and guests while the gleeful brew offers the rich blonde which is satisfying flavor pack full of fruits, butter, nut, vanilla using distinct hop varieties that balance the bold bitterness with creamy sweetness.

A heap of New Zealand hops hauled to East Scotland to channelize the fruity flavors in pale, straw colored ale. Each gulp induces reminisces of fresh grass meadows with mango, passion fruit, lychee, and citrus pockets before a spruce-tinge bitterness that paves the palate. It looks as if the landscape of New Zealand got cultivated into the glass of Ka Pai. It is an inspiration from crisp and refreshing beers of South Pacific. The drink is as zingy as high volt lemon sherbert.

These beers are just a drop in the ocean of beers in which the Scottish people plunge. Many drinks are still waiting on the list and a few more that are yet to discover. Beer is a pretty big business in Scotland. With over 100 breweries across the country, the varieties and quality of Scottish beer are far more superior. The continuous experiments with beers made the brewers to evolve better tastes. From Stewart brewing to Williams Bros Brewing Co. there are some of the top brewing companies in Scotland that serves the Scots with best beers of the times. It also gets exported as the ones who are fond of beers are crazy about the taste of Scottish Beers!