There is nothing more refreshing than an ice cold beer on a scorching summer day, summer time is beer time plain and simple. No matter where you are or what you’re doing during the summer a beer and some friends will always make it better, so you want to make the most of every minute of it. The best way to do that is to find the perfect summer beer for you and this guide will help you do just that. Taking you through a tour of the top 7 summer brews so you can soak up every bit of that fun in the sun.

While most people know Samuel Adams for their wide range of fall and winter lagers, the big time brewer with craft beer mentality also offers a great drink for summer. Their summer wheat ale offers an interesting mix of lemon citrus cardamom that goes down with a kick of pepper. It’s a unique mix of flavors that you won’t find any other summer brew on our list and a perfect choice a BBQ. Pair it with a steak or burger fresh off the grill.

An update on the Stone Brewing Companies original Stone Pale Ale, San Diego County’s first brewed-and-bottled beer, this pale ale offers an intense range of flavors. Geared towards today’s hop-heavy drink lovers it has the light body you would expect from a summer beer with a lot of spicy flavor thanks to a dash of rye. Its mellowed out by German hops that add in flavors of peach and mandarin oranges that help it to go down sweet and smooth.

A golden hued beer with the same light tones that the English Newcastle Brewery brings to its advertising, this a softer ale then you would expect from an English brewery. Rather than going for a strong hop filled flavor like many of the other summer beers on our list the Newcastle Brown Ale goes for a softer taste of nutty and lightly smoked wood flavors that its complimented by a fruity finish. It’s great for lighter dishes like oven roasted salmon. 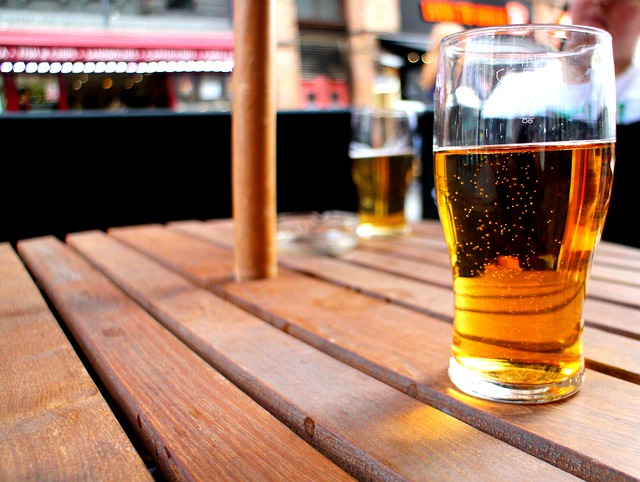 Fans of the Michelob Shocktop line will be glad to hear that the Belgian White offers the same zesty flavors they’ve come to expect from Shocktop. What makes this brew stand out as a great summer beer is its fresh take on a classic British drink known as a shandy. A lemonade and beer drink a shandy offers a sharp burst of citrus followed by the stronger flavors of a traditional British beer. The Belgian White captures those tastes perfectly breathing new life into an old drink.

Crafted by the Berghoff Brewery that got its start in Indiana in 1887 this traditional pilsner brings together German and American malts alongside four different German hops. Despite its name the Berghoff Hop-Forward Pilsner this summer beer doesn’t force a strong hoppy flavor on drinkers, instead it boasts a crisp somewhat sweet body. That crisp sweet flavor helps this brew go down easy to help quench your thirst during those sun soaked afternoons.

Brewed in the South of Belgium’s West Flanders by the Bravik brewery, Wittekerke which means “White Church” stands out from other Belgian beers. First off it doesn’t hit the required 25 percent wheat combined with barely usually required for Belgian beers. It also breaks away by adding a small amount of oats that give it a citrus fragrance and a tart flavor. Its rounded out by coriander and orange peel spices that help create a fruiter flavor.

7. Lazy Magnolia Song of the South

While the other summer beers on our list boast strong hoppy, fruity, or citrusy flavors this ale from the American South’s oldest brewery is sour. Song of the South is Lazy Magnolia’s version of a traditional German sour ale that gives summer beer lovers something different from what their used to. Despite its tart flavor the Song of the South has a light and refreshing body that makes it go down smooth even on the hottest summer days.