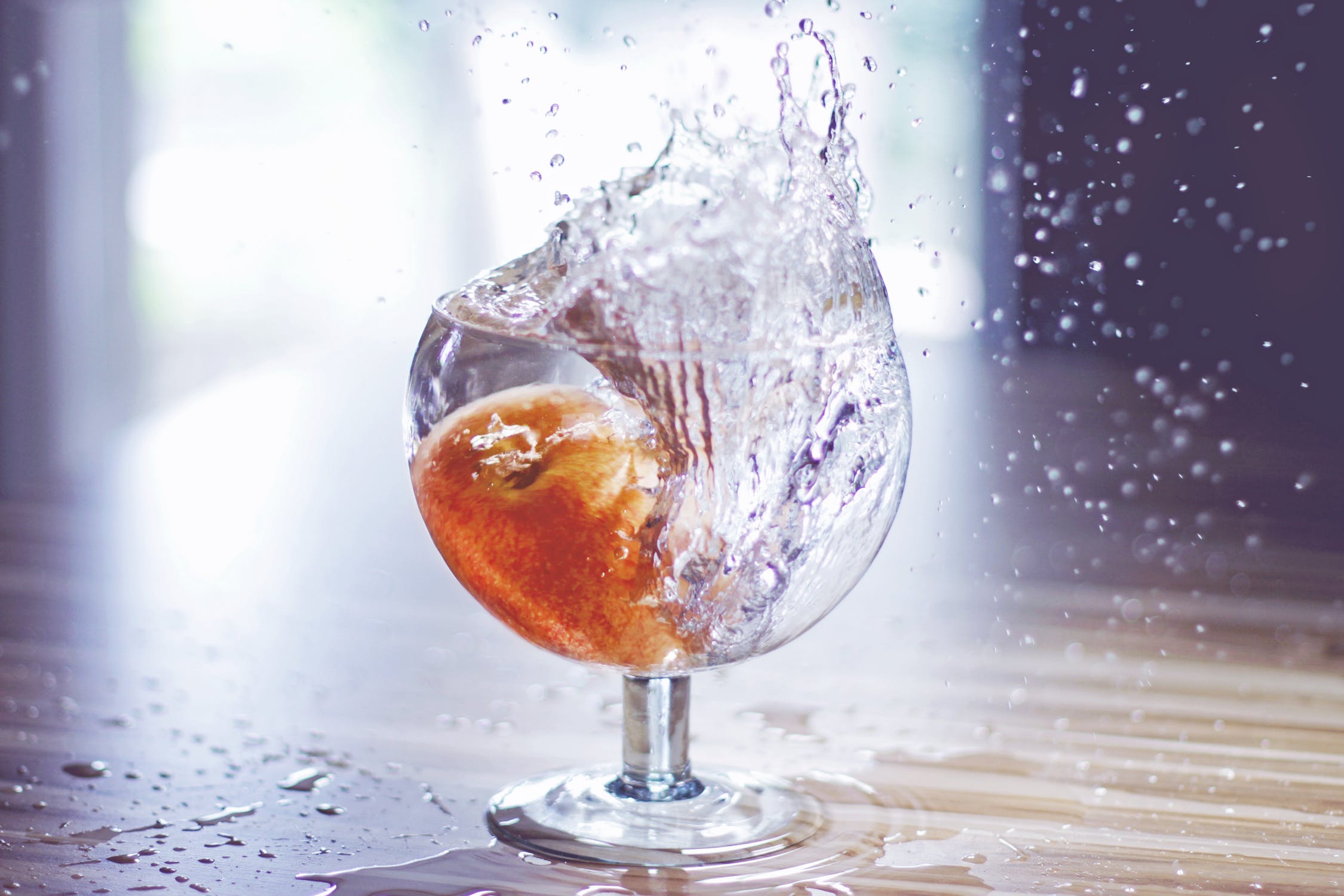 Vodka.  Coming from the Slavic stem word for “Water”, this distilled drink hales from at least as far back as the Middle Ages, with many historians pointing to the creation of the still (where “Distillation” gains its name)  in the 8th century C.E. as the first real iterations of what would become vodka.  This drink is distilled from plants that are naturally rich in sugars and starches, hence many grains and fruits being utilized in modern vodkas, but this process is especially responsible for the fame of the humble potato in the creation of this drink.

Vodka gained its enduring popularity in Russia in the late 14th century, but the forms found in that time were very different from the stiff and potent spirits found today.  In the early distillations, vodka rarely approached the now common 40% ABV, and was almost exclusively distilled in Moscow for several centuries.

With the Industrial Revolution came new mechanized tools and methods for rapid production, and like many other goods and products at the time, a great deal changed on the market. Both the lowered cost of production and elimination of production monopolies caused vodka to take off in the 18th and 19th centuries, allowing the previously excluded lower class to take vodka as their drink of choice.

So where does that leave the discerning drinker of modern times?  Vodka has gone through countless iterations during its centuries of innovation, and many of the forms found today are of a much stronger variety than their predecessors, with a minimum of 40% ABV (80 proof by US standards).  Despite the lower proof than many quality whiskeys and bourbons, vodka has a dubious reputation for causing a worse hangover than other spirits, causing unfair assumptions about the quality of the distilleries and their methods.

Of the types of vodka readily available in the USA, whether by regional distilleries or through import, a large number of brands exist that lend vodka the “low brow” reputation that it dubiously enjoys.  However, rest assured that a great many distillations exist that stand toe-to-toe against the finest bourbons and whiskeys.

This finer class of vodka is generally free of many of the aspersions leveled at its lower-tier cousins; an upscale vodka will not produce a worse hangover than any other spirit consumed to excess.

Please note; the prevailing attitude on vodkas is that they should be stripped down of as much unpleasant flavors as possible, thus claims on bottles that boast of a certain number of distillations.  This is not necessarily an indicator of quality or taste, but keep an eye on the labels of your purchases. 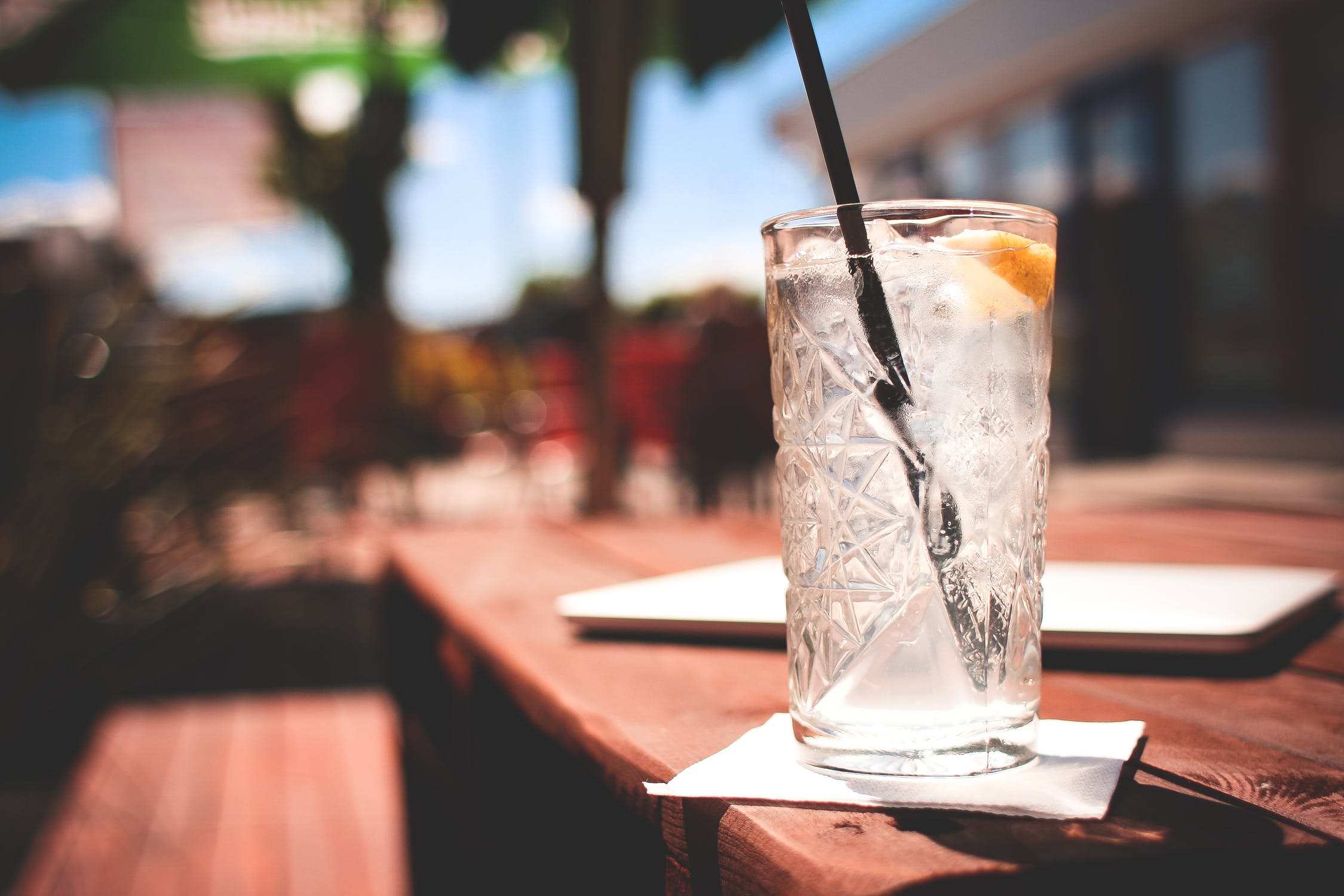 Many potato vodkas of medium range and below are noted for having something of an “oily” mouthfeel, which turns any drinkers towards distillations of other plant bases.  Woody Creek, situated in Colorado, decided to change that, utilizing two distinct potato breeds, Stobrawa and Rio Grande, which are a vodka-specific Polish heirloom potato, and a high-altitude strain beautifully suited for distillation, respectively.  These excellent source potatoes, coupled with a filtration-free process, create an atypically soft, creamy mouthfeel, with an immaculate finish.  Dubbed by its own creator as “martini in a glass”, Woody Creek Reserve is several cuts above what many would expect from a potato vodka.

Developed in Russia by a American David Katz, this floral vodka is distilled from both rye and wheat, and utilizes bases masterfully.  An interesting balance between having sweet, lighter notes, Zyr has a surprisingly full-bodied, assertive burn from front to back.  There are a few excellent “lighter” vodkas, but this is easily one of the better ones, and for the inherent quality of Katz’ creation, it is very reasonably priced.

Caution: the kick can sneak up on you while you are enjoying the other aspects of this delicious vodka.

Tito’s Hand-Crafted Vodka is a delight.  Like other corn-derived vodkas, Tito’s definitely has a sweet streak, but it is a cut above in its smoothness and its quality finish.  Based out of Texas, Tito’s has been winning awards for several years now, and with its ability to seamlessly bring together a quality cocktail, it is no wonder.  This was one of the first vodkas that I personally considered to mix well with other flavors.  If nothing else, the success story of one of the pinnacles of American vodka is an endearing read, and highlights the quality that went into this creation.

From the wine-famous Napa Valley of California comes this delicious family of corn vodkas.  It is notable that all of Charbay’s products are rendered from GMO-free corn from the American Mid-West, a health conscious decision that is something of a rarity in the industry.  Charbay can come off a little sweeter than average to some drinkers, but it lends a subtle smoothness to the burn. Typically 80 Proof, Charbay produces a limited number of fruit-flavored variants, but the standard offering makes an excellent Moscow Mule on its own merits.

It is difficult to talk about vodka brands without mentioning this France-based, wheat-derived drink.  Its signature blue and clear bottle stands out on any rack, and whether you want something to enjoy on the rocks or make a cocktail out of, Grey Goose can please people that normally do not enjoy vodka.   In that regard, Grey Goose is to vodka what Patron Silver is to tequila; an abnormally smooth crowd pleaser.

For an extra special something

This is exception to the “many flavors” rule listed above.  The minds behind the California-based Hangar One, Crispin Cain and Ansley Cole branched into their own company, Craft Distillers in 2014, and have since been putting some of the best flavored vodkas on the market.  While this awkwardly named spirit (all of Craft Distiller’s offerings have odd names) can be a little difficult to find, they do have a list of distributors by state on their website.

If you can find the opportunity to get your hands on a bottle of Vodka DSP CA 162, save it for a special occasion, it is worth it!

With these selections having been listed, please take note that there is a conversion between proof and ABV, and there is not necessarily a correlation between proof and flavor.  Higher proof is stronger, but many people find that an excessively potent spirit can detract from their ability to enjoy it, akin to hot sauce in that regard.

Try out different flavors, different proofs, and see if you like your vodkas to be made from a particular plant base.  If you hate wheat vodkas, you may enjoy a potato distillation.

If the flat neutrality of a triple (or more) distillation does not appeal, seek out of the rare single-distilled variations, like Caledonia Spirits Barr Hill Vodka, made primarily from honey.

There is a whole world of interesting vodkas out there, so begin your journey with a little research, a little patience, and an open mind, and you will be pleasantly surprised.