Your Guide to Different Types of Liquor

The most common way to celebrate is with a cocktail in your hand. Beer, wine, and champagne are very traditional go-to drinks, but can get a bit boring. Hard alcohol may seem intimidating, but can be a great-tasting, low-calorie alternative. This guide will help you navigate those waters and find the perfect drink for you!

Vodka has become increasingly popular in recent years, overtaking whiskey in popularity, because it is the lowest in calories and can be mixed with just about anything. It also comes in pretty much any flavor you could want!

While just the name probably makes you think of Russians drinking shots of it, different varieties are made in Central European countries, like Poland, as well as in France and the United States. If you have a gluten intolerance or sensitivity, look for vodkas made from potatoes, beets, corn, or grapes rather than ones made from wheat.

Vodka is easily mixed with tonic, seltzer water, or cranberry juice for the perfect happy hour well drink. In addition, some classic cocktails that you can order most anywhere are:

Drinks made with this spirit go surprisingly well with appetizers—cheese, smoked salmon, pickles, olives, caviar—because it is light and relatively tasteless and doesn’t take away from the flavor of the food itself.

If rum makes you think of sailors and pirates, that’s because it has its roots in the Caribbean. Rum is made from sugarcane or molasses, which has historically been a major agricultural export for this region. The British Royal Navy drank lots of rum, and so did the pirates who stole it from them.

Because of its tropical origins, rum is usually paired with fruity and sweet flavors. It comes in light or dark varieties; however, most mixed drinks use the light version. If you’re planning on taking a trip, try one of these classic beach cocktails:

If you’re looking for a more wintery rum drink, go with dark, spiced rum—it is great to sip on its own. Alternately, the Dark & Stormy is made exactly like a Moscow Mule by replacing the vodka with dark rum.

This sweet spirit perfectly complements other spiced and flavorful foods, like ribs, jerk chicken, sweet potato or winter squash, and dessert pies. If you’re brave enough to do it, dark rum can also be used when cooking. Use it to add flavor when glazing or marinating your meats, or as a substitute for vanilla extract when baking! 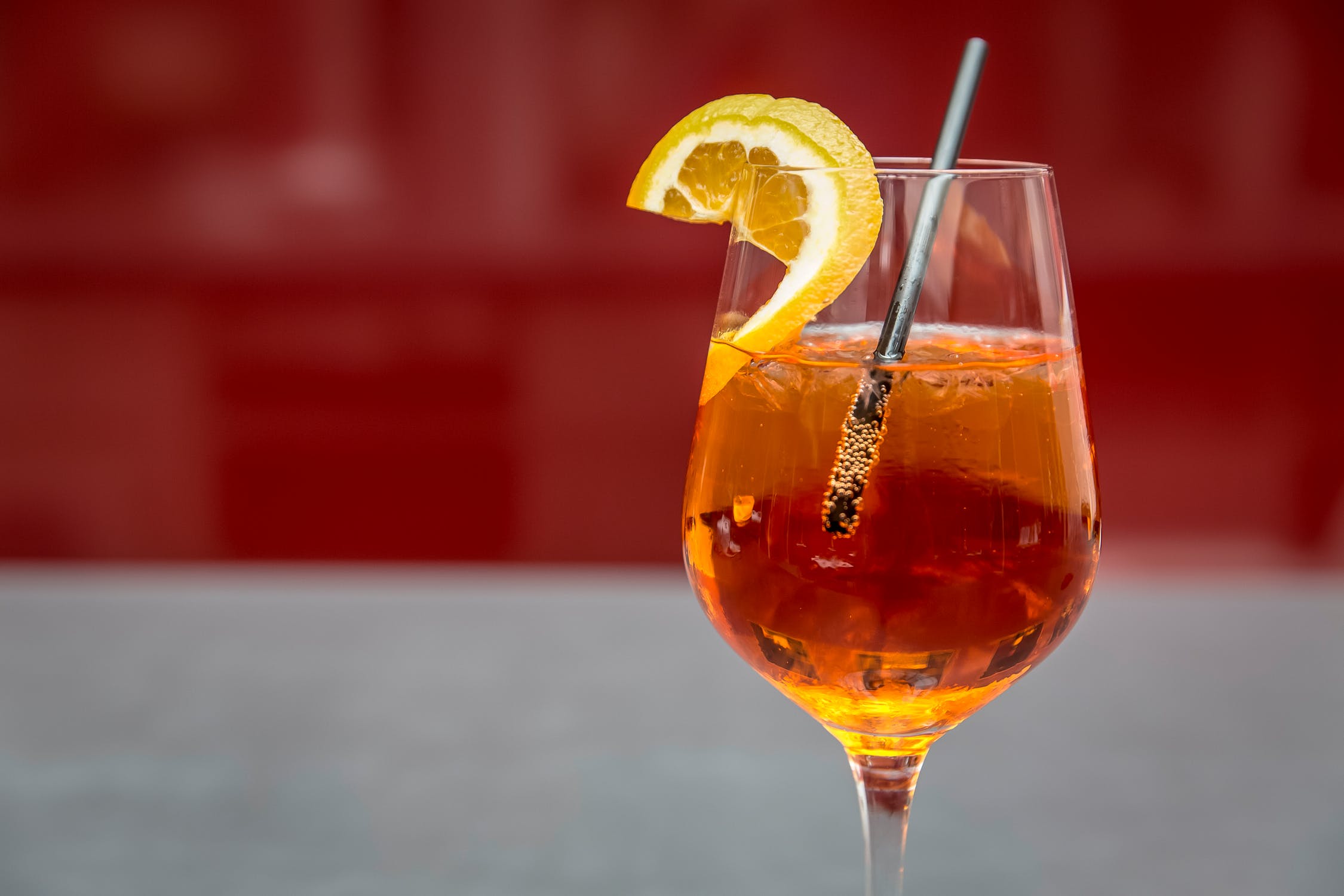 Originally created in the Netherlands for medicinal purposes, and later enjoyed by the Dutch and British navies alike, . Gin is given its distinct flavor because the liquor, made from grains or malt, is distilled with juniper berry. Other botanicals can be added to give each distillery its own unique flavor profile—take Hendrick’s cucumber and rose gin, for example—but the juniper berry is a requirement for it to be considered gin.

Because of its piney and foresty accents, it can be an acquired taste. Since it is already flavored, it is traditionally mixed very few, simple ingredients so that it can be the star; however, it is almost never had on its own, as many other liquors are.

Whether you have tried gin before and didn’t care for it, or if a gin with tonic or cranberry is your drink of choice, we recommend taking a risk on the following unique and flavorful gin cocktails:

There are two kinds of people: those that drink tequila, and those that don’t. This liquor has its origins in specific regions of Mexico and is made by distilling the blue agave plant.

Tequila has many classifications, which depend on the amount of time that the spirit has been aged. Silver (Blanco) tequila is not aged at all, while Rested (Reposado) and Aged (Añejo) tequilas are aged for two and twelve months, respectively. Then, there is Gold (labeled as Oro or Joven) are either flavored or are a mix of Silver tequila with a rested or aged one. The entire process is regulated by the Mexican government to ensure quality and authenticity.

You may have heard of the tradition in which whoever finishes the bottle has to eat the dried worm at the bottom. In fact, only tequilas from a certain state in Mexico have this little worm and it is purely for tourism and marketing. So, if you don’t want to eat that worm, you don’t have to (whew!).

Tequila can be taken as a shot (with the option to lick salt beforehand and/or chase with a lime wedge afterward in order to make cheaper brands easier to drink), sipped, or mixed into cocktails. Some traditional tequila drinks are:

Besides spicy Mexican food, tequila pairs very well with dishes that are light and citrusy, like ceviche,  grilled meat or seafood, and vegetable soups and salads.

If you’re new to the world of distilled liquors, whiskey can be somewhat intimidating and confusing. The reason there are so many different types and names for whiskey—whisky, bourbon, scotch, rye, brandy or cognac—is because it is made internationally and each place has its own nomenclature. For example, true Scotch is only made in Scotland; likewise, Bourbon is only made in the United States, mainly in Kentucky.

All types of whiskey are made from fermented grains and are aged in wooden barrels. Many claim that gluten is removed during the distillation process, but if you are gluten-free it’s always a good idea to talk with your doctor to confirm. You can look for whiskeys made from corn to be safe, but American whiskeys often use a mash (or a combination of several types of grain rather than just one), so make sure the one you are drinking is purely corn-based.

While some people can sip it neat or on the rocks, enjoying the bouquet of flavors like a fine wine, many of us cannot. If you’re one of those people, but are looking for a drink that will warm your belly and put a fire in your heart, skip the Old-Fashioned and Manhattans and try a Jack & Coke, a Whiskey Ginger, or some of these delicious whiskey cocktails:

Hopefully this guide helps you to feel more confident and gives you the courage to try something new. When in doubt, tell your bartender what you like and they can recommend a drink on their menu or create a signature cocktail just for you!