One of the most well known and best loved liquors in Greece is the locally made ouzo. You can find small cafes all over the country that serve ouzo with mezedes, salty and savory bites similar to Spanish tapas. Ouzo is a very strong liquor that usually has around 40% and upwards ABV. Traditionally many Greeks used to the beverage will mix it with some water and keep adding water as they drink to avoid the hangover affect that strong liquor can give.

It’s impossible to talk about a specific taste of ouzo, because there are hundreds of local brewers who add their own flavors, spices, herbs, and otherwise to their brews to give a unique flavor. The one constant flavor is the use of anise, an herb that grows locally in Greece and has been used as a flavor additive in other beverages over the years, most notably absinthe which can have a similar flavor as plain ouzo.

HOW IS OUZO MADE?

Ouzo is made in various ways, making it difficult to state that it needs to be made a certain way to be considered ouzo. One notable thing about this liquor is that it can only be made in Greece. The EU declared it to be a locally originating beverage that should not be duplicated elsewhere, similar to the restrictions on the use of the French name “Champagne”. 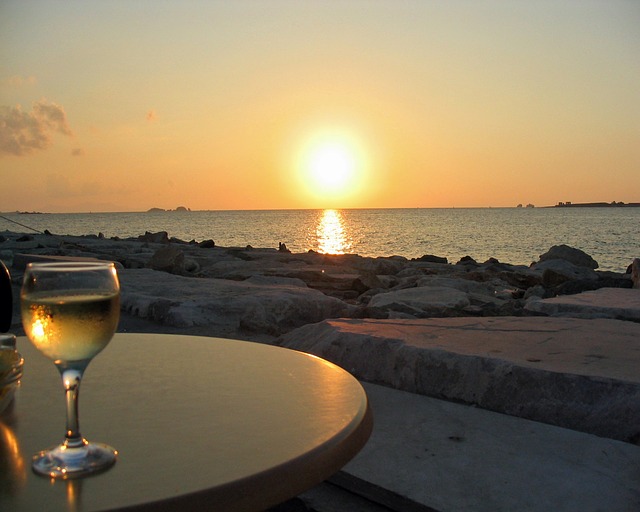 There are only a few things to pay attention to on a bottle of ouzo. One of the main things is to see if it is labeled as ouzo, ouzo style, or ouzo-like. Only official Greek ouzo can feature this name on the label as the type of drink, so you’ll know that way that it is legitimate.

Additionally, some bottles are labeled to tell you how they have been made. You can find them marked as distilled or else unmarked. There is not enough consistency to say definitively that all ouzo bottles are marked about their brewing process because they are made mainly by small producers.

Some ouzo brands are still made in the ancient manner that just involves combining ingredients and then bottling. There is no brewing involved, no refining, and no heat added at all. It is a very simple process that requires precise measurements and high quality ingredients. These ouzos usually have very sharp flavors and a strong, biting taste. Because they are not refined at all, you’ll probably taste the alcohol plainly and will want to mix the beverage with water.

Taking a cue from the traditional ancient ouzo, this type is made by cooking the ingredients together before bottling. While it’s not really a refining process, it is a way to create a smoother and more blended taste. Cooking also helps to take the edge off of the alcohol a little and make the drink smoother.

Distilled ouzo is considered as some of the best ouzo available from Greece by many people locally. It is much smoother and more drinkable than other types, though the alcohol content is still quite high. You can get a better aroma from some distilled ouzo as well as a good blend of flavors. Ouzo that has been distilled is not very common in some of the major regions of Greece, but is still frequently used by larger producers.

Ingredients that have been both cooked and distilled will bring an even more refined and blended taste to the glass. These are some of the most flavorful ouzos offered, but they will stick knock you off your feet with a high level of alcohol.

HOW TO GET THE BEST OUZO

If you’re outside of Greece, you will probably not find a very good selection of ouzo anywhere. Your best chance will be in local Greek restaurants or liquor stores in majority Greek neighborhoods. Because of the narrow choices, you can ask the bartender or worker at the establishment which ouzo they would recommend. It is mainly the distilled/cooked and distilled that are sold outside of Greece. If you are going to be in Greece, your options will be almost endless and you can try the ouzos locally to find which ones you like best.