THE VODKA OF JAPAN? TRUE FACTS ABOUT SHOCHU

Shochu is not a widely popular drink outside of Japan, but within the country it is one of the most popular alcoholic beverages available, even when compared to Sake. While Shochu has the nickname the “vodka of Japan”, you shouldn’t be misled into thinking that it is a strong, largely flavorless spirit similar to vodka.

In reality, Shochu can be a complex blend of flavors derived from a variety of different sources. A quality bottle of Shochu boasts a beautiful flavor and enticing aroma that will attract the attention of anyone who enjoys a nice drink.

HOW IS SHOCHU MADE?

The main process of making Shochu revolves around distillation. Two different methods are employed to distill Shochu, depending on the type of Shochu that is being made.

Generally the two categories used to refer to the different distillation method used are Ko-rui Shochu and Otsu-rui Shochu. The Otsu-rui type is considered to be the original, higher quality Shochu that is made with a single distillation process. This allows it to keep the pleasant aroma and flavors from the original mix of ingredients rather than taking on a more alcohol-based flavor.

Ko-rui, on the other hand, is distilled in a consecutive distillation process that that is much more complex and is used to separate the alcohol from the ingredients used to make the drink. What this does is make a mostly tasteless, nearly colorless drink with a high alcohol content. Before it is bottled and served, manufacturers will generally dilute the drink with water to bring the alcohol content close to or below 36%.

WHAT DESCRIPTIONS ARE GIVEN TO SHOCHU?

Descriptive words for Shochu all center on the type of ingredients that were used to make the beverage. You won’t find words like “sweet” or “dry” describing these beverages and will generally have to try a different type to get a better idea of the flavors it will hold. Usually those types made with similar ingredients will hold a similar taste and body feel. 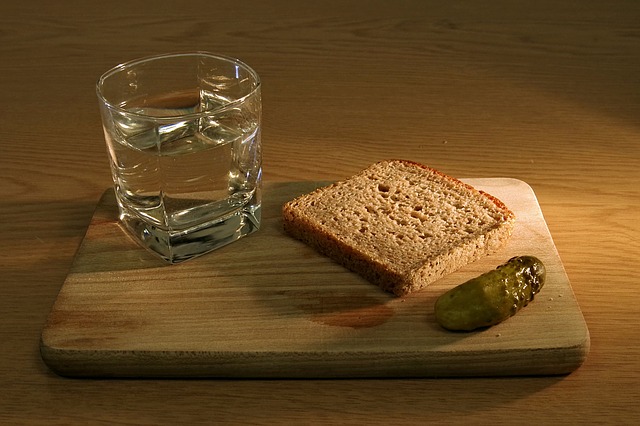 This is the basic type of Shochu that is one of the most common varieties. It is made from rice and does not hold a strong flavor or a high alcohol content, making it a pleasant choice with meals and great for beginners who have never tried the drink before.

Made from orange or white sweet potatoes, this type of Shochu has the strongest aroma and flavor of all the types. It is widely popular, but not always for those who have not tried the drink before. Imo is a popular Shochu to drink warm when the weather gets chillier.

Barley is used to make this type of Shochu. While it’s not as common all around Japan, it does offer a nice, mild flavor that is good for drinking after a meal. Newcomers to drinking Shochu might also enjoy sipping this variety in the beginning.

More of a location specific Shochu, you can find this type in the Amami Islands and some other places around Japan. It is made from brown sugar, so it tends to be a bit sweeter than the other Shochu types and offers a great flavor and aroma.

Boasting itself as the youngest variety of Shochu at around 40 years old, Soba is made from Buckwheat and has a mild flavor without much aroma or any bold notes. You won’t get a lot of surprises drinking this type, especially if you have had some other variety of Shochu before.

Made from a specific type of Thai rice, this drink is normally found in Okinawa and may not technically be considered an official type of Shochu. Because it is made in the same way as other types and has similar characteristics, it has been included on this list. Be careful drinking this Shochu, as the alcohol content is usually close to 30% or more.

This refers to a type of cocktail drink that is usually made with Shochu. It is a fruity blend that tastes great on the rocks.

CHOOSING THE BEST TYPE OF SHOCHU

Your favorite Shochu type will depend on the kinds of flavors you are more interested in. If you like bold flavors and aromas, they can be found. If you prefer mild flavors, strong drinks, or cocktail spirits they can also be found in different varieties of Shochu.